The newly launched, Canadian-based indie company welcomes the two executives; Newman as EVP of its global scripted operations, and Rankin as an in-house Executive Producer. Newman will seek talent in Canada and other regions, and Rankin will assist. 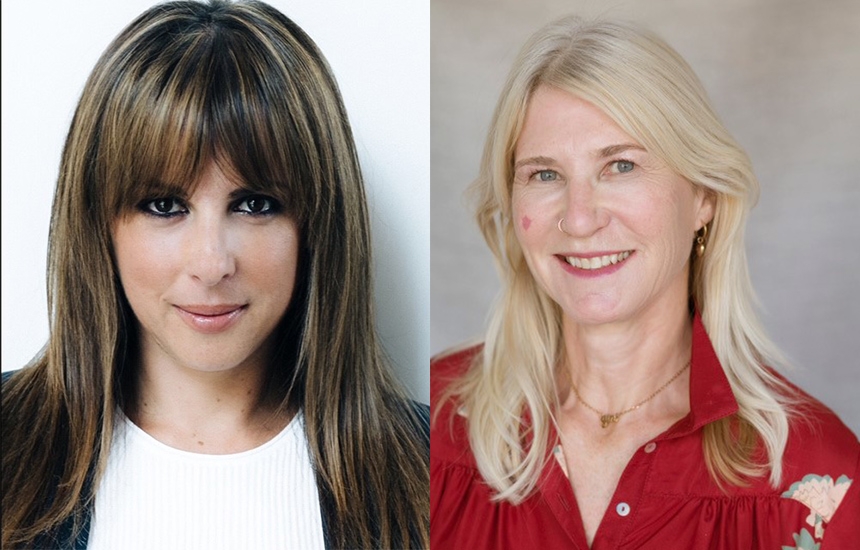 Blink Studios has appointed industry veteran Carolyn Newman as EVP, Global Scripted, effective November 22nd; and award-winning producer Virginia Rankin as in-house Executive Producer, effective immediately. "Carolyn and Virginia are a powerhouse duo making them an incredible addition to the team,” said  CEO John Morayniss. “Combined with their proven track records, keen instincts and strong relationships in the creative community, Carolyn and Virginia will establish a slate of compelling content while also supporting our producers and creative partners to help secure premium scripted IP and package talent for their projects.”

Based in Los Angeles and reporting to  Morayniss, , Newman will focus on the development of scripted content for the newly launched indie studio. Based in Toronto, Rankin will work closely with Newman to discover and work with new and diverse voices in Canada and internationally. Focusing heavily on a creative-first approach, BLINK STUDIOS is dedicated to partnering with best-in-class writers, creators and producers, as well as aggressively pursuing IP in Canada and throughout the world. The indie studio is committed to applying significant resources to support new and diverse Canadian voices. “Having previously worked with Carolyn and knowing first-hand her strengths in sourcing compelling commercial material, her talent for attaching the right creative team and her passion for supporting and inspiring writers to do their best work, we’re delighted to have her lead the creative efforts of BLINK STUDIOS. I’m also thrilled to have Virginia join us in Toronto," Rankin said.

Newman joins Blink Studios from Will Packer Media, where she served as Head of Scripted Television and Production and sold more than five shows into development to both streamers and broadcasters in just under a year.  Previously, she was Director of Original Series for Netflix where she developed 17 original titles, as well as Amazon Studios, where she was in charge of Development and Production on more than 15 series including Bosh, Hand of God, Britannia and Good Girls Revolt. She previously worked at Canadian production company Sphere Media Plus as the Vice President, English Development and Production /Executive Producer on 19-2.

Recognized worldwide, Rankin served as Executive Producer of Sphere Media's multi award-winning medical drama Transplant, which has aired to critical acclaim and ratings success on CTV and NBC. Prior to Transplant, Rankin served as Executive Producer of four seasons of the International Emmy-nominated police drama 19-2 (CTV) which won the Canadian Screen Award for Best Dramatic Series in 2015. She also executive produced This Life S1 and S2 (CBC) and Bad Blood (Netflix). Previously, Virginia was also Executive Creative Consultant on the CTV/CBS hit drama Flashpoint. “I’m also delighted to be reunited with Virginia as my creative partner. Having known her for over 15 years and having worked closely together on the drama series 19-2, I can’t wait to get going and make great stories for the world to see.”

As previously announced, the company is a newly launched content venture with Endeavor Content as its anchor investor and lead strategic partner. Headquartered in Toronto with offices in Los Angeles, the company works on development, production and monetization of premium scripted and unscripted content on a global scale. Endeavor Content has partnered with the company for worldwide distribtution. "

Carolyn and Virginia are a powerhouse duo making them an incredible addition to the team. Combined with their proven track records, keen instincts and strong relationships in the creative community, Carolyn and Virginia will establish a slate of compelling content while also supporting our producers and creative partners to help secure premium scripted IP and package talent for their projects.” John Morayniss CEO, Blink Studio