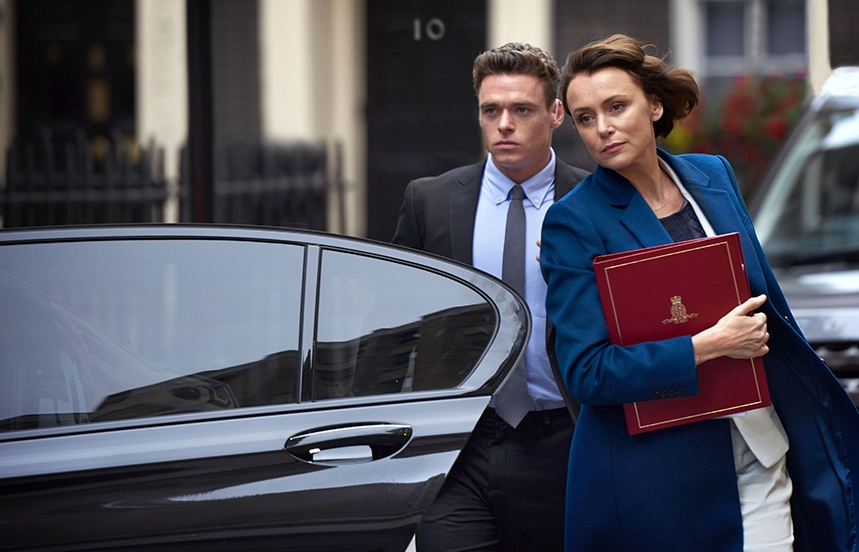 Created by Jed Mercurio and produced by World Productions for BBC One and Netflix, “Bodyguard” is making its way around the world for a second time following a flurry of deals with international broadcasters brokered by ITV Studios.

Ruth Berry, Managing Director, Global Distribution at ITV Studios, said, “’Bodyguard’ is a drama which needs little introduction, we’re honored to represent one of the UK’s most phenomenal hits thanks to the brilliance of Jed Mercurio and World Productions and are delighted that it is being enjoyed by an even wider audience as a result of these additional sales.”

The finale of “Bodyguard” consolidated to 15.2m (including non-TV viewing) making it the most-watched drama since current records began. The series tells the fictional story of David Budd (Richard Madden), a heroic but volatile war veteran now working as a Specialist Protection Officer for the Royalty and Specialist Protection Branch of London’s Metropolitan Police Service. When he is assigned to protect the ambitious and powerful Home Secretary Julia Montague (Keeley Hawes), whose politics stand for everything he despises, Budd finds himself torn between his duty and his beliefs.

ITV Studios has sold a range of its new, returning, and classic scripted titles to international broadcasters in recent months. Sony Liv in India has acquired the BBC One dramas “World on Fire”, “Noughts + Crosses” (Mammoth Screen), “The War of the Worlds” (Mammoth Screen and Creasun), Oscar-nominated Jeff Pope’s “A Confession” (ITV Studios Factual Drama for ITV), as well as all seasons of Agatha Christie’s “Poirot” (a co-production of ITV Studios and WGBH Boston in association with Agatha Christie Ltd.) and “Miss Marple” (ITV Studios for ITV).

Seasons 1 – 5 of Mammoth Screen’s “Poldark” have been picked up in China (AMC Encore), Russia (Yandex), and Greece (ERT); and seasons 1 – 6 of “Endeavour” in Korea (KTH) and South East Asia (BBC Player). Calamity Films’ hit comedy for Sky, “Brassic” has been acquired in Russia (Yandex), Spain (Filmin), South East Asia (BBC Player), Korea (KTH), and Australia (ABC Comedy). Seasons 1-6 of the comedy from Eugene Levy and Daniel Levy “Schitt’s Creek” (Not A Real Company Productions Inc. for CBC and Pop) have been sold to Scandinavia in a pan-regional deal with CMORE/TV4. “Isolation Stories”, a collection of four stories produced by Jeff Pope Drama during the lockdown, has been acquired in Israel (DBS), Belgium (VRT) and Korea (KT Corp.)

We’re honored to represent one of the UK’s most phenomenal hits thanks to the brilliance of Jed Mercurio and World Productions and are delighted that it is being enjoyed by an even wider audience as a result of these additional sales” Ruth Berry Managing Director, Global Distribution at ITV Studios