Some of the title featured in the catalog include "Witness Number 3," "The Thief, His Wife and the Canoe," and "The Tourist," among various others. 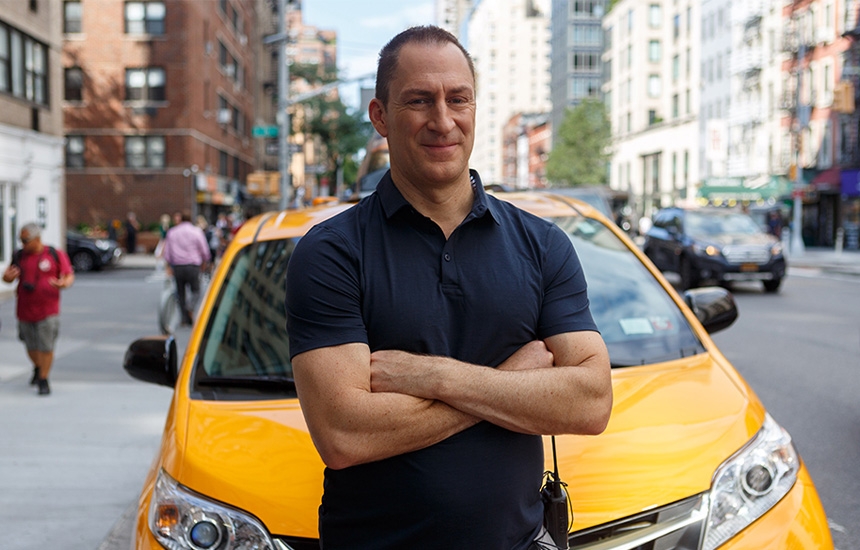 All3Media International is set to showcase a range of titles at this year’s LA Screenings with the distributor’s new VP of Latin America, Yari Torres, set to attend the market and present to clients across the region. “I’m thrilled to be representing All3Media International’s high-quality, multi-genre slate at the LA Screenings. It’s incredibly exciting to take this brilliant, diverse line-up to clients and discover great international partnerships for our content," Torres said.

The catalog features two contemporary thrillers, "Witness Number 3" and "The Thief, His Wife and the Canoe," both produced by the acclaimed team at Story Films. "Witness Number 3" is a taut, chilling thriller that follows Jodie, a woman thrown into the frontline of gang warfare after she unknowingly witnesses a murder and finds herself in the centre of a fight to bring down a terrifying campaign of intimidation for her silence. Also from Story Films is the ratings-winning, stranger-than-fiction true-crime drama "The Thief," "His Wife and the Canoe," which tells the story of Anne and John Darwin, the couple who deceived the world, their family and friends after John faked his death to claim life insurance and avoid bankruptcy. “Story Films continue to produce utterly compelling, high-quality dramas," Torres commented. '"Witness Number 3”'is a masterclass in bone-chilling tension. Featuring a magnetic central performance from The Feed’s Nina Toussaint-White it will have audiences on the edge of their seat. T'he Thief, His Wife and the Canoe' is a totally captivating drama, offering a fresh take on the traditional true-crime narrative. Led by transformative performances from BAFTA winner Monica Dolan as Anne and Eddie Marsan as John, it is brought to life by Chris Lang’s poignant, humorous and insightful script.”

The company is also set to showcase "The Tourist," led by Jamie Dornan and created by the Emmy-winning producers Jack and Harry Williams. Dornan stars as ‘The Man’, an enigmatic character, who after an epic car chase in the Australian outback wakes up in hospital, hurt, but alive and with no idea of who he is. Forced on a surprising, brutal, and often funny journey of self-discovery, he must unlock the secrets of his identity and stay one step ahead of the people trying to kill him.

The show's cast includes Danielle Macdonald, Shalom Brune-Franklin, Damon Herriman, Ólafur Darri Ólafsson and Alex Dimitriades. Serving as the second series commission, the scripted six-part thriller "Close To Me" stars Connie Nielsen and Christopher Eccleston. Based on Amanda Reynolds’ bestselling novel, the series follows Jo, a woman who seems to have it all; a beautiful house, a loving husband and two grown-up children. But after an accident, Jo suffers memory loss and finds she has forgotten the last year. With a growing sense of unease around those closest to her, she must play detective in her own life and piece together what really happened the night of the accident.“With gripping plots, smart storytelling and the star power of Jamie Dornan, Connie Nielsen and Christopher Eccleston, audiences across the region will be captivated by these dazzling thrillers," Torres said.

The distributor will also be presenting the multi-award-winning scripted format "Shameless." Created by Company Pictures, the title follows the rollercoaster lives of a growing, unconventional family living in a run-down housing estate. With their estranged father having more children every year, this unique family unit must use wit, humour and occasionally crime to survive. Created by Emmy-winning screenwriter Paul Abbott, the format has been adapted across multiple territories, including the U.S. where it ran for 11 seasons and won 4 Emmys.  Studio Ramsay’s culinary business competition "Gordon Ramsay’s Future Food Stars" also forms part of the slate. “Audiences across the region love Gordon Ramsay’s high-drama, enormously entertaining series and we are sure that this latest series will hold huge appeal for clients and their audiences,” Torres shared.

Several formats are also available from All3Media International’s catalog, including ShinAwil’s primetime family-friendly gameshow "Last Singer Standing" and Lion TV’s "Cash Cab," which gives members of the public the surprise chance to win a small fortune on their cab ride. “From the ultimate combination of talent and tactics in ‘Last Singer Standing’, to the simple, engaging and affordable Cash Cab’, these established and new formats offer universally entertaining, family-friendly and easily adaptable content for buyers across the region," Torres said.