During LA Screenings 2022, Paramount celebrated a special event where the company took the opportunity to show its content highlights and focused on the strong growth of its streaming platform, Paramount+. 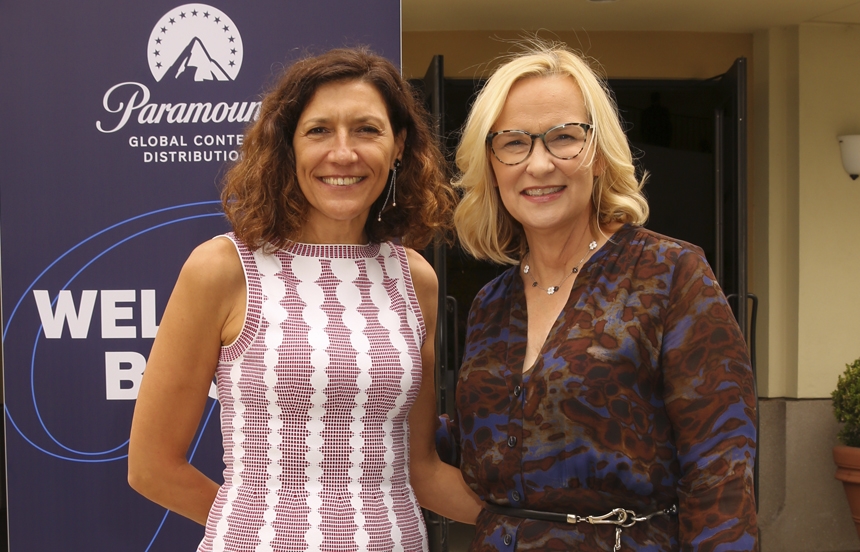 During LA Screenings 2022, Paramount Global Content Distribution celebrated a special event where the company took the opportunity to show its content highlights and focused on the strong growth of its streaming platform, Paramount +, which to date is present in 25 territories and is about to be launched in many more European and Asian countries.

Lisa Kramer, President of International TV Licensing of Paramount Global Content Distribution at Paramount Global, who also was the host of the event, talked about the strength of the company's catalog, and stressed the magnitude and power of the unified group. “We are strategically putting out the message that we are now one unified distribution organization. I think we are the second largest supplier of content globally. When we broke out each of the content pillars, it is truly impressive,”  Kramer told Señal News during the company’s screenings.

Most of the new content presented at the event was from CBS Studios. The four new series, which are part of CBS’ 2022-2023 primetime programming lineup of originals, are the dramas “East New York,” starring Amanda Warren as the newly promoted boss of the 74th Precinct located on the edge of Brooklyn; “Fire Country,” from Jerry Bruckheimer and inspired by series star Max Thieriot's experiences growing up in Northern California fire country; humorous legal drama “So Help Me Todd,” starring Marcia Gay Harden as a meticulous successful attorney and Skylar Astin as her aimless private detective son she hires to work for her law firm; and the reality romance adventure “The Real Love Boat,” inspired by the classic hit scripted series "The Love Boat."

Paramount Global Content Distribution also presented previews of new series that will be key in Paramount+'s strategy, such as “American Gigolo,” an upcoming drama series based on the 1980 film of the same name; “Three Women,” based on the book of the same name by Lisa Taddeo; “Walker: Independence,” which is a “Walker” origin story set in the late 1800s; spy comedy series “Ze Network”; “Munich Games,” a drama about a friendly soccer match between Israel and Germany five decades after the terrorist attack during the 1972 Olympics; and romantic comedy “Colin From Accounts.”

“I do not know if it is the pressure of merging a company, but everybody is doing their best. What we are trying to achieve is the best outcome for the content, one show at a time. Each of our studios, like CBS Studios, Showtime, and all the premium pillars which are feeding Paramount+, are firing on all cylinders. The theatrical slate is also incredible. It is a great moment for our company from a content perspective, there is no question,”  Kramer said.