On its 23rd anniversary, the French specialist in children’s animation has announced new animated series in production and development, as well as a new studio named Chromatik. 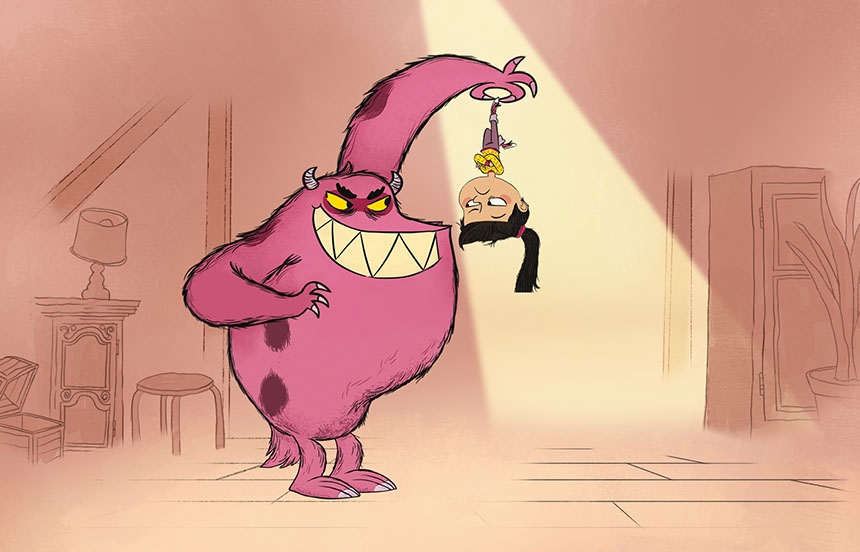 "The How to Shrink Show"

Currently in production for Canal + Kids, Toon Factory announces "The How to Shrink Show", based on the hugely successful comic by Roland Garrigue and Catherine Leblanc, published by Glenat. This 52x11’ 2D comedy for 5–7-year-olds pits children against the monsters that they always manage to “spifflicate” with humour and intelligence.

Under development for France Televisions, the French company is presenting "Moods", a 78x7’ series for 3–5-year-olds, created by Séverine Vuillaume and Nathalie Reznikoff, based on an original idea by Séverine Vuillaume. “Moods” is inspired by innovative and increasingly popular educational methods. Both positive and comforting, the Moods enable children to discover their emotions and to learn how to handle them in common everyday conflictual situations.

Regarding the new projects, "The Mad Scientist’s Daughter" is a series based on the eponymous best-selling comic books by Mathieu Sapin published by Editions Shampooing, Groupe Delcourt. Mathieu Sapin and Guillaume Mautalent wrote the literary bible for this 52x12’ totally off-the-wall series for 6–10-year-olds. It is inspired by the personal lives of the two authors and will take children into a crazy world, rooted in reality but tinged with fantasy.

Last but not least, "Elf & Co", an original series of 53x13’ for 4–7-year-olds written by Alexandre Révérend ("Sam Sam") with graphic design by Virginie Kypriotis ("The Amazing World of Gumball").

NEW ANIMATION STUDIO IN MARSEILLE
Thierry Berthier has also just co-founded, a 2D and 3D animation production studio in Marseille called Chromatik alongside with Mathieu Morfin (Director, Studio Manager) and Christophe Camoirano (Girelle Production). Chromatik will develop projects for both production companies (Toon Factory and Girelle Production). It will also provide services for other companies from both France and abroad.

“I am very pleased to be the treasurer alongside President Mathieu Morfin and Christophe Camoirano, one of the first members,” said Thierry Berthier. “This fertile environment, along with the ever-growing demand in animated content, seems to us to provide the ideal conditions for the creation of Chromatik in a city as important as Marseille, where this business has not been particularly represented. It is a wonderful springboard for creating local jobs”.

Tags
Moods The How to Shrink Show Toon Factory Chromatik