The four-part series was co-commissioned with BBC Wales and will air next year on BBC One and iPlayer. All3Media International will distribute the series internationally. 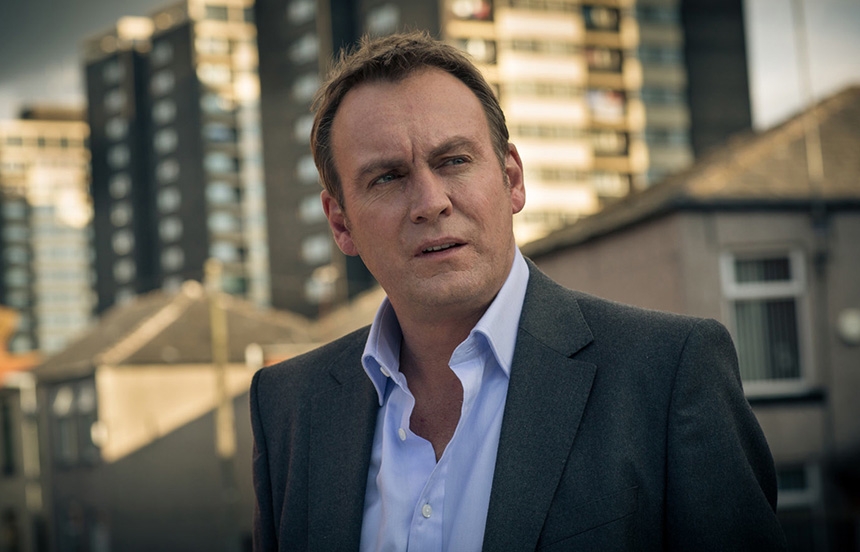 Filming has begun on "Steeltown Murders" (w/t), a new factual drama written by Ed Whitmore ("Manhunt") and made by Severn Screen ("The Pembrokeshire Murders") for the BBC in association with All3Media International. The four-part series was co-commissioned with BBC Wales and will air next year on BBC One and iPlayer.

Set in both 1973 and the early 2000s, "Steeltown Murders" (w/t) centres on the hunt to catch the killer of three young women in the Port Talbot area and the remarkable story of how - in the first case of its kind - the mystery was solved almost thirty years later using pioneering DNA evidence. All3Media International will distribute the series internationally, additional funding support has been provided by Welsh Government via Creative Wales.

Philip Glenister ("Life On Mars") and Steffan Rhodri ("In My Skin") lead the cast as DCI Paul Bethell and Phil ‘Bach’ Rees, with their younger selves played by Scott Arthur ("Good Omens") and Siôn Alun Davies ("The Sandman") respectively.

Executive Producer Ed Talfan of Severn Screen says: “We are hugely grateful to the BBC, All3Media International and Creative Wales for their support on the project. We are thrilled to be collaborating with Ed Whitmore and Marc Evans, and look forward to delivering a compelling and compassionate drama. The most important aspect of this project is remembering that the events of 1973 are still fresh in the minds of many people. Ed Whitmore and Marc Evans have worked on a number of challenging fact-based dramas and are working closely with our incredible cast and crew to bring this true story to the screen.”

Philip Glenister says: “Ed’s scripts are a poignant and compelling read, balancing the tragic events alongside the revolutionary advances in DNA profiling which were crucial in this case and many others since. I’m also very happy to be part of a production filmed in south Wales where I have my own family connections.”

Steffan Rhodri adds: “I’m honoured to be teaming up with Marc Evans again to work on this moving new drama. It’s a harrowing story set in the community where I grew up, and the dedication and innovation shown by those who finally cracked the case make it a fascinating venture for me.”

Ed Whitmore says: “I was drawn to this tragic true story because it’s ultimately as much about the scarring effects of an unsolved crime on a community as it is the crime itself. The narrative unfolds on two timelines - 1973 and 2002 - and the chance to chart the interweaving lives of our characters across this epic canvas is quite simply a gift to a dramatist.”

Rebecca Ferguson, Commissioning Editor for BBC Drama says: “'Steeltown Murders' (wt) is an important account of the events that affected a Welsh community in 1973. The series explores the very nature of justice and what it means to live on in the shadow of such brutal tragedy. Helen Perry and I are very grateful to be working with Ed Whitmore, Marc Evans and the team at Severn Screen who are thoughtfully bringing this story to life.”

Nick Andrews, Head of Commissioning for BBC Wales says: “In this profoundly moving series it required the very best in the business to gather together to do their very best work. In Marc Evans and Ed Whitmore we have two of Britain’s premier storytellers doing just that. Severn Screen have pulled together an extraordinary team both behind and in front of the camera. It’s a great privilege for BBC Cymru Wales to be involved in this project. This story will touch audiences not just here in Wales but right across the UK.”

Produced by Severn Screen for the BBC, "Steeltown Murders" (w/t, 4x60') is written by Ed Whitmore and directed by Marc Evans with Hannah Thomas serving as producer in association with All3Media International. Executive producers are Ed Talfan, Jon Hill and Ed Whitmore for Severn Screen, and Rebecca Ferguson and Helen Perry for the BBC.

Deputy Director of Creative Wales, Gerwyn Evans, says: “This important new drama will bring to light the impact these tragic events had on the community, it’s important that these Welsh stories are told to an international audience. This production also showcases Welsh talent both in front of and behind the camera. Creative Wales investment into productions like this means we’re able to build on Wales’s skills base in film and television, ensuring the sector has the pipeline of talent it needs both now and in the future. I am glad to see that six new trainees have been given an opportunity to work with Severn Screen on this project and look forward to the announcement of more exciting screen projects in the near future.”