The series is a co-production of Sky, with Cattleya and Groenlandia, in collaboration with ITV Studios and it will soon premiere on Sky and NOW. 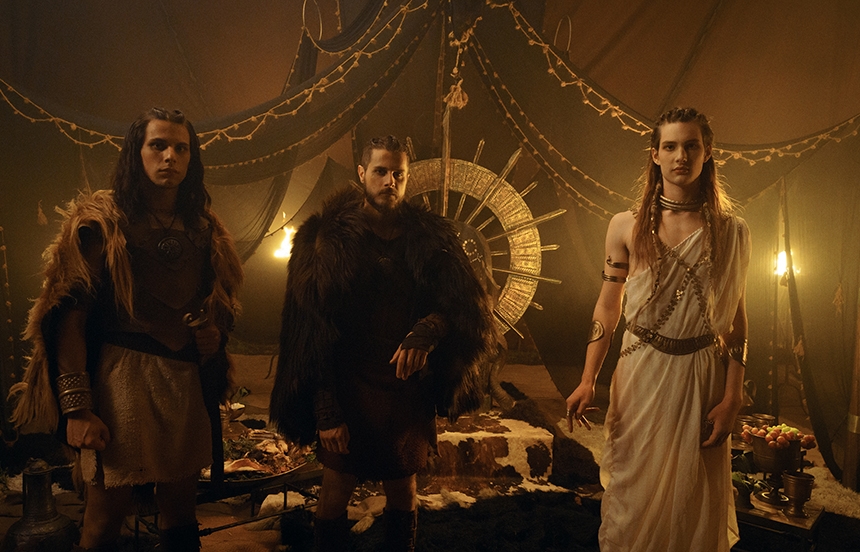 Sky revealed first-look images for the second season of the Sky Original series "Romulus", the journey between history and legend back to the origins of the myth of the founding of Rome from Matteo Rovere. The series will premiere soon on Sky and NOW.

Filming for the new episodes of the series produced by Sky, Cattleya – part of ITV Studios - and Groenlandia, in collaboration with ITV Studios, are currently taking place in Rome and its surroundings and will continue until November.

A project extremely focused on sustainability, whose aim is to become the most environmentally sustainable Sky Original Italian production to date. The challenge represented by the production of the second season of Romulus is a significant step towards going net zero carbon by 2030, thanks to the “Sky Zero” campaign embraced by the Sky Group.

Just like the first season of the series, already distributed by ITV Studios in more than 40 territories, also the second series is entirely filmed in archaic latin and again directed by Matteo Rovere, Michele Alhaique and Enrico Maria Artale, joined by Francesca Mazzoleni ("Punta Sacra") who is going to direct one of the new installments.