The Italian prison drama produced by Sky Studios and Fremantle’s The Apartment and Wildside will debut on Sky and TV streaming service NOW in March. 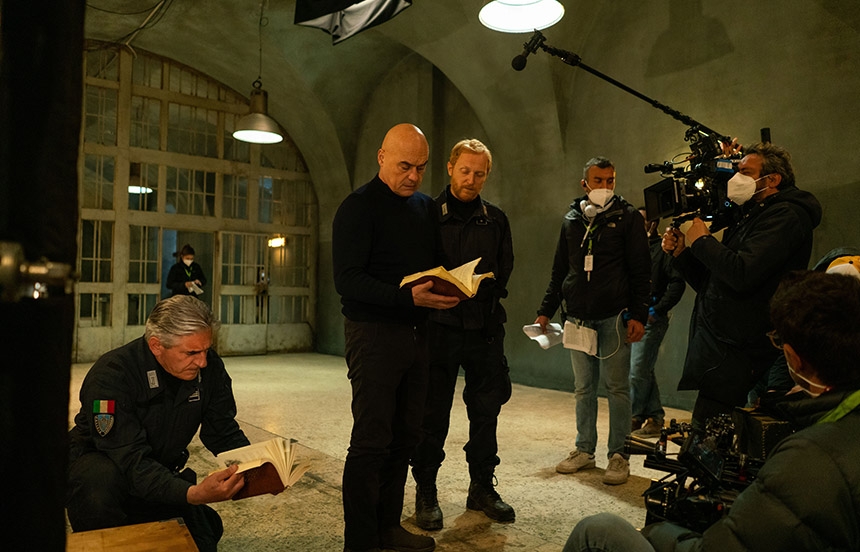 Sky has revealed the first-look trailer and images of its new Sky Original drama series "The King", produced by Sky Studios with Lorenzo Mieli for The Apartment together with Wildside, both Fremantle companies, in collaboration with Zocotoco. Fremantle will also handle international sales.

"The King", an eight-part drama directed by Giuseppe Gagliardi and starring Luca Zingaretti, ("Non Uccidere") has Zingaretti in a role that is the farthest from what has made him one of the most famous and loved faces on TV and in Italian cinema: the role of the controversial director of a border prison, the absolute king of the San Michele penitentiary where none of the State laws have any value, because good and evil depend exclusively on his judgement.

Joining the cast alongside Luca Zingaretti in the role of chief Bruno Testori, is Isabella Ragonese ("Lei mi parla ancora"), as a prison police agent of San Michele, Anna Bonaiuto ("Loro"), who plays the role of the Public Prosecutor who is investigating in the network of illegal connivances that bring back to Testori, Barbora Bobulova ("Scialla!"), who in the series will be the former wife of the character played by Zingaretti and Giorgio Colangeli ("Il divo") as Iaccarino, prison warden and a good friend of Bruno Testori.

HIS OWN LAWS
San Michele is a border prison where Bruno Testori, the Director, carries out his personal idea of justice, his fourth degree of judgement, over and beyond the courts’ laws and the codes of criminal procedure. Behind every prisoner there is a story, a life that went wrong: and even if outside of the prison the first life that went wrong is actually his own, inside of the San Michele prison Bruno is the absolute king.

Ruthless with those who deserve it and unexpectedly compassionate with others, always following the principles of his own distorted and obscure morals. But when the kingdom risks crumbling down, threatened by an imminent danger, Bruno will have to fight the most difficult war.