His shows "The Masked Singer Brasil" and "The Bridge Brasil" have been included in the list of nominees to compete for the prestigious award of international renown. 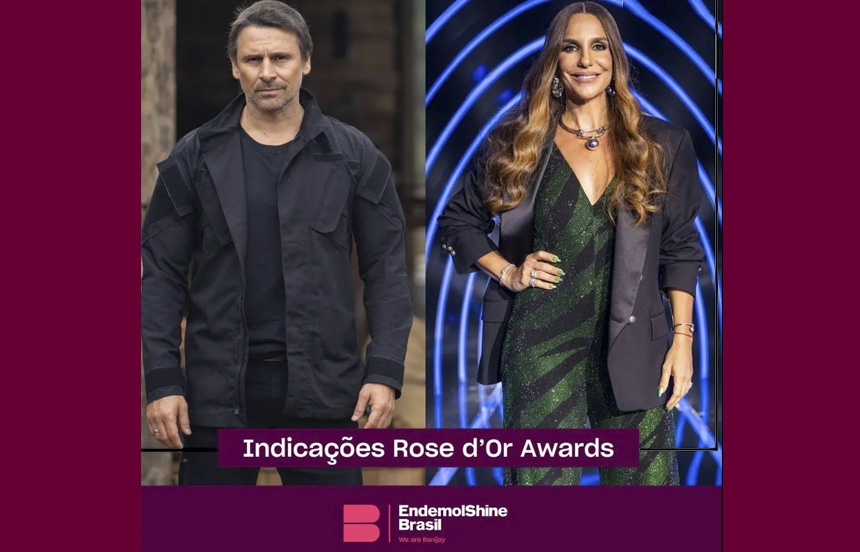 Endemol Shine Brasil, a Banijay Group company, announced that two of its most successful programs were nominated for the 2022 Rose d'Or Awards, an award that annually distinguishes the best international television, audio and online content. "The Masked Singer Brasil" and "The Bridge Brasil" are on the shortlist, along with 200 productions from 30 different world territories. The winners will be announced on November 28 by the European Broadcasting Union.

"The Masked Singer Brasil" premiered its second season this year on Globo. It is a musical reality produced by Endemol Shine Brasil and hosted by Ivete Sangalo, which presents personalities from the most diverse areas hiding their identities while competing with each other. The program, which is already preparing its third season for 2023, was selected in the category of Studio Entertainment, competing with programs from the BBC, Disney, among others.

"The Bridge Brasil" is a production of Endemol Shine Brasil for HBO Max and brings an innovative proposal by creating a metaphor about the construction of bridges and interpersonal relationships, with a common goal.

In the reality show, 14 people must think of the best strategy to create a bridge that will lead them to the prize of BR$ 500 thousand. For this, they only have 20 days in an environment away from technology and comfort to understand that, unlike other programs, this is not about competition, but about union. With great public success, the format competes in the Reality and Factual Entertainment category.