Netflix reported its fiscal second quarter earnings on Tuesday and its numbers showed a narrower loss than expected, as it dropped about 970.000 subscribers, when analysts expected a loss of approximately 2 million. 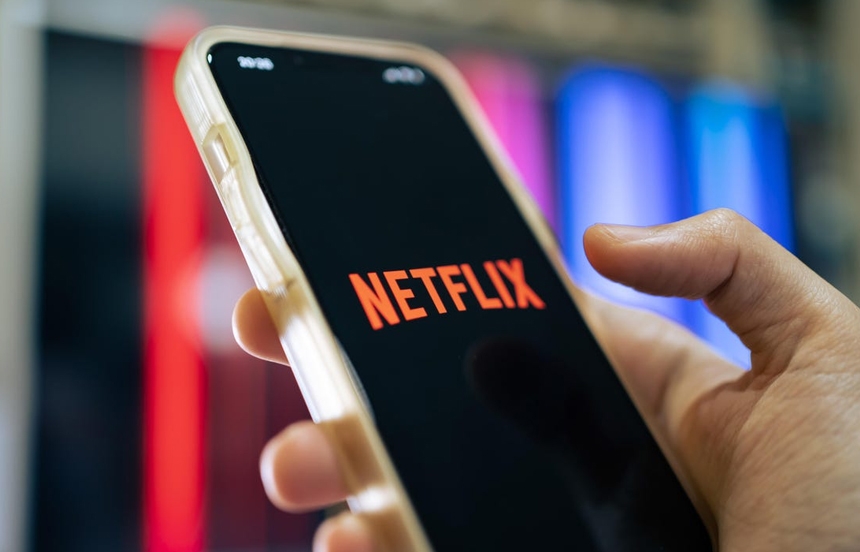 Netflix reported its fiscal second quarter earnings on Tuesday and its numbers showed a narrower loss than expected, as it dropped about 970.000 subscribers, when analysts expected a loss of approximately 2 million. The announcement caused the company’s shares to surge more than 8% in after-hours trading.

“We’ve been through hard times before. We have built this company to be flexible and adaptable and this will be a great test for us and our high performance culture. We are fortunate to be in a position of strength as the leader in streaming entertainment by all metrics (revenue, engagement, subscribers, profit and free cash flow). We are confident and optimistic about the future,”  the company wrote in the investor letter.

In order to accelerate its revenue and membership growth, Netflix recently announced that it will ask its customers in five Latin American countries to pay a fee if they want to use their account in additional homes, in another move the company hopes will curb password sharing and, therefore, generate additional incomes from the many people using borrowed accounts.

In detail, customers in Argentina, El Salvador, Guatemala, Honduras, and the Dominican Republic will be asked to pay an extra fee if they use an account for more than two weeks outside of their primary residence. This follows the launch of an “add extra member” feature in Chile, Costa Rica, and Peru a couple of months ago.

Before the company announced its earnings report for the second quarter, Parrot Analytics analyzed Netflix’s global demand share for streaming originals and discovered that it plummeted from 45.2% in Q1 2022 to 41.2% in Q2 2022, another all time low. The last time Netflix’s global share dropped more than this was in the fourth quarter of 2019, when both Disney+ and Apple TV+ entered the market. 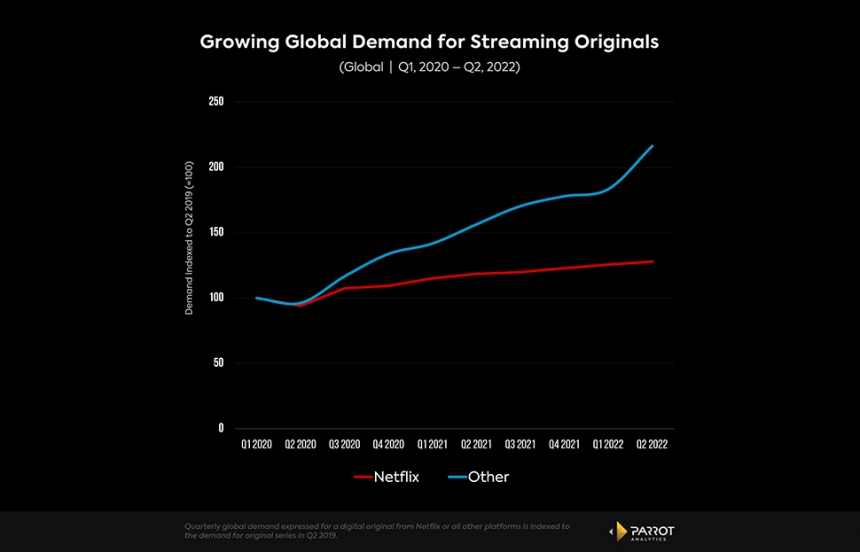 “It’s not surprising to see Netflix drop down or set another record low in global original demand share, but the scale of this quarter's loss - especially without a major new streamer launching - is jarring,”  Parrot Analytics said in its latest report. “Netflix can often count on healthy overall demand growth even when its share drops, but the total demand for Netflix originals remained virtually flat in Q2 2022, despite record setting US and global demand for new episodes of ‘Stranger Things,’”  the research firm added.

According to Parrot, consumers in the United States and worldwide are responding to content available on Netflix’s competition. In the second quarter of the year, Netflix’s six primary competitors in demand for original content, Prime Video, Disney+, HBO Max, Apple TV+, Hulu and Paramount+, had a combined global demand share that was larger than Netflix’s for the first time ever. 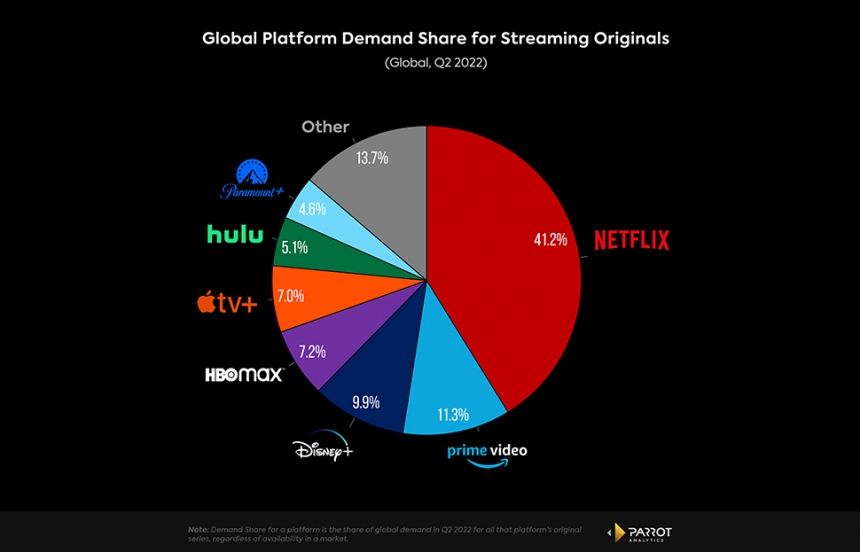 As Netflix’s share price has dropped over the last three quarters, the company is rethinking its entire business philosophy, preparing to launch an advertising tier while cutting personnel and trimming content budgets. “These moves should boost revenue and potentially draw in new consumers turned off by its relatively high price point, but above all Netflix needs to get back to the fundamentals of the streaming business - releasing highly in-demand original content to grow and retain its subscriber base,”  the report concluded.