Netflix announced that its lower priced ad-supported plan, which the company calls Basic with Ads, will cost US$6.99 a month in the United States and launch on November 3. 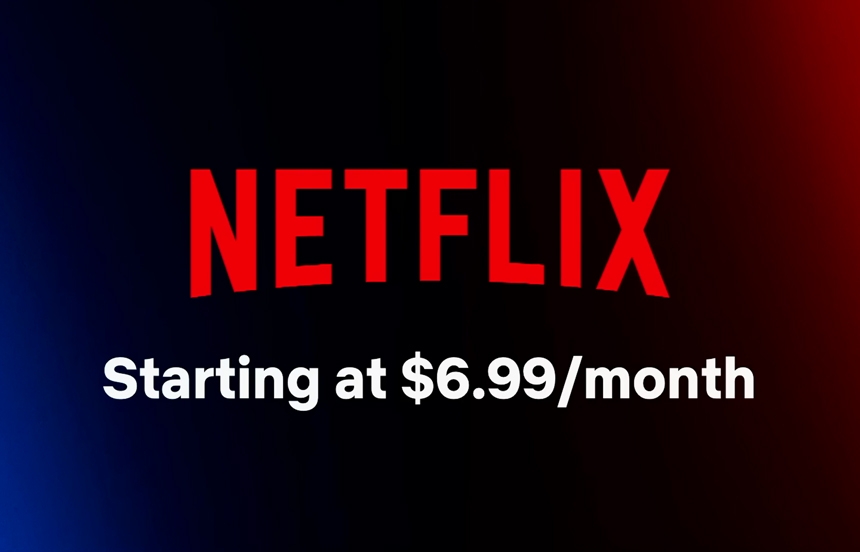 Netflix announced that its lower priced ad-supported plan, which the company calls Basic with Ads, will cost US$6.99 a month in the United States and launch on November 3. This ad-version of the service will be initially available in Australia, Brazil, Canada, France, Germany, Italy, Japan, Korea, Mexico, Spain, the UK and the United States. 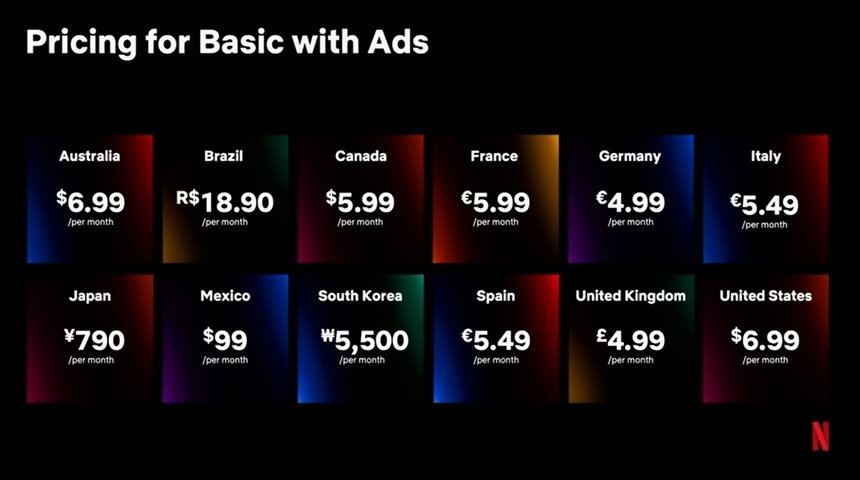 The streamer’s current plans and members will not be impacted. Basic with Ads complements Netflix’s existing ad-free Basic, Standard and Premium plans. In fact, Basic with Ads will offer all the features of the Basic plan, with a few differences: video quality will be up to 720p/HD (now for both Basic with Ads and Basic plans); it will have an average of 4 to 5 minutes of ads per hour; a limited number of movies and TV shows will not be available due to licensing restrictions; and the users will not have the ability to download titles. 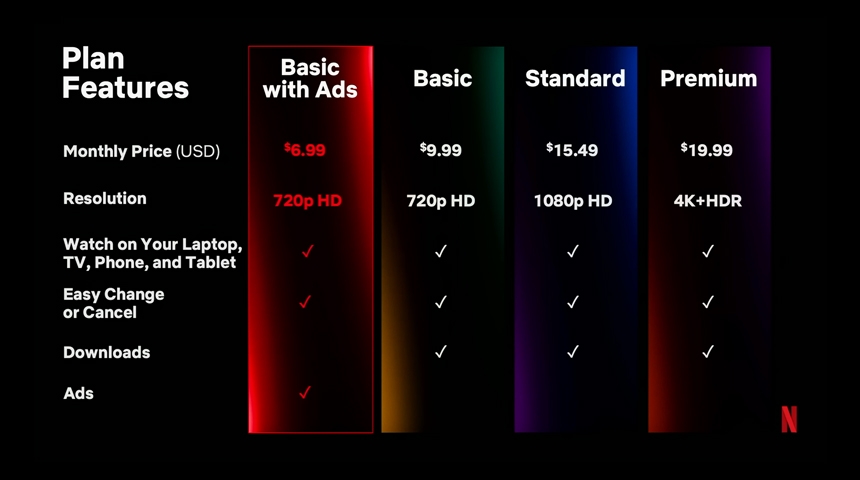 “In short, Basic with Ads is everything people love about Netflix, at a lower price, with a few ads in-between,”  the company said in a statement. “Basic with Ads also represents an exciting opportunity for advertisers — the chance to reach a diverse audience, including younger viewers who increasingly do not watch linear TV, in a premium environment with a seamless, high-resolution ads experience,”  the statement added.

At launch, ads will be 15 or 30 seconds in length, which will play before and during shows and films. To help advertisers reach the right audience — and ensure ads are more relevant for consumers — Netflix will offer broad targeting capabilities by country and genre (e.g. action, drama, romance, sci-fi). Advertisers will also be able to prevent their ads from appearing on content that might be inconsistent with their brand (e.g. sex, nudity or graphic violence).

To verify the viewability and traffic validity of its ads starting in the first quarter of 2023, Netflix has signed partnerships with DoubleVerify and Integral Ad Science. Moreover, to enable advertisers to understand how Netflix can reach their target audience, Nielsen will use its Digital Ad Ratings (DAR) in the United States. This will become available sometime in 2023 and eventually be reported through Nielsen ONE Ads.

“Basic with Ads will launch just six months after we first announced the option of a lower priced ads plan. None of this would have been possible without our team’s hard work or Microsoft’s extraordinary partnership. The switch from linear is happening at an ever increasing speed, with streaming now surpassing broadcast and cable in the United States. We are confident that with Netflix starting at US$6.99 a month, we now have a price and plan for every fan. While it is still very early days, we are pleased with the interest from both consumers and the advertising community — and could not be more excited about what is ahead. As we learn from and improve the experience, we expect to launch in more countries over time,”  the company concluded.