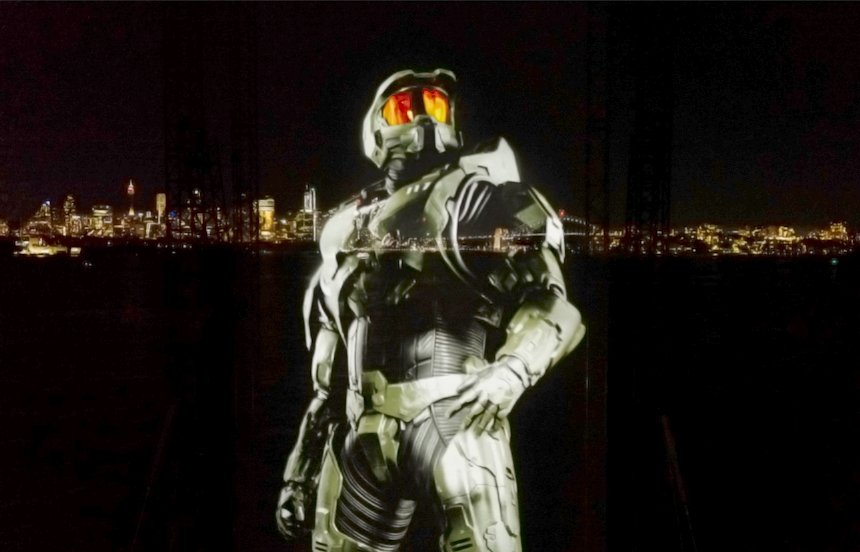 This is the first global installation of its kind and it featured state-of-the-art holographic technology combined with expert precision engineering to allow the iconic character to come to life. Each installation was over 24 tons and built using over 100 meters of metal framing to house 126 square meters of specialized holographic gauze.

During April 17, the hologram was projected in some of the most emblematic places in Australia, Canada, Brazil, and Mexico. The campaing celebrated the worldwide success of Paramount+'s "Halo" series, based on the iconic Xbox franchise and whose premiere broke a new record as the service's most-watched series of all time both in the United States and internationally.

“‘Halo’ has delivered a tremendous response among fans around the world as Paramount+’s most-watched series premiere of all-time globally. We are proud to continue the momentum around the series by bringing ‘Halo’ to life for fans in Australia, Latin America and Canada, in an epic and innovative way that only Paramount+ could achieve. This is a celebration to the fans and to this iconic franchise that continues to entertain people around the globe,”  said Marco Nobili, Senior Vice President of Streaming Marketing, Data and Analytics at Paramount.