The Caboré Award is considered the main honor for media, marketing and communications in Brazil. In the category he competed with local producers Iconoclast and Stink. 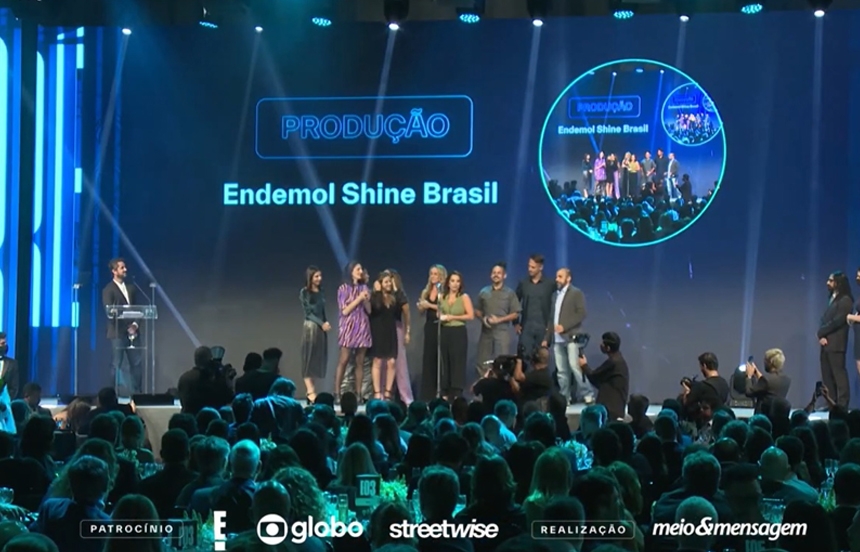 Endemol Shine Brasil, part of Banijay – the largest producer and distributor of international content in the world, was honored as the top studio in Brasil Monday night at the 2021 Caboré Awards. Endemol Shine Brasil was awarded the much-desired owl at the Caboré Awards ceremony, winning in the “Production” category, where it was up against two other top Brasilian producers—Iconoclast and Stink.

On a night that brought together hundreds of people from the industry, the Endemol Shine Brasil team took the stage emotionally. “No words to describe the thrill of receiving this award. It was a year of great dedication and commitment, we delivered more than twenty productions in a year so full of challenges due to the pandemic. It's time to celebrate,” says Nani Freitas, CEO of Endemol Shine Brasil. “This award belongs to all of us, the result of a lot of work by a competent and incredible team that makes Endemol happen every day," commented.

In 2021, Endemol Shine Brasil was responsible for the production of six new programs in the country: The Masked Singer (Globo), Rio Shore (MTV and P+), Love is Blind (Netflix), Seleção do Samba (Globo), The Rolling Kitchen (GNT) and Gincana da Grana (Record).

In 2022, Endemol Shine Brasil is preparing the second seasons of The Masked Singer and Love is Blind and many other series, including the debut of Queen Stars on HBO Max, hosted by Pabllo Vittar and Luisa Sonza.