After the format pitches were presented, members of the panel provided feedback and asked questions about each format to determine the winner of the cash prize. 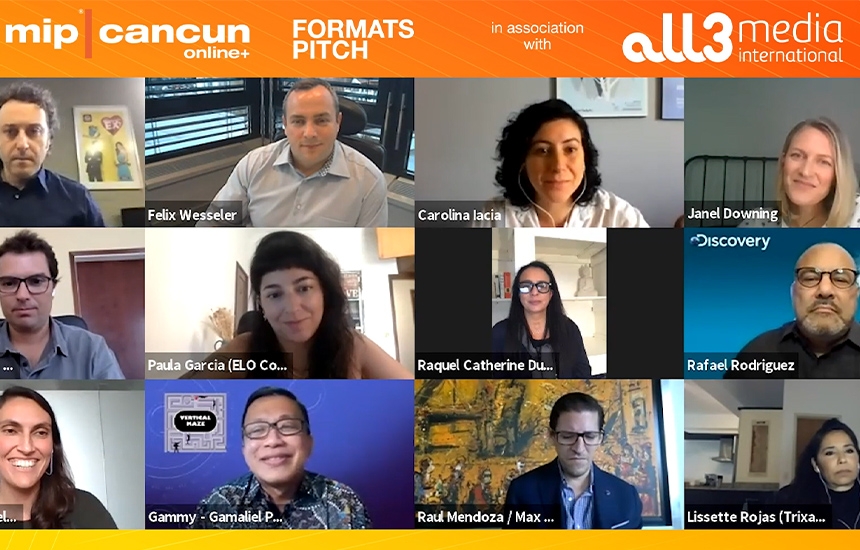 A group of experienced producers and broadcasters gathers to engage in format pitch presentations during this year’s digital edition of MIP Cancun, run in association with All3media International. Reed Midem and All3media announced that the panel selected Brazil’s Elo Company’s “Building Battles” as this year’s winner. The pitch, presented by Andre Meirelles Antunes, consists of a culinary competition between people living in the same building. "We are very happy with the win,”  Paula Garcia, Executive Producer on Building Battles said. “We believe this is a strong project that can travel and hopefully, with everything that will come from this prize, we'll be able to see it in different countries."

The other 4 finalists are Mexico’s “Max Planner,” a competition for competitive party planners, and Spain’s “Celeb Diaries." “Trix & Trax” challenging the TikTok generation in Venezuelan schools and “Vertical Maze,” a studio game show hailed from Indonesia. According to the experts, Panama, Ecuador, and Uruguay served as significant region entries to the market.

The prize to the winner is USD 5,0000, to enable them to develop their idea to the next pitch stage, alongside a tailored support package. The 5 finalists were selected by a panel of leading professionals with extensive knowledge and experience in the international media landscape. The panel was chaired by VP, Latin America at all3media International Janel Downing, COO of Filmpool Felix Wessler COO, Vice President, Production and Development Discovery Networks in Latin America and U.S Michela Giorelli, Senior Acquisitions Manager, Globo Carolina Iacia and Director of Content & International Business at Mega Juan Vicente.

Other formats pitched during the presentation, deriving from five countries, include “Vertical Maze,” presented by Gamaliel Paulus S. from Indonesia. The format is about a game show built vertically, in which three teams get through a vertical maze. The first team to get through wins the cash prize. Spain Itziar Baztarrica from Secuoya Contenidos presented “Celeb Diaries,” a show in which celebrities’ diaries are read out loud, revealing deep secrets.

"Trix and Trax" from Venezuela, introduced by Alejandro Rojas, showcases a talent competition for high school students. An educational program now running in Venezuela and the US has stemmed from the show. Raul Mendoza from Zolki in Mexico presented “Max Planner,” which shows experienced event planners organizing an event for some of the most demanding clients in the region in just five days.

Members of the panel then took turns providing feedback and asking questions about each format to determine the winner, questioning their structure, access to show components, their length, and their casting, among several other components.

We are very happy with the win. We believe this is a strong project that can travel and hopefully, with everything that will come from this prize, we'll be able to see it in different countries.” Paula Garcia Executive Producer, "Building Battles"