The award that celebrates, champions, and promotes diversity and inclusion through exemplary representation in television series and entertainment programs internationally, had a record of 190 submissions this year from 27 countries. 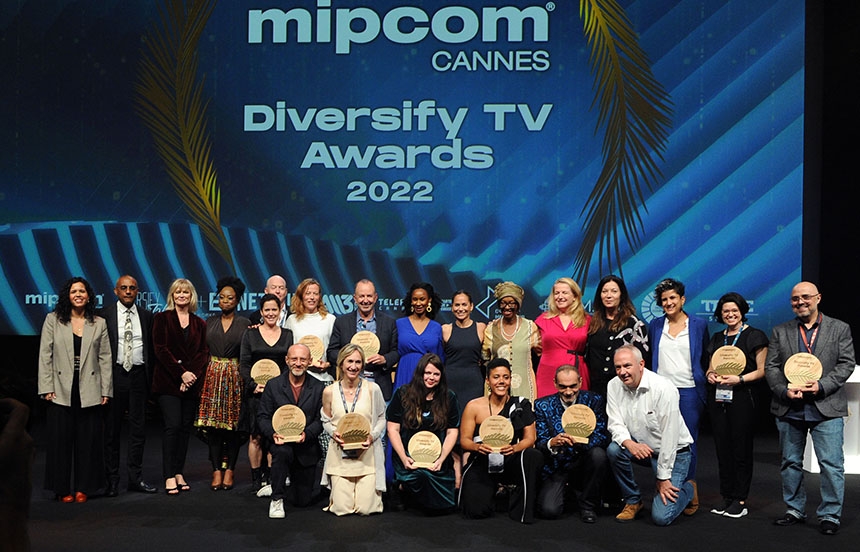 RX France announced the winners of the 6th MIPCOM CANNES Diversify TV Awards. The industry’s only award to celebrate, champion, and promote diversity and inclusion through exemplary representation in television series and entertainment programs internationally, a record 190 submissions were received this year from 27 countries.

A total of 10 winners were awarded in a ceremony held on the penultimate day of the 38th International Co-Production & Entertainment Content Market in the Grand Auditorium of Cannes’ world-famous Palais des Festivals and hosted by international anchor and diversity advocate Femi Oke. “All the winners today have been recognized not only by their peers but by specialists and advocacy groups in the diversity and inclusion area, an extraordinary and meaningful accolade that also stands as an example of what’s possible in TV,” Lucy Smith, Director of MIPCOM CANNES and MIPJUNIOR said.

The nominations were reached by a Short List jury composed of leading professionals committed to diversity and inclusion; the winners were chosen by a Final Round Jury made up of leading advocacy organizations and specialized publications that campaign for equality and inclusion, including The Anne Frank Trust, APF France handicap, Fondation Mozaïk, GADIM, GLAAD, the Minority Rights Group, ODA, SCOPE, and Stonewall.

The new Behind The Scenes Impact Award was presented by FWD-Doc an international collective of filmmakers with disabilities who advocate increasing the visibility of, support for, and direct access to opportunities, network, and employment for D/deaf, disabled and neurodiverse filmmakers.

Representation of Diversity in Kids Programming - Pre-school
Proud To Be Me
Original Broadcaster: CBC
Distributor: CBC
Produced by: CBC