Industry professionals shared experiences proving television is here to stay and presented their vision of the media landscape. AMC Networks International announced the launch of the streaming service AMC+ in Central and Eastern Europe in 2023 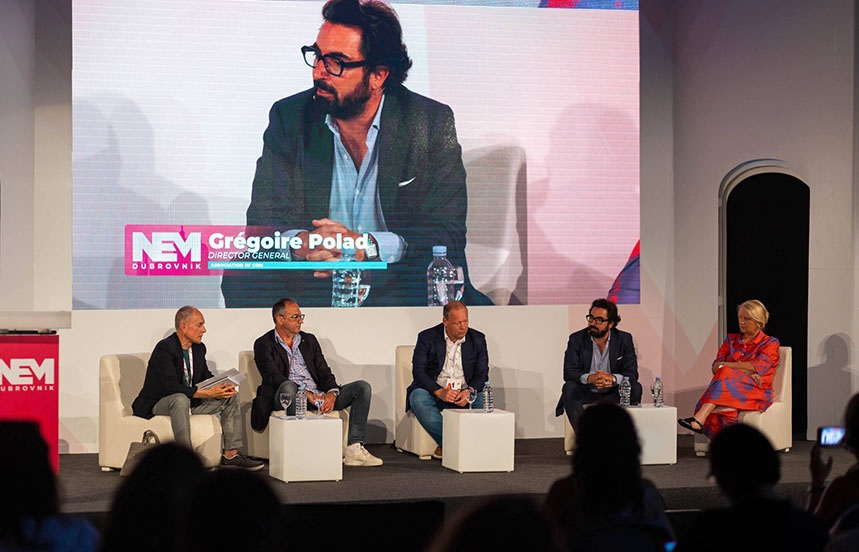 After two days of discussing new trends, powerful strategies in TV, and premieres of the newest TV series, the third day of NEM brought attention back to the global and regional media industry, the future of TV experience, the importance of television in times of crisis as well as the impact of supporting Ukrainian content industry.

The day started with coffee and networking on NEM Terrace organized by SPI International FilmBox and continued with one of the most exciting panels. "FTA'S Key Role In a Crisis," gathered prominent TV decision-makers: Robert Šveb (General Director, Croatian Radiotelevision), Matthias Settele (General Director TV Markíza and Member of the Editorial Board, CME), Grégoire Polad (Director General, Association of Commercial Television and Video on Demand Services in Europe) and Natalija Gorščak (Vice-chair, EBU TV Committee,) moderated by Chris Dziadul (Editorial Director and Chief East European Analyst, Broadband TV News). The dialogue brought a discussion on the challenging but crucial role of FTA to spread true information in intense times of crisis. “We need to invest in journalism. In the push to be first and the best we focus on the wrong things”, warned Gorščak, and added how EBU research from 2016 The role of public service media in democracy has shown that countries with very strong public service media have a very high level of democracy. 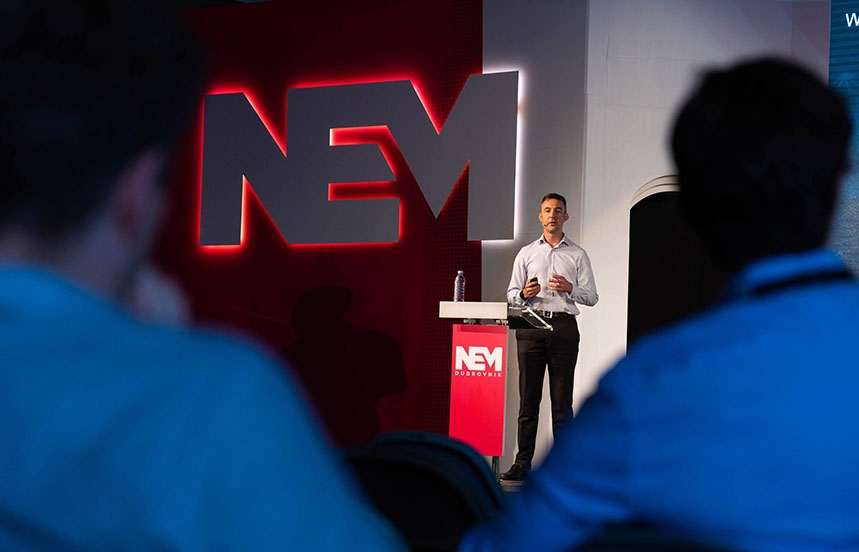 “Public service is a very important player in the market. Commercial television should be aware that if they lose public service television, they will lose a role model, it’s a cohabitation”, Gorščak added.

“The key word is trust. If you look at the statistics across the EU, TV, and radio come up as the most trusted sources of information, with over 50%. Way down the line you have social media and search engines. During the pandemic, the viewers came back massively because viewers know they have regulated media in front of them. There is a very strong aspect that with regulation comes trust. We see how viewers appreciate that. The key challenge is when you are challenged by social media that blurred the lines between the information that has been verified and hearsay, and rumors. In order to maintain trust, the media needs to strive to keep a balanced view of events. It’s not always easy but that’s our role and we need to be supported”, explained Grégoire Polad.

In times of crisis, people turn to television, this was shown during the pandemic and war in Ukraine, and our ratings went higher. We try to be as objective as possible and professional. Kasia Madera, (BBC World News Presenter), also spoke about trust in media in a Q&A "The Role of Trust In an Evolving News Landscape" moderated by Zbigniew Pruski (Commercial Director, Branded Services, BBC Studios) and Kasia Madera (BBC World News Presenter).

The topic of political influences on the audiovisual industry was a part of the presentation "Stand With Ukrainian Content Industry" as well. This was an opportunity for the NEM community to discover Ukraine Content Club, a joint initiative by Ukrainian and worldwide media companies created to help Ukraine's audiovisual industry. Kateryna Vyshnevska (Head of Development and Co-Productions, Producer, FILM.UA Group), took the stage to call for new global partners as well as to spread the awareness of sustaining creative industries and workers in Ukraine. 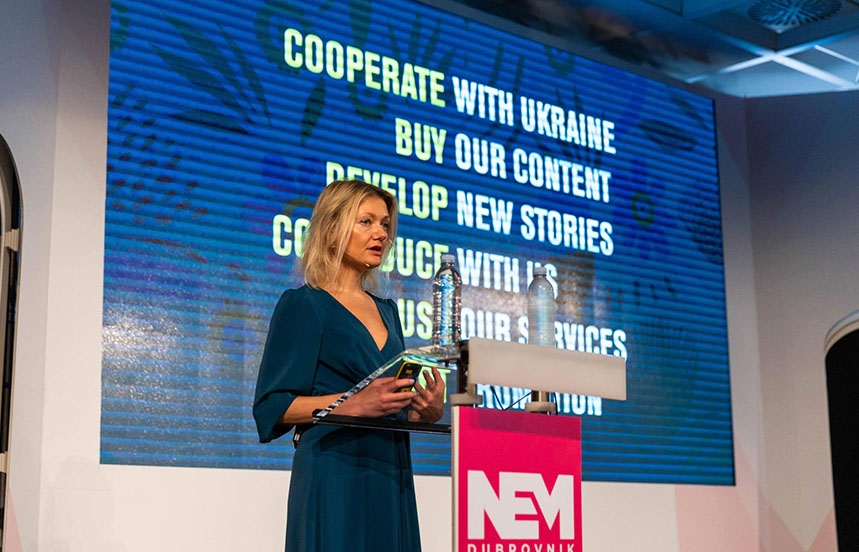 SUCCESSFUL BUSINESS MODELS
The panel room was once again the place of all panels and presentations that gathered a large audience. The panel "Pay TV: Global Trends vs. CEE Trends," sponsored by AMC Networks International, brought together TV veterans who discussed how trends such as the increasing presence of streaming platforms are changing Pay TV's position on a global scale in comparison specifically with the CEE region. On the panel, Levente Málnay (EVP/MD, AMC Networks International Central, and Northern Europe) announced the launch of the streaming service AMC+ in Central and Eastern Europe in 2023. He explained how the streaming service will be different from others and that the company’s goal is to work with various distributors such as cable and satellite operators.

In an overwhelming world of content, it becomes difficult to attract new users and for consumers to find the content they want to watch. The panel "Media Game for Customer Attention" dug up the answers on how to monetize content in the contemporary media landscape. Jörg Meyer (Chief Commercial Officer, Zattoo) held a presentation Five hypotheses on IPTV platform concepts for network operators that highlighted the complexity of IPTV platforms which continuously have to adapt and find profitable business models. Also, Haymi Behar (CMO & CDO, SPI International (a Canal+ Company) shared how media companies can thrive in a constantly transforming industry during the presentation "Rethinking the TV Experience: What's Next?."

Moreover, Martin Webb (Senior Product Manager, Cloud TV, Comcast Technology Solutions) shared how TV platforms could work from the cloud and what effects this practice could have on broadcasters in a presentation "Navigating Your Digital Transformation Journey to Broadcast Cloud TV." Everyone who wanted to network went for a coffee break organized by Comcast Technology.

TELEKOM SRBIJA LAUNCHED NEW TV SERIES
The third night was dedicated to Telekom Srbija, the leading Serbian operator region which strongly invests in audiovisual production. Jasmina Lakobrija (Head of Production, Telekom Srbija) and Marina Garović (Head of Content Sales Department, Telekom Srbija) presented projects Telekom Srbija is currently working on. "We are glad that viewers from the region love and appreciate the stories we are bringing to life. What we want to highlight is that thanks to the vision and efforts of our CEO, Vladimir Lučić, we have sold our content and it's now available to millions of viewers“, said Lakobrija. Garović added that their series is available on all continents. The audience had the opportunity to enjoy international premieres of two new Serbian series Golden Boy and Walking With a Lion. 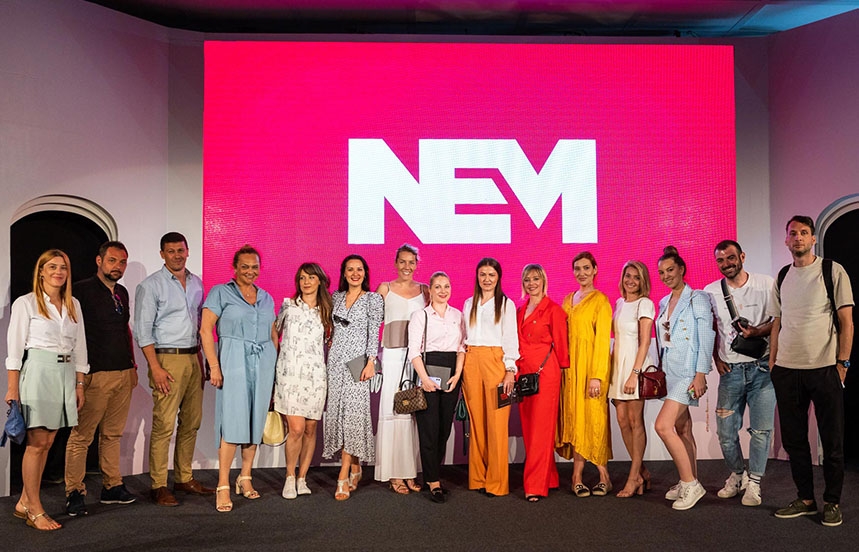 After the screening, Eutelsat prepared refreshing cocktails, just before participants headed to a closing party of Telekom Srbija in Lazareti club in Dubrovnik Old City. Many will remember NEM Dubrovnik 2022 by the final night that left them with plenty of memories. Guests gathered the next morning for a Goodbye Coffee by NBCUniversal at Sunset Lounge. Many visitors exchanged contacts, made plans for future meetings, and began counting the days until gathering again next year. 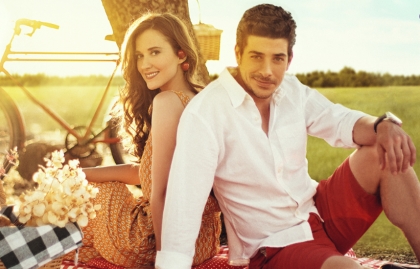 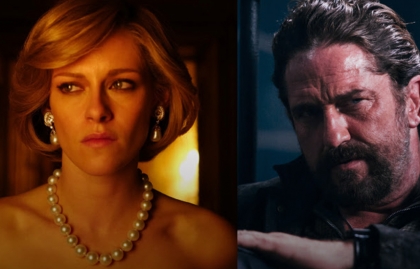 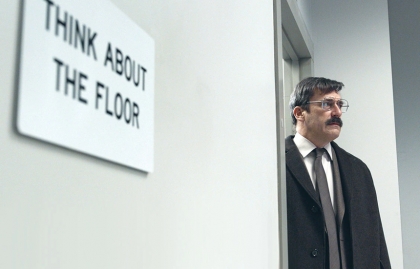 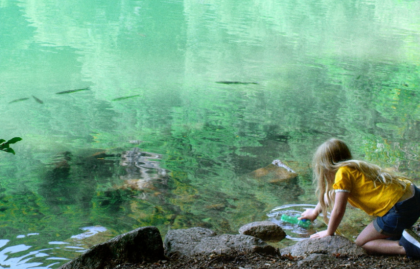 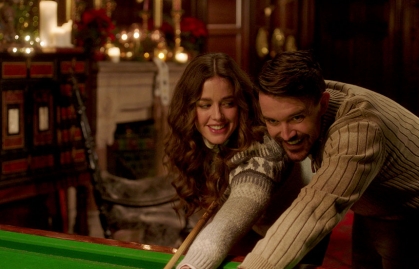 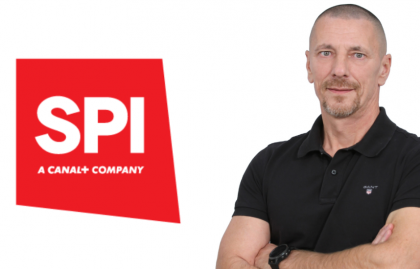 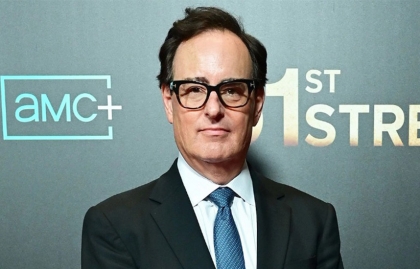 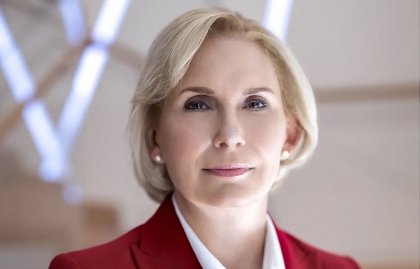 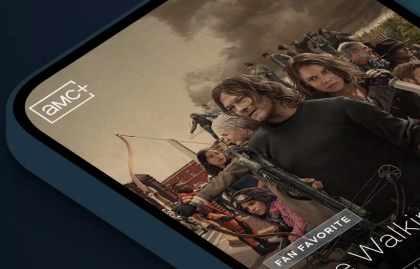 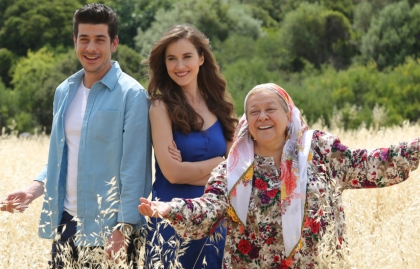 SPI's Dizie and Gametoon are now available on evision in MENA 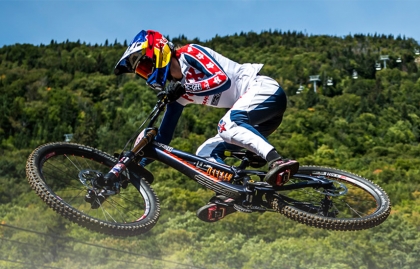 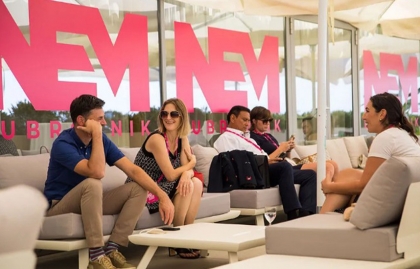