The streamer won a total of 11 awards at the annual event with titles such as “The Crown,” “Queen’s Gambit," “The Trial of the Chicago 7,” “I Care a Lot,” “Ma Rainey’s Black Bottom," among others. Amazon won awards for “Borat Subsequent Moviefilm” and John Boyega in “Small Axe." 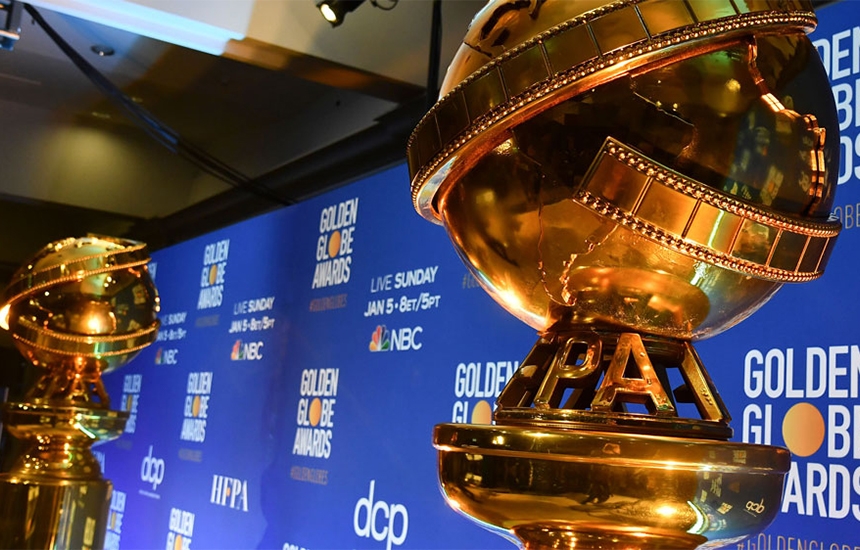 Netflix won more than half of all TV awards announced at the 78th annual Golden Globes yesterday. The streaming platform took home six out of a total of 11 awards for television, as well as a further four accolades for film, netting it top laurels.

All in all, Netflix won awards for “The Crown,” “The Trial of the Chicago 7,” “I Care a Lot,” “Ma Rainey’s Black Bottom” and “The Queen’s Gambit,” among others. Amazon also received recognition with awards for Sacha Baron Cohen's “Borat Subsequent Moviefilm” and John Boyega in “Small Axe,” its joint production with the BBC, while the Disney+ movie “Soul” won two awards.

For movies, Chloe Zhao’s "Nomadland" received best dramatic motion picture as well as for Zhao as best director. The best musical or comedy award was given to "Borat Subsequent Moviefilm," with Sasha Baron Cohen winning best actor in a comedy. Andra Day won the best actress in a motion picture award for her starring role in "The United States vs. Billie Holliday,: making her the first Black woman to win in this category since Whoopi Goldberg in 1986 for"The Color Purple." Daniel Kaluuya won best supporting actor in a film for Judas and the Black Messiah, while Jodie Foster was named best-supporting actress for "The Mauritanian."

The show was shot with Fey at the Rainbow Room in New York and Amy Poehler at the Beverly Hilton in Los Angeles. The room included Both hosts had small audiences of masked first responders and frontline workers in the room, all seated at safe social distances.