36% of US consumers play console games, about the same as in 2019 (33%), but the engagement among those who do play is much higher, as 51% play every day, up from just 39% two years ago, according to Hub Entertainment Research. 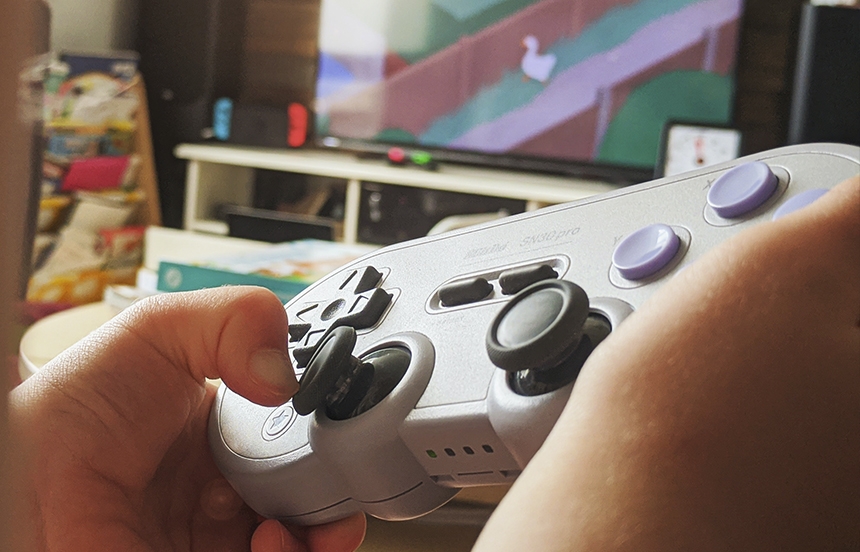 Gaming consoles play a central role in the entertainment lives of many consumers, and are occupying more time: 36% of respondents play console games, about the same as in 2019 (33%), but the engagement among those who do play is much higher, as 51% play every day, up from just 39% two years ago, according to new data from Hub Entertainment Research.

At the same time, 42% of console gamers who play at least once a week (weekly gamers) say they are playing their console more this year than last, versus only 32% who said the same thing in 2019. Moreover, game sessions are about 20% longer: in 2021, weekly console gamers estimate their average session is about 110 minutes, up from about 90 minutes in 2019.

Ownership of multiple game consoles is also up. The share of all 13-74s who play console games is about the same in 2021 (36%) as in 2019 (33%). But the density of ownership is significantly higher: in 2019, only a quarter of console gamers owned both a PlayStation and an Xbox. However, this year 34% of respondents say they own both. 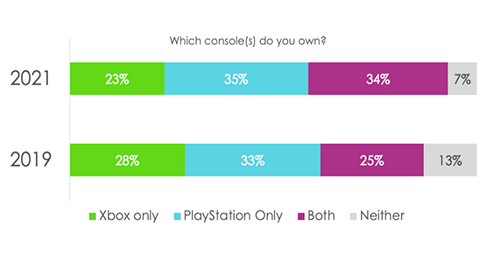 The report also showed that the pandemic drove game purchases online. In fact, 39% of weekly console gamers say they buy digital copies of console games at least a few times per month (up from just 25% in 2019). A similar 38% regularly download DLC or expansion packs for games they already own (up from 22% in 2019), and 53% of console gamers said they spent more on gaming this year than last, versus slightly more than a third who said the same thing in 2019.

Covid-19 also made gaming critical to maintaining relationships. In 2021, more respondents mentioned communication or connection with friends as a reason for gaming than in 2019. In fact, almost half of weekly console gamers (45%) have at least one in-game friend that they’ve never met in real life.

“Video games represent serious competition for the time and attention of many Americans, and young men in particular. Offering desired integrations into games, and in some cases unique exposures such as VR, gives marketers a real opportunity to ‘power up’ when they try to reach young consumers,”  said David Tice, Senior Consultant to Hub and co-author of the study.

“The amount of entertainment content continues to grow, but there are still only 24 hours in a day. Gaming is winning a larger share of that disposable time on the strength of the games themselves. But even more so on the central role gaming has taken in social interaction and communication – habits formed during the pandemic, but that will persist long after,”  added Jon Giegengack, Founder and Principal at Hub.

Hub’s “Game Consoles 2021: Respawned and Leveled Up” report is a survey of 2.619 consumers age 13 to 74 in the United States. Interviews were conducted in September 2021.

Video games represent serious competition for the time and attention of many Americans, and young men in particular” David Tice Senior Consultant to Hub Entertainment Research