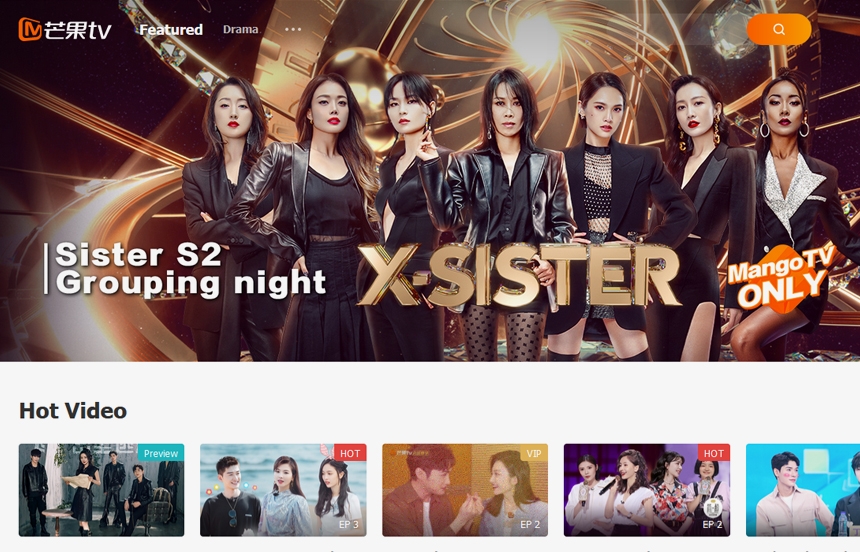 From 2015-2018, China’s SVOD market was dominated by three services - iQIYI, Tencent Video and Youku-, backed respectively by internet giants Baidu, Alibaba and Tencent (collectively known as BAT). The three services grew rapidly in this period, with each acquiring over 65 million subscribers, according to Ampere Analysis.

However, subscription growth is largely reliant on heavy content investment, which caused an increasing financial burden. As a result, iQIYI and Youku started to reduce their content spend to narrow their losses from 2018, which led to subscription stagnation and subsequent decline.

This levelling off of iQIYI and Youku has created the opportunity for new services to grow. By 2020, Mango TV and Bilibili had accumulated 36 million and 15 million subscriptions respectively, growing to be the fourth and fifth largest services in China’s SVOD market, Ampere revealed. 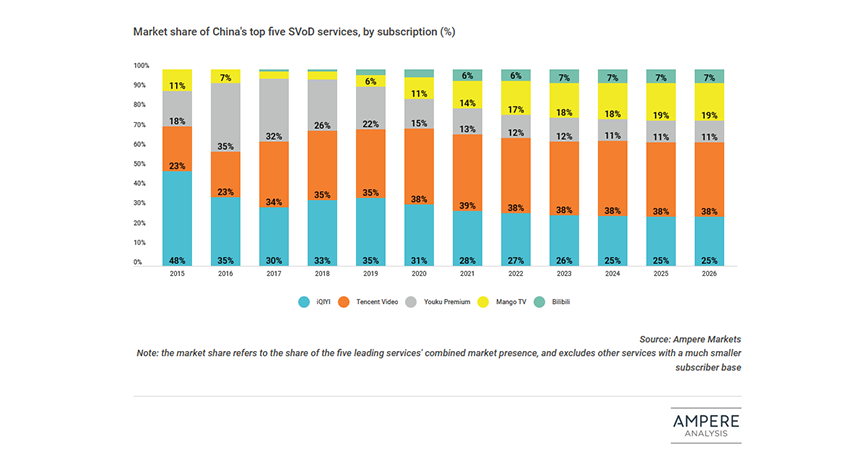 Moreover, this year Mango TV is set to surpass Youku to become China’s third largest SVOD service. Starting as the online catch-up platform of China’s top TV broadcaster Hunan TV, Mango TV then launched its paid subscription tier in 2014, and shares most of its catalogue with Hunan TV, which is known for producing celebrity-featured reality shows and dramas.

“Mango TV and Bilibili do not yet face the same pressure from content cost as the big three services, because both are niche services targeting a specific group of consumers. Both over-index for young viewers, and Mango TV is particularly attractive to young parents, especially female audiences. Looking ahead, Mango TV and Bilibili must decide whether to stay as niche services or expand to become all-encompassing platforms targeting wider demographics, like their BAT-backed rivals,”  commented Orina Zhao, Analyst at Ampere Analysis.