In the fourth quarter of 2021, Amazon Prime Video jumped back ahead of Disney+ in the United States race for digital original audience demand after falling to third place in the third quarter of the year, Parrot Analytics revealed. 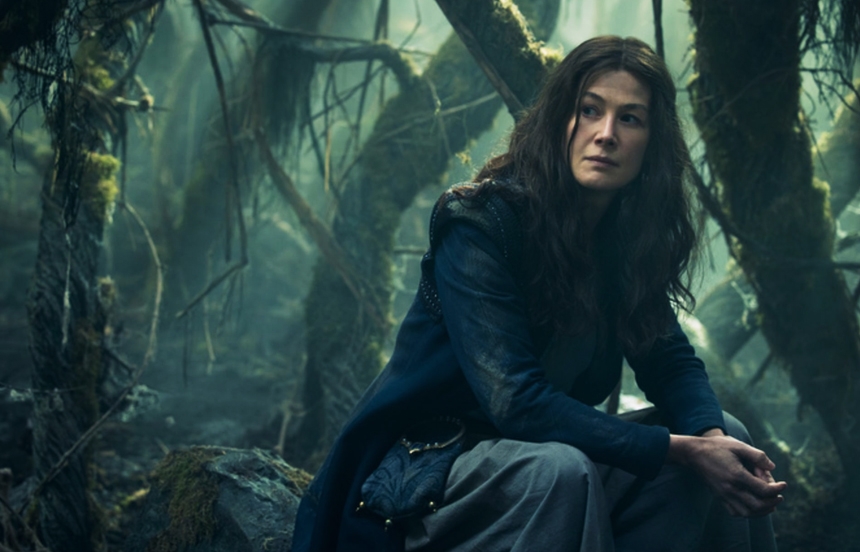 "The Wheel of Time"

In the fourth quarter of 2021, Amazon Prime Video jumped back ahead of Disney+ in the United States race for digital original audience demand after falling to third place in the third quarter of the year, Parrot Analytics revealed in its latest report. The researcher noted that this bounce back was almost entirely thanks to the successful launch of its highly anticipated fantasy adaptation “The Wheel of Time”.

For the full year 2021, “The Wheel of Time” had the strongest series debut (greatest average demand in the first 30 days following the premiere) of any show in the United States across all platforms. This metric matters because original content is a key leading indicator of subscriber growth for SVOD platforms. Quickly generating massive audience demand for a brand new series will thus bring in new subscribers to the platform who previously had no reason to sign up.

“The Wheel of Time” was a significant investment for Prime Video, but it did have the fundamentals of a globally successful streaming series: a passionate built-in fanbase via Robert Jordan’s long-running and best-selling book series, A-List leads in Rosamund Pike and Alvaro Monte, and a platform with 200 million potential users.

Beyond the United States, “The Wheel of Time” was the most in-demand series across all platforms worldwide during its first eight days of availability (November 19-27, 2021), becoming the first Prime Video Original to hit number one worldwide in over a year – “The Boys” and “Mirzapur” both did so in October 2020. 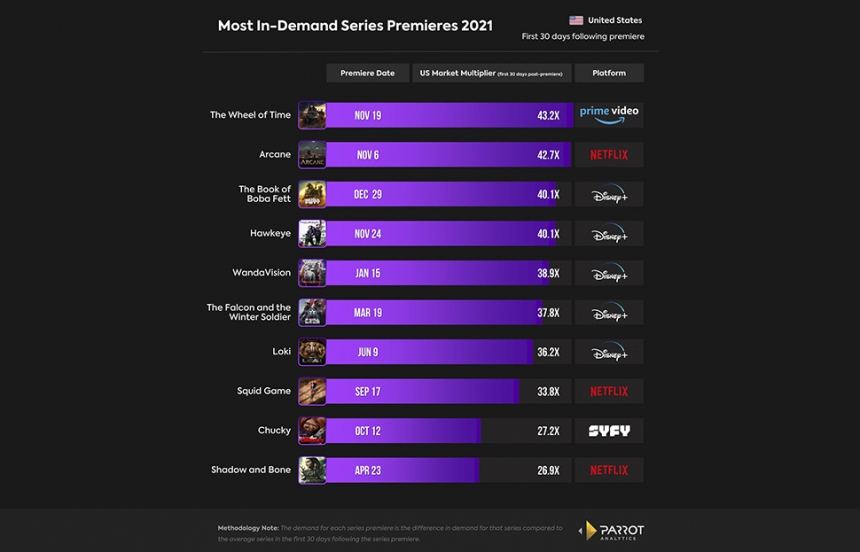 During its first 30 days, “The Wheel of Time” was 43.2x more in-demand than the average series in the United States. It just beat out Netflix’s “Arcane,” which had 42.7x more demand than average during its premiere period.

While “The Wheel of Time” undoubtedly achieved this due to its pre-existing fan base, it is still impressive that it beat out all of the Disney+ Marvel and Star Wars live action series debuts with US audiences. Those shows had even larger pre-existing fan bases and decades of highly regarded on-screen content.

This 30-day time period levels the playing field between binge and weekly releases, thus revealing which shows had the biggest immediate impact with audiences regardless of release strategy. 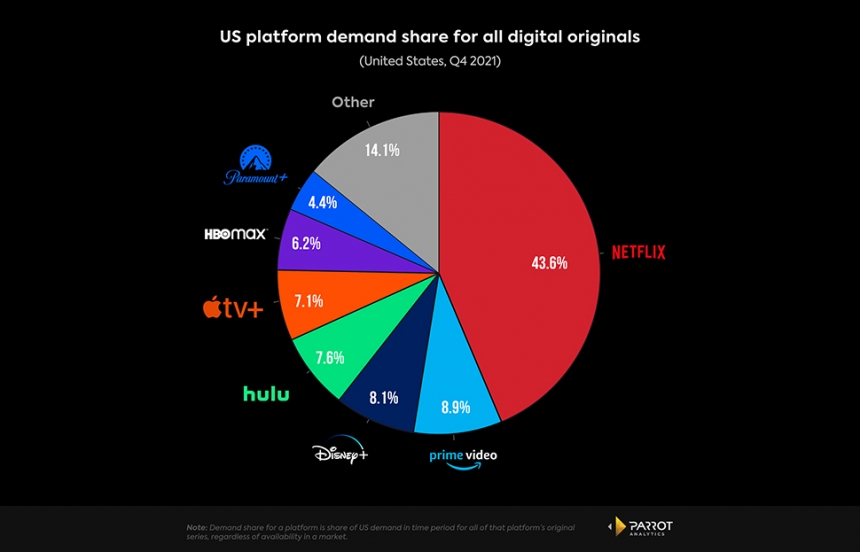 In the fourth quarter of 2021, Prime Video jumped back ahead of Disney+ into second place with American audiences, largely off the popularity of “The Wheel of Time”. In Q3 2021, Disney+ was at 8.9% and Prime Video was at 8.6%.

What’s striking is the stiff competition to become Netflix’s primary competitor for original content in the United States. In fact, only 2.7 percentage points separate second through sixth place.

Consumer surveys show most Americans are willing to pay for three to four streaming services. Since demand for original content is a key leading indicator for subscriber growth, getting toward the top half of this group is essential for the long term viability of these services.

"As “The Wheel of Time” showed in Q4, one hit series can be enough for a streaming service to move the needle and jump up a position in this tightly contested race, and be the difference between a consumer deciding to add or drop an SVOD,"  Parrot Analytics' report concluded.