83% of buyers and 72% of sellers consider trade shows as their favorite sources of industry info, according to a new study from Caretta Research in partnership with Bubble Agency. 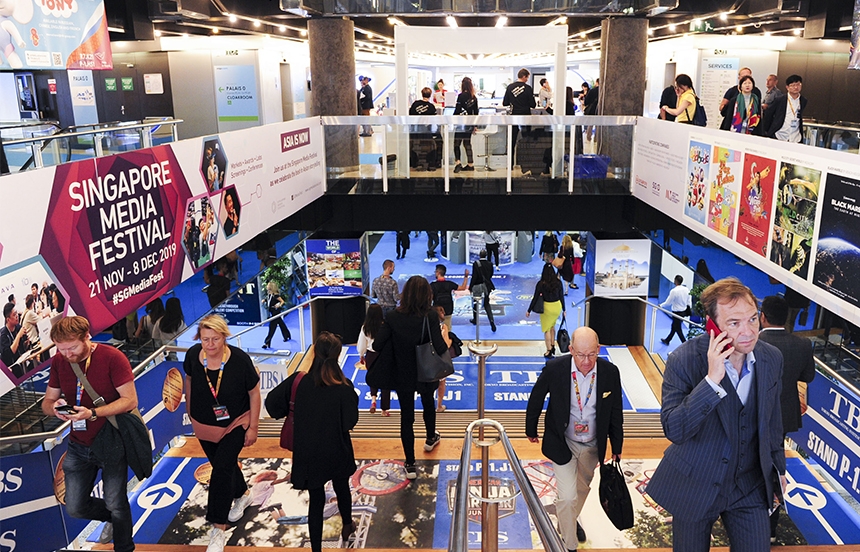 Even after a series of cancelled trade shows, the lure of a convention remains strong and at the top of buyers’ and sellers’ preferred channels for keeping up with the industry. In fact, 83% of buyers and 72% of sellers consider trade shows as their favorite sources of industry info, according to a new study from Caretta Research in partnership with Bubble Agency.

Direct contact is ranked higher by buyers than sellers, but with different interpretations. Buyers like to get in touch “inbound”  when they need specific information from a vendor, while sellers often still focus on sales emails and cold calling which buyers consistently say they hate.

“Sellers also underestimate the role of trade shows in creating a trusted relationship with buyers. It can be notoriously difficult to quantify the value of investing in a trade show presence in terms of leads and pipeline growth — but this research (our focus group and survey) reveals a consistent message: buyers want to meet their potential suppliers face-to-face before they do business together, and trade shows are an effective and efficient way to do this,”  the report says. 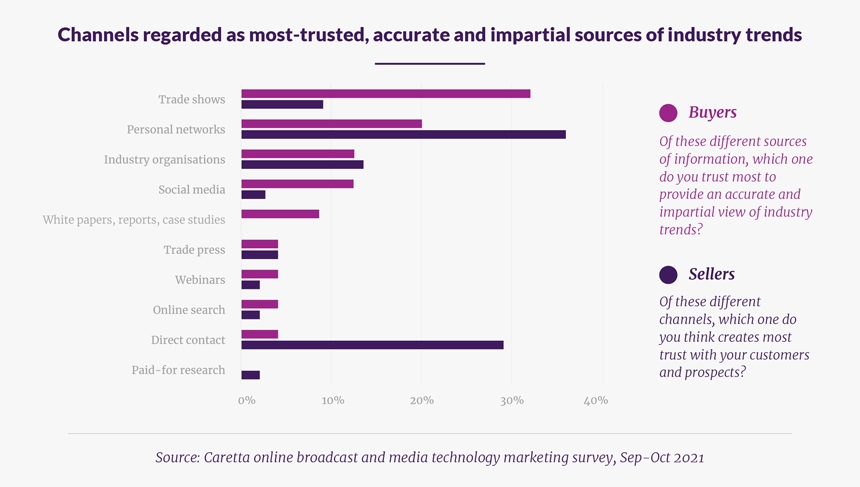 According to the study, elsewhere in the rankings, trade press publications are more popular than social media, though not quite as popular among buyers as they are with suppliers. Meanwhile, published white papers, reports and case studies, a marketing stalwart for many, come much lower down the list for buyers.

Social media may not be the most popular marketing channel for either buyers or sellers of media technology, but it plays an important role as part of the overall marketing mix, and is one of the sources more trusted by buyers. LinkedIn is the most popular platform for the industry, with 98% of technology providers and 88% of buyers using it for industry research “often”  or “sometimes”. YouTube is another popular platform for providing information but is underutilized, according to buyers.

Independently researched and produced by Caretta Research in partnership with Bubble Agency, the “Marketing Media Technology: Revealing what broadcast and media technology buyers want from their suppliers” report is based on the analysis of detailed focus group interviews and survey data gathered from a broad range of industry leaders in the third quarter 2021.