The title, by Drama Republic Ltd, and Eight Rooks Ltd.  was also selected for the gala premiere at MIPCOM. 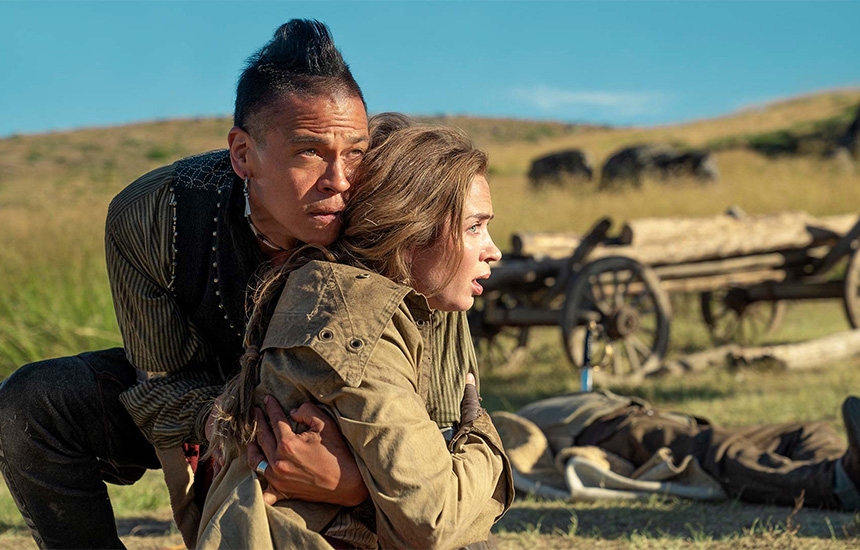 All3Media International has secured several presales for Drama Republic’s high-octane western title, "The English" in Europe, Latin America and Asia. The announcement comes after the title was selected for the gala premiere at MIPCOM, with stars Emily Blunt, Chaske Spencer and writer and director Hugo Blick all scheduled to attend.

“With this initial roster of presale acquisitions it’s fantastic to see this impressive calibre of partners already on board for 'The English,' proving its premium appeal.  Everything about the show is the highest quality - from brilliant script to a stellar cast let by Emily Blunt and Chaske Spencer, it’s magnificently directed by the multi-talented Hugo Blick and expertly produced by Greg Brenman, Colin Wratten and the teams at Drama Republic and Eight Rooks, who have created an astonishing piece of drama," Louise Pedersen, CEO at All3Media International, said.

In Europe, a multi-territory acquisition has been agreed with Canal+ in France, Disney+ covering The Netherlands, Belgium and Luxembourg, Amazon Video has acquired the series in the Nordics, HBO Max has signed a pan-territory deal for the CEE region, Spain and Portugal. The English has also been secured by Deutsche Telekom / Magenta TV for Germany and Cosmote in Greece. The distributor is also anticipating an Italian deal. A further pan-territory deal has been signed with HBO Max covering Latin America. Streaming service Pumpkin Film has also secured the drama for China, and NAVER Webtoon has picked up rights for South Korea.

"The English"is produced by Drama Republic Ltd, and Eight Rooks Ltd.  Greg Brenman is Executive Producer for Drama Republic alongside Hugo Blick and Emily Blunt. Mona Qureshi is Executive Producer for the BBC. The producer is Colin Wratten (Killing Eve, The Witness For The Prosecution). Commissioned by the BBC, The English will premiere this November on BBC Two and BBC iPlayer in the UK, and then on Prime Video in the US, Canada, Australia and New Zealand, in association with All3Media international who are also distributors for the 6-part series. The cast is led by Emily Blunt and Chaske Spencer, and also includes Stephen Rea, Valerie Pachner, Rafe Spall, Tom Hughes, Toby Jones, and Ciarán Hinds.

Written and directed by multi-award-winning Hugo Blick, and produced by acclaimed production company Drama Republic, a Mediawan company, in association with All3 Media International, the title follows an aristocratic Englishwoman, Lady Cornelia Locke (Emily Blunt) and a Pawnee ex-cavalry scout, Eli Whipp (Chaske Spencer) as they come together in 1890 mid America to cross a violent landscape built on dreams and blood.

Both of them have a clear sense of their destiny but neither is aware that it is rooted in a shared past. They must face increasingly terrifying obstacles that will test them to their cores, physically and psychologically. But as each obstacle is overcome it draws them closer to their ultimate destination, the new town of Hoxem, Wyoming. It is here, after an investigation by the local sheriff Robert Marshall (Stephen Rea) and young widow Martha Myers (Valerie Pachner) into a series of bizarre and macabre unsolved murders, that the full extent of their intertwined history will be truly understood, and they will come face to face with the future they must live. “Hugo Blick has created a compelling, modern love story set against the epic landscape of a Western," From Greg Brenman, CEO of Drama Republic and Executive Producer said. "‘The English’ is a true adventure that will tell us as much about the times we live in today as the period in which it is set.” 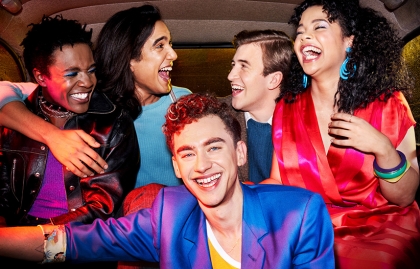