Brugada will oversee all of the operations for Banijay France, as well as for an interim MD position. Coppermann is leaving Endemol Shine at the end of July after the company merged and expanded its deal with Banijay. 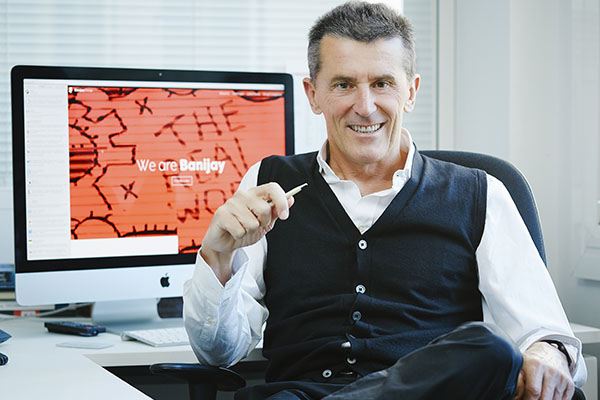 Banijay Rights has confirmed that it has appointed French CEO, François de Brugada to lead its expansion in France. President of Endemol Shine, Franc Nicolas Coppermann will be departing at the end of July following the merger with the company, with Brugada assuming responsibility for an interim MD position, aside from his CEO duties. “Combining the strengths of both groups, I hope that Banijay France will continue to be a renowned home for the top brands in the country and IP that travels the globe,” Brugada said. “A special thanks goes to Nicolas, who has built a strong operation in EndemolShine France and successfully put the brand on the scripted map in France.”

Brugada will continue as CEO of Banijay France. He will oversee all operations for Banijay France, which recently expanded Endemol Shine's deal ended last month. He joined Banijay before his inception in 2008, holding roles including EVP for content and later becoming COO, before being appointed to become CEO in 2015.

The media expert previously worked at M6, where he fulfilled the roles of head of commissioning for unscripted shows and art director for channels.  “François has been with Banijay since the start,” Group CEO Marco Bassetti said. “Playing a significant role in the globalization of the business from the word go, he has gone on to build an incredibly strong footprint for us in France. A first-class strategic and commercially minded player, he is well-placed to lead the local group through this exciting phase of change and growth.”

Combining the strengths of both groups, I hope that Banijay France will continue to be a renowned home for the top brands in the country and IP that travels the globe.” François de Brugada CEO, Banijay Rights