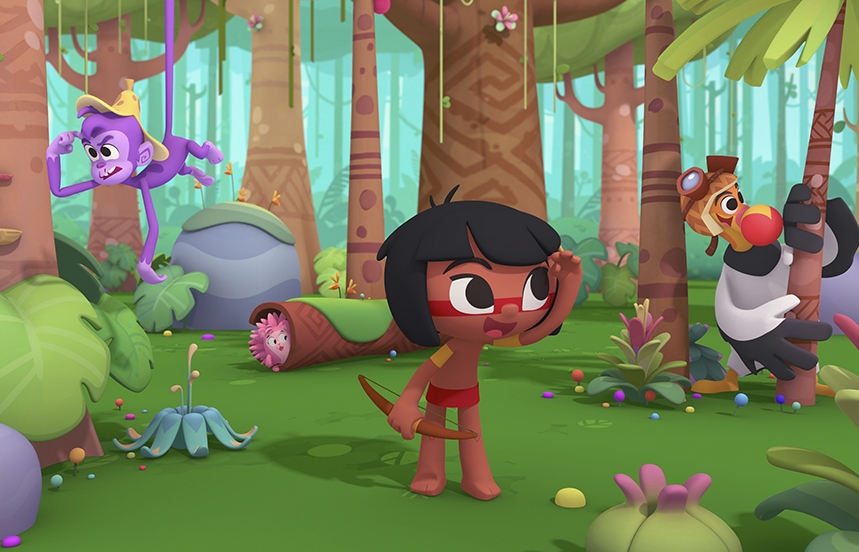 "Tainá And The Amazon Guardians"

Based on the successful Brazilian films of the same name, which took millions of people to the movies in Brazil and around the world, "Tainá and the Amazon's Guardians" has won 23 national and international awards and is being broadcast in more than 40 countries.  The series, which received public resources, was managed by Brazilian Film Agency Ancine/BRDE/FSA, was sponsored by RioFilme and Norsul and supported by BNDES Brazil and Band TV.

Created by Pedro Carlos Rovai and Virginia Limberger, "Tainá and the Amazon's Guardians" (52x11’) targeted at 2 to 5-year olds, is an optimistic, joyful, and friendly ecology tale to save the Amazonian forest.

Joint founders of Dandelooo, Jean Baptiste Wéry, and Emmanuèle Petry commented, “Tainá is a fantastic series which portrays strong messages to children in an accessible and entertaining way.  It’s crucial that we teach children the importance of nature, the environment, the Amazon, and everything that lives there, and we feel that Tainá is the perfect series to communicate these topics to children around the world.”

Virginia Limberger, Producer, Sincrocine added, “Tainá encourages pre-school children to deal with the cognitive aspects of their age, in a playful and light way, helping them to have a good relationship with their friends.  And, the children can also discover about the Amazon Rainforest and how to take care of Nature. All of that with content full of adventure."