ITV announced that it has agreed to acquire a majority interest of 79.5% in Plimsoll Productions, one of the largest independent producers of natural history programmes in the world. 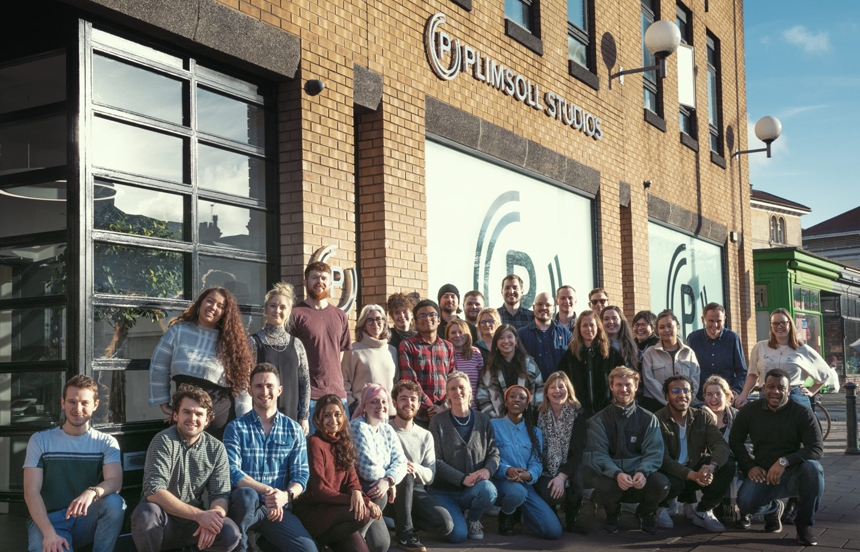 ITV announced that it has agreed to acquire a majority interest of 79.5% in Plimsoll Productions, one of the largest independent producers of natural history programmes in the world and a growing premium factual producer, for a cash consideration of approximately £103.5 million, valuing Plimsoll at an Enterprise Value of £131 million.

Founded in Bristol in 2013, the award-winning company has produced hundreds of hours of content which is watched, and sold, in nearly 200 countries. The producer is behind series including “Tiny World” and “Giant World” for Apple+; “Hostile Planet” and “Supernatural Planet” for Disney; “Night on Earth” and “Animal” for Netflix; and the upcoming landmark series “A Year on Planet Earth” for ITV, Tencent in China, Fox Nation in the United States and Ard Group in Germany.

This acquisition is a further milestone in ITV’s strategy of expanding its international content business. It further diversifies ITV Studios production base and will enable ITV to take advantage of the strong demand for content across the ever-popular natural history and factual genres. Plimsoll Productions’ has a strong network with all of the global streamers and this acquisition will strengthen and deepen ITV Studios’ relationships with the streamers.

Under the leadership of founder Grant Mansfield, Plimsoll Productions has built a track record of delivering a strong operational and financial performance. The Plimsoll Productions team is highly specialized and multi award-winning in the production of blue-chip natural history and includes Chief Creative Officer Martha Holmes, Creative Director Tom Hugh-Jones; Head of Factual Entertainment Karen Plumb; and Richard Klein, former Head of ITV Factual, and Head of Documentaries at the BBC.

Following the transaction, Grant Mansfield, together with his senior management and creatives, will continue to manage the business and play a key role in programme development to maintain Plimsoll's strong creative pipeline. They will work alongside ITV Studios’ Managing Director Julian Bellamy; Director of Unscripted, UK, Angela Jain, and their team.

Plimsoll Productions is also expanding across the premium unscripted space with growing documentary and factual entertainment departments producing for major network/platforms including BBC, ABC, Channel 4, CNN, History, and Hulu. One of the UK’s fastest growing companies, this year Plimsoll Productions was listed on The Sunday Times Fast Track 100 and International Track 200.

ITV Studios already has a relationship with Plimsoll Productions as the distributor for “A Year On Planet Earth.” This 6x60' series draws on the most spellbinding and dramatic stories from all corners of the globe and is narrated in the UK by Stephen Fry. According to ITV, the priority, at this stage, is to continue the momentum of the respective distribution businesses while teams get to know each other and assess how they best work together.

ITV will acquire 79.5% of Plimsoll’s share capital from private equity firm LDC, Grant Mansfield and other existing Plimsoll shareholders for a cash consideration of £103.5 million. This includes £85.5 million payable to the existing shareholders and the repayment of Plimsoll's financial net indebtedness at completion, expected to be approximately £17.6 million.

“The significant opportunities in the international premium unscripted market make this the perfect time for Plimsoll to join ITV Studios. There is a quite special strategic and cultural fit that will enable us to achieve our -now shared- creative and commercial ambitions for Plimsoll. We’re excited to be part of ITV Studios’ expanding global force in content and delighted that, from today, this powerful new partnership is officially active,”  said Grant Mansfield, CEO of Plimsoll Productions.

Carolyn McCall, CEO of ITV, added: "Growing ITV Studios with an exciting pipeline of premium programmes is core to our strategy as we further diversify the business by genre, by geography, by customer and grow ahead of the market. Through Plimsoll Productions, as a Studio, we can continue to capitalise on the growing demand for natural history and factual programming, and I am really pleased to welcome Grant and the team."

Julian Bellamy, Managing Director at ITV Studios, concluded: “Grant and the team at Plimsoll bring years of unrivalled experience in the creation and production of outstanding and award-winning natural history and factual programmes. I’m delighted to welcome them to ITV Studios. Their addition to the group strengthens our position in supplying the best shows across all genres to buyers around the world.”