The series, ditributed globally by ITV, has made its way into more than 70 territories, and acquired by HBO Europe, Canal+, Britbox North America and Australia, Virgin Media Ireland and TVNZ, among others. 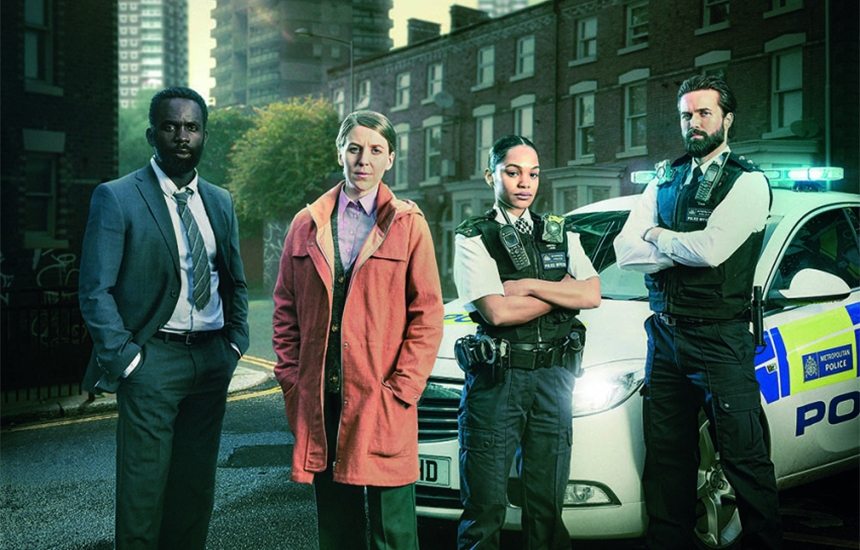 ITV’s Head of Drama, Polly Hill, confirmed the recommission of the crime thriller "The Tower." “It’s a real thrill to be recommissioning 'The Tower' with an excellent cast and script from Patrick Harbinson and the team at Mammoth Screen," Hill said. "The characters, brilliantly created by novelist Kate London, certainly resonated with our audience who are keen to learn what happens next.”

"The Tower" is distributed internationally by ITV Studios, with series one having sold into over 70 territories. HBO Europe, Canal+, Britbox North America and Australia, Virgin Media Ireland and TVNZ are among the platforms and broadcasters to licence it. On ITV, the series debuted with 5.4 million viewers. Windhover Films was formed by writer and producer Patrick Harbinson in January 2021.  Mammoth Screen is one of the UK’s leading drama production companies. It is part of ITV Studios. Filming is due to commence later this summer.“I am very grateful to Polly and ITV for recommissioning 'The Tower' and delighted to be working with Damien and my friends at Mammoth again. Kate’s second novel is even better than her first. It has all her trademark authenticity, complex characters, and a gripping and incredibly topical narrative," Patrick Harbinson said. "This series will keep the audience on the edge of their seats till the very end.”

Mammoth Screen and Windhover Films will produce the four-part drama in association with ITV Studios. Patrick Harbinson will executive produce the series alongside Mammoth Screen’s Sheena Bucktowonsing and Damien Timmer. Andy Mosse (The Last Bus, The Darkest Dawn, Hungerford) produces and Faye Gilbert (The Bay, The Line, Leaving Eva) directs. Polly Hill will oversee production of the drama for ITV.

The new series, "The Tower II: Death Message,"  is based on Kate London’s brilliant second novel, and is adapted by screenwriter Patrick Harbinson and produced by his company Windhover Films and leading production company, Mammoth Screen. Starring alongside Gemma Whelan as DS Sarah Collins is Tahirah Sharif, who was recently BAFTA-nominated for her role as PC Lizzie Adama, alongside Emmett J Scanlan as DI Kieran Shaw and Jimmy Akingbola as DC Steve Bradshaw. “It’s really pleasing that ITV viewers enjoyed watching series one of 'The Tower' as much as we enjoyed making it," Damien Timmer said. "We’re thrilled to be returning for the second volume of this fascinating story, and with this brilliant cast!”

The series opens with Lizzie returning to Farlow station. Her boss and former lover, DI Kieran Shaw (Emmett J Scanlan), partners her with Arif Johar (Michael Karim).  Their first call is to a domestic violence complaint against Mark Brannon (Charley Palmer Rothwell), who is accused of beating up his girlfriend, Georgina Teel (Rosa Coduri) and terrorising their young daughter Skye. Lizzie persuades Georgina to tell the truth about what Brannon has done to her, enabling Lizzie and Arif to arrest him. However, once the case gets to court, Lizzie finds herself cross-examined on the stand, leaving the whole case on a knife-edge.

Meanwhile Sarah Collins has transferred to Homicide Command. New boss DCI Jim Fedden is not welcoming: he asks her to re-open the case of a missing school girl, Tania Mills, who disappeared on the day of Princess Diana’s funeral, 6 September 1997. Sarah knows that Fedden has handed her an impossible challenge, but she throws herself into it with typical determination and thoroughness. And, gradually, perhaps helped by the fact that she too was a teenager of Tania’s age back in 1997, she begins to uncover clues that previous investigations had overlooked. At the end of the first episode, Sarah’s investigations take a further twist, which means she and Lizzie cross paths again… The antagonistic relationship between the experienced Sarah Collins and the novice cop Lizzie Adama is at the heart of The Tower II, as they are forced to work together for the first timeand begin to get a sense of each other’s unique strengths.

t’s a real thrill to be recommissioning 'The Tower' with an excellent cast and script from Patrick Harbinson and the team at Mammoth Screen. The characters, brilliantly created by novelist Kate London, certainly resonated with our audience who are keen to learn what happens next.” Poly Hill Head of Drama, ITV