The hand-drawn animation, is a co-production between Sixteen South and Polish animation studio Letko who created the look for the series based on artwork by illustrator Alena Tkatch. 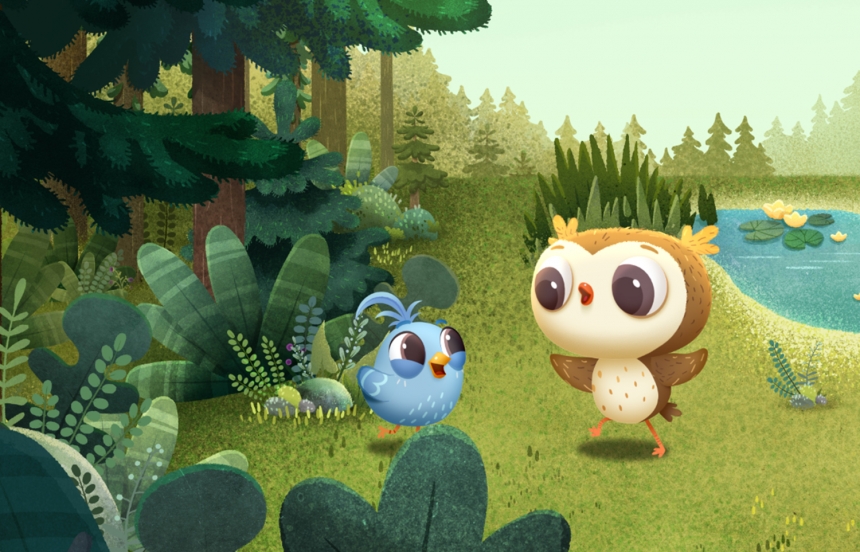 The 52 x 7’ hand-drawn 2.5D animation, is a co-production between Sixteen South and Polish animation studio Letko who created the look for the series based on artwork by illustrator Alena Tkatch. The show’s beautiful lighting and shading gives it a 3D feel in a 2D world – dubbed 2.5D by its creators. Currently in production, "Odo", the series aimed at kids aged 3-5, is set to premiere in summer 2021and  is distributed globally by Sixteen South Rights.

The series follows the adventures of Odo, the littlest owl at the Forest Camp who is determined to prove that despite his size, he is every bit as capable as all the bigger birds.  The series aims to teach young children self-efficacy and to believe in themselves to help combat the alarming rise in anxiety and depression levels in today’s children. Comedic and warm, with a genuine gender-free hero, the stories also deal with important themes such as immigration, racism, respect for others, and show kids how to deal with setbacks in a meaningful way while fostering the development of social skills.

Colin Williams, Showrunner, Sixteen South Originals, said: “I am thrilled to be in production with this very special show. When we created it in 2018, we were really concerned at the growing levels of anxiety and depression in children.  After what our kids have been through in the last 12 months, now more than ever, this really is a show for its time. We’re thrilled to have lots of new voices in our writing team and we’re not shying away from telling stories that need to be told – stories addressing racism, welcoming the migrant, adoption, loneliness and friendship groups.  'Odo' is a cheeky but lovable character with bags of self-belief.  To have the opportunity to once again co-produce with our beloved partners at KiKA and Milkshake! is just wonderful.”

Jakub Karwowski, Odo Exec Producer, Letko, said: “'Odo' has a great and unique character and we wanted the style of the show to be special as well. We created it in 2D with all the theatrical beauty of traditional two-dimensional animation, but adding lots of depth to the show with special 3D lighting and shading, giving the characters a 3D feel in a 2D world. We’re using a warm earthy palette to evoke a feeling of being outside on a sunny day – full of colour, light and energy.”

Sebastian Debertin, Odo Exec Producer, KiKA, said: “'Odo' is a wonderful show, warm and funny with a great big beating heart. It celebrates the square peg in a world of round holes and showcases the effectiveness of believing in oneself. We are sure our viewers are going to love it as much as we do!”.

Louise Bucknole, VP Kids Programming ViacomCBS Networks UK & Ireland and "Odo" Exec Producer Milkshake! said: “Just like our pre-school audience, the young birds at Forest Camp are all growing and developing their personalities and their voices, as they discover the world around them whilst having lots of fun. The series teaches them important life lessons while being friendship focussed, inclusive and full of curious wonder. We know our viewers will really relate to 'Odo' and his adventures and the series will soon be flying high!.” 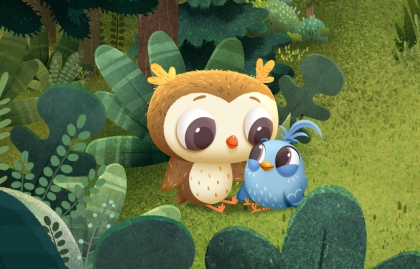 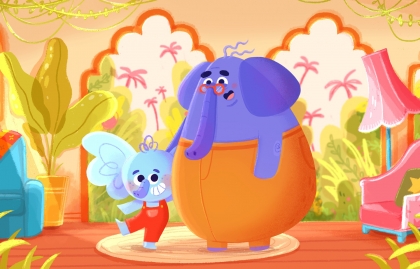