Sarandos, who has been with the company for more than 20 years, has long served as a Chief Content Officer, a role that has involved overseeing Netflix’s massively successfully originals program starting with series like "Orange Is the New Black" and "House of Cards". 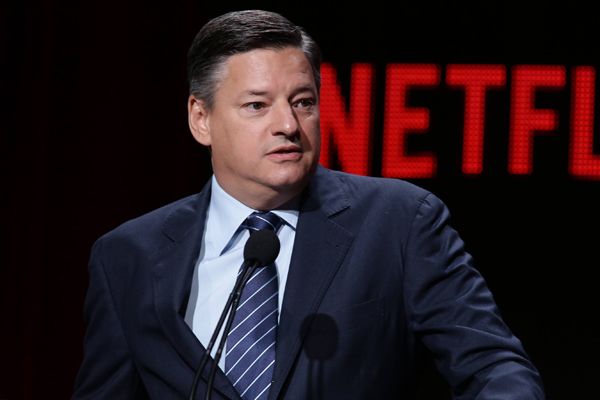 Longtime Netflix executive Ted Sarandos has been named Co-Chief Executive Officer, alongside co-founder Reed Hastings, the company announced today. “Ted has been my partner for decades. This change makes formal what was already informal — that Ted and I share the leadership of Netflix,” Hastings said in a letter to shareholders. The letter does not state if the move is effective immediately.

Sarandos, who has been with the company for more than 20 years, has long served as a Chief Content Officer, a role that has involved overseeing Netflix’s massively successfully originals program starting with series like "Orange Is the New Black" and "House of Cards". Since then, Sarandos has transformed the company into one of the biggest power players in Hollywood. As part of the move, Sarandos has also been elected to the board of directors. “Having watched Reed and Ted work together for so long, the board and I are confident this is the right step to evolve Netflix’s management structure so that we can continue to best serve our members and shareholders for years to come,” lead independent director Jay Hoag said.

Alongside Sarandos’ promotion, Netflix also announced that Greg Peters has been appointed Chief Operating Officer on top of his Chief Product Officer role. “We want Greg to help us stay aligned and effective as we grow so quickly around the world,” Hastings said.

The appointment comes as Netflix continued its strong subscriber growth momentum. It added 10.09 million subscribers during its second quarter, boosting its global base to nearly 193 million. It follows a record-breaking first quarter for the company when it added 15.8 million subscribers as people gobbled up more entertainment programming during the early days of the pandemic.

Netflix had cautioned that it might not be able to maintain its subscriber momentum, forecasting that it would add a more earthbound 7.5 million subscribers during the second quarter because “we expect viewing to decline and membership growth to decelerate as home confinement ends, which we hope is soon.” Many analysts didn’t take much stock in the forecast, however, because Netflix itself said it was “mostly guesswork” given the uncertainty surrounding business conditions amid the pandemic.