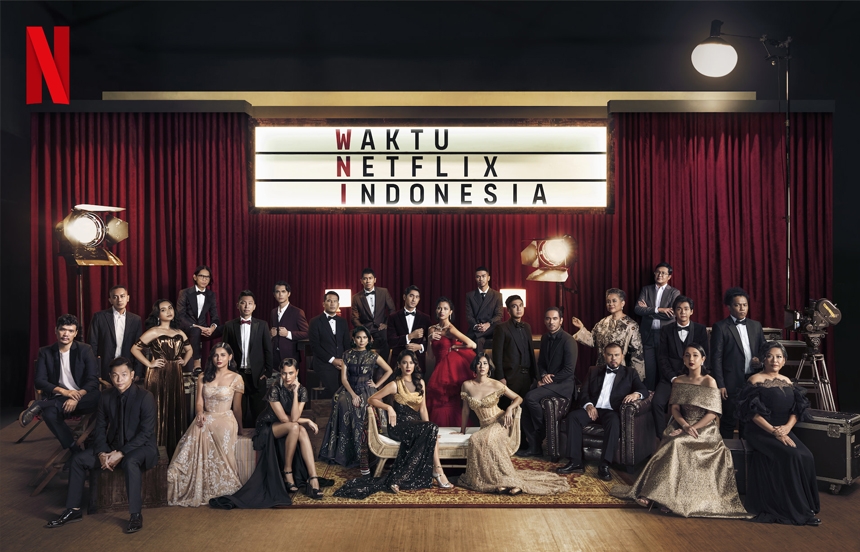 Netflix has announced a slate of upcoming made-in-Indonesia films and series — its most ambitious yet. The seven new titles, spanning sci-fi thriller, comedy and period drama, were unveiled at the Waktu Netflix Indonesia (Time for Netflix Indonesia) event today.

“The Indonesian film industry has evolved rapidly in recent years. More and more creators and stories from Indonesia are now being seen and appreciated by audiences and critics around the world,”  said Rusli Eddy, Content Lead, Indonesia at Netflix. “Our upcoming slate from Indonesia gives you authentic and unique stories, a representation of our country that is rich with stories and cultures, and brings you high-caliber talent whose significant works have shaped the film industry,” he added.

Since Netflix’s establishment in Indonesia in 2016, exceptional stories from Indonesia such as “Ali & Ratu Ratu Queens” and “Photocopier” have captured the hearts of audiences. According to the company, the upcoming slate reflects its commitment to help the industry build compelling content from the country, and taking these stories to the world.

End of this year, members can catch the first action-comedy film from Timo Tjahjanto called “The Big 4.” It tells the story of a by-the-book female detective who teams up with a group of down-on-their-luck assassins to investigate her father’s murder. “To be able to share my story to the world, made possible by Netflix, is exciting. I cannot wait for people to see the movie,”  said Tjahjanto, who has signed a multi-project deal with Netflix.

Meanwhile, showrunner Shanty Harmayn, in collaboration with directors Kamila Andini and Ifa Isfansyah, will release Netflix’s first Indonesian period drama “Gadis Kretek,” set against the backdrop of the country’s cigarette industry in the 1960s. “Rooted in Indonesia, I believe this beautiful story will resonate with audiences everywhere,”  Harmayn commented.

Furthermore, internationally renowned director Joko Anwar unveiled his new sci-fi thriller “Nightmares and Daydreams,” about ordinary people encountering strange phenomena. The series has multiple storylines which intersect with each other and lead to a dramatic denouement. "Indonesia is so full of unique and extraordinary stories. I'm always excited to have the chance to bring these stories to a wider audience, especially those that relate to the origins of our world,"  Anwar declared.

Our upcoming slate from Indonesia gives you authentic and unique stories, a representation of our country that is rich with stories and cultures” Rusli Eddy Content Lead, Indonesia at Netflix