TelevisaUnivision officially launched ViX+, the premium level of its new streaming offering. The Executive Vice President and General Manager of ViX+ describes what makes the platform different from others. 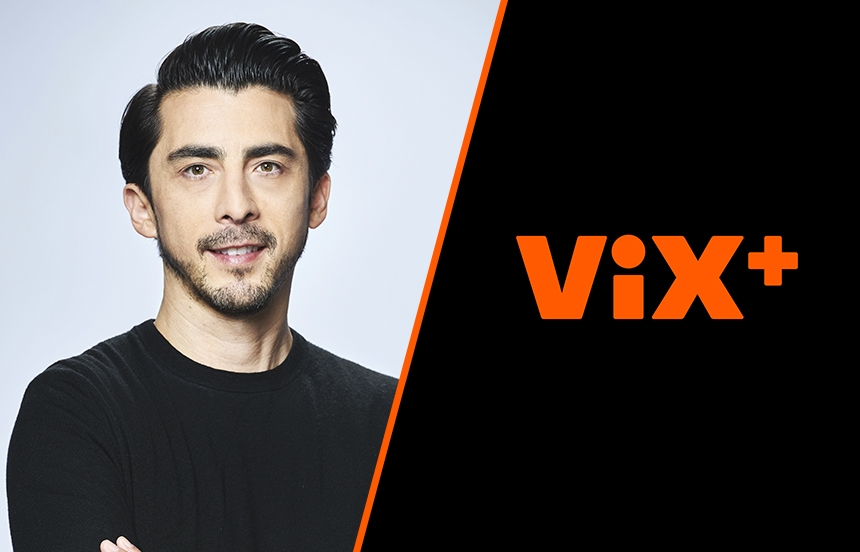 TelevisaUnivision officially launched ViX+, the premium level of its new streaming offering, which is now available in the United States, Mexico and most Spanish-speaking countries in Latin America, with a monthly price of US$6.99 in the United States and MX$119 in Mexico. ViX+ is the first large-scale streaming service created specifically for the Spanish-speaking world, providing access to more than 10.000 hours of entertainment, with more than 70 original series and movies during the first year, which represents, on average, at least the premiere of one original production per week.

“The biggest differentiator of ViX+ is that it is authentically Latin. Everything we do puts Hispanic culture at the center of the story. That is our approach, and that helps us to reach both the consumer and the creative community, because at the end of the day, we all want to see ourselves reflected in the stories. The creative community is very excited about our arrival, and they have brought us the best they have in terms of stories to bring to the screen,”  said Rodrigo Mazón, Executive Vice President and General Manager of ViX+ at TelevisaUnivision, in an exclusive dialogue with Señal News.

Latin original productions are one of the group's highest priorities. Among the exclusive titles available at the time of launch are the biographical series “María Félix, la doña”, the telenovela “La mujer del diablo” and the documentary “Mi vecino, el cartel.” In addition, ViX+ subscribers will see world premieres of highly-anticipated films available only on this service, including “Mirreyes contra Godínez 2, ‘el retiro’” and “Enfermo Amor,” coming out on July 27.

“Original production plays an incredibly important role for us. We know that without original content, it is very difficult to attract subscribers and retain them. Entertainment is a huge part of our strategy and also of the budget that we are investing in that sense. In the first year of ViX+, we will release more than 70 original titles. That allows us to have a very diverse proposal of movies and series in all kinds of genres,”  Mazón commented.

The platform also offers more than 7.000 hours of live sports in the United States and 3.000 live games per year, another great differential for the company. In fact, ViX+ is the only Spanish-language streaming service in the United States with complete coverage of UEFA Champions League, Europa League and Conference League matches. “We are making a huge investment in sports, knowing how important they are to the audience. We specifically focus on soccer, because of how popular this sport is,”  the executive explained.

New users have the opportunity to enjoy what ViX+ has to offer for seven days for free, starting today. Meanwhile, subscribers who are already registered on ViX (the AVOD version of the platform) will be able to watch selected episodes of various ViX+ Originals productions for free, and easily subscribe to the premium level in the application.

For TelevisaUnivision, it was extremely important that ViX+, the SVOD tier of the service, connected naturally with ViX, the AVOD level. “It is one of the great evolutions that we are taking to the consumer. Normally, AVOD is one thing and SVOD is a separate one. Ours is a single application where AVOD and SVOD, which are totally different experiences with different content, coexist. Here, being within the same platform and under the same brand, the user can very easily navigate between the two worlds,”  Mazón remarked.

Looking ahead, the EVP and General Manager of ViX+ stated: “We have a long-term vision to build, evolve and improve. I believe and trust that we have invested the necessary resources, time and equipment for this launch. From there, we will continue to build day by day, increasing investments and developing more relationships with the creative community. We are confident that the Latino audience will want to subscribe and stay with us for all kinds of content."