“The Envoys” and “Cecilia,” two Paramount+ originals produced by VIS, the international studio division of Paramount, were honored at the New York Festivals TV & Film Awards. 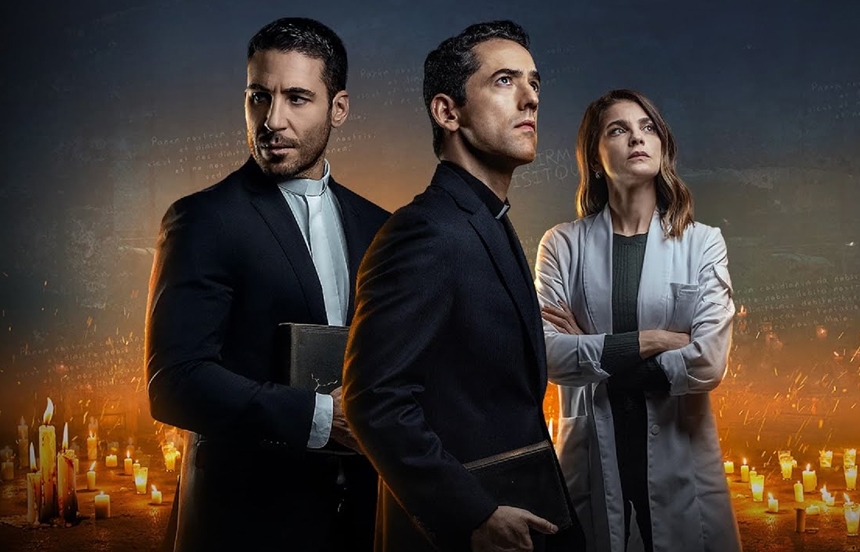 Two Paramount+ originals produced by VIS, the international studio division of Paramount, “The Envoys” and “Cecilia,” were honored at the New York Festivals TV & Film Awards, one of the most prestigious international awards in the industry. In detail, “The Envoys,” produced by VIS in collaboration with Argentinian director and screenwriter Juan José Campanella and his production company, 100 Bares, earned a Gold for “Best Drama” and a Silver for “Best Screenplay.” Meanwhile, “Cecilia,” produced by VIS in association with Oficina Burman (The Mediapro Studio), and created by renowned director and screenwriter Daniel Burman, earned a Silver for “Best Screenplay.”

“The Envoys” is an action thriller written by Leandro Calderone, Emanuel Diez, and Juan José Campanella, and stars Miguel Ángel Silvestre, Luis Gerardo Méndez, and Irene Azuela. The series follows the mission of two priests that are part of the Congregation for the Causes of Saints, the Vatican team in charge of verifying and studying miracles of potential saints, who are sent to Mexico to verify alleged miraculous healings of another clergyman known for performing them in a mental institution. As soon as they arrive in Mexico City, they receive the news that the priest they are looking for has disappeared without a trace. Their lives and faith are taken to the limit when they discover the psychiatric community located on the outskirts of town, which seems to hide more than one secret regarding the healing priest and his disappearance.

Based on an original idea by Daniel Burman and written by Burman, Clara Roquet, and Mónica Herrera, “Cecilia” is a dramedy starring Mariana Treviño as Cecilia, a creative, charismatic and daring woman who has transformed her parents’ bakery into a successful business through her talent and hard work. However, Cecilia’s fears and conflicts have led to a family dynamic highly dependent on her, where love has been replaced by need. Cecilia’s world seems to fall apart after her stressors cause her to suffer a stroke. What at first seems like a tragedy ends up being an opportunity for Cecilia to create an environment for those around her to develop the skills and resources they need to be self-reliant.