The hybrid festival, with a dedicated space for buyers to connect with the ITV Studios sales team, will allow customers to deep dive into its world-leading titles with behind-the-scenes footage, exclusive interviews, and never before seen clips. 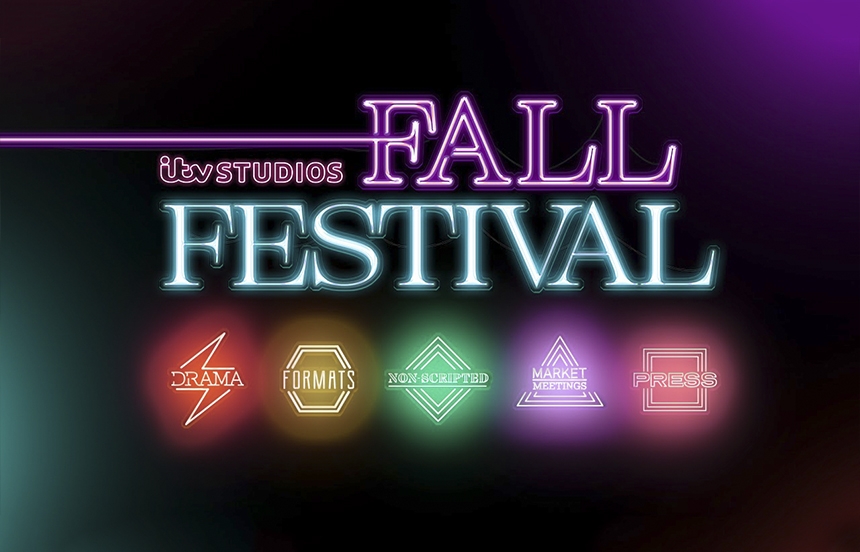 ITV Studios unveiled its upcoming Fall Festival this Autumn, building on the success of last year’s inaugural event, with tailored Non-Scripted, Drama and Formats days. The hybrid festival, with a dedicated space for buyers to connect with the ITV Studios sales team, will allow customers to deep dive into its world-leading titles with behind-the-scenes footage, exclusive interviews, and never before seen clips.

Kicking off with a Non-Scripted Festival on September 22, Drama on October 6 and Formats on October 7, the event will showcase new shows across all three genres. The full line-up will include Market Meetings, where cutting edge technology will enable buyers to engage with the sales team, moving seamlessly between face-to-face discussion and video. Plus in-person screenings are planned in both Madrid and Paris.

Non-Scripted clients will get to watch for the first time footage of the hotly-anticipated blue-chip natural history title “A Year on Planet Earth” (Plimsoll Productions), and also an interview with series producer Seb Illis and Head of Natural History Dr. Martha Holmes. There will also be glimpses of a slew of factual offerings, including gripping true crime documentaries, medical-based shows and premium history titles. Hosted by presenter Julia Bradbury, the sessions will run across the day to cater to clients in different time zones.

October’s Drama Festival will see virtual sessions covering dramas “Our House” (Red Planet), an adaptation of Louise Candlish’s best-selling novel; and “Holding” (Happy Prince). The “Holding” session is an in-depth look at the first adaptation of a novel by writer and TV legend Graham Norton and will include writer/producer Dominic Treadwell-Collins giving buyers a sneak peak at what is in store. There will also be exclusive updates on brand-defining dramas, including “Harry Palmer: The Ipcress File” (Altitude Film), “The Long Call” (Silverprint Pictures), “Showtrial” (World Productions), “Jerusalem” (Drama Team), “The Tower” (Mammoth Screen/Windhover Films), and “Redemption” (Tall Story Pictures/Metropolitan Films), among other titles.

The Formats Festival on October 7 will then kick off with a look at the latest and freshest formats such as “Ready to Mingle,” “Sitting on a Fortune,” “The Voice: Generations,” and more. Later in the month there will also be a love themed formats session, focusing on a range of successful love-based formats, such as “Love Island” and “Let Love Rule”. This will be followed by a cooking themed session and also a dedicated “Walk the Line” session, bringing clients an exclusive look on this original, high-octane music game show format co-produced and co-developed by Simon Cowell’s Syco Entertainment and Lifted Entertainment, part of ITV Studios.

“It’s an impactful slate and one of the strongest we’ve ever had, which is quite an achievement given the challenges of Covid and the last 18 months. We can’t wait to share this content with our partners, as we know they will be as excited by it as we are. It’s a great opportunity for us to build on our increasingly successful ITV Studios Festivals with a 'Feast for the Fall',”  said Ruth Berry, Managing Director of Global Distribution at ITV Studios.

Maarten Meijs, President Global Entertainment at ITV Studios, added: “Just like last year, this will be an unmissable event for our buyers. We will bring our freshest content, our biggest formats, and our catalogue has something for everyone. We are very excited to share this with our clients”.