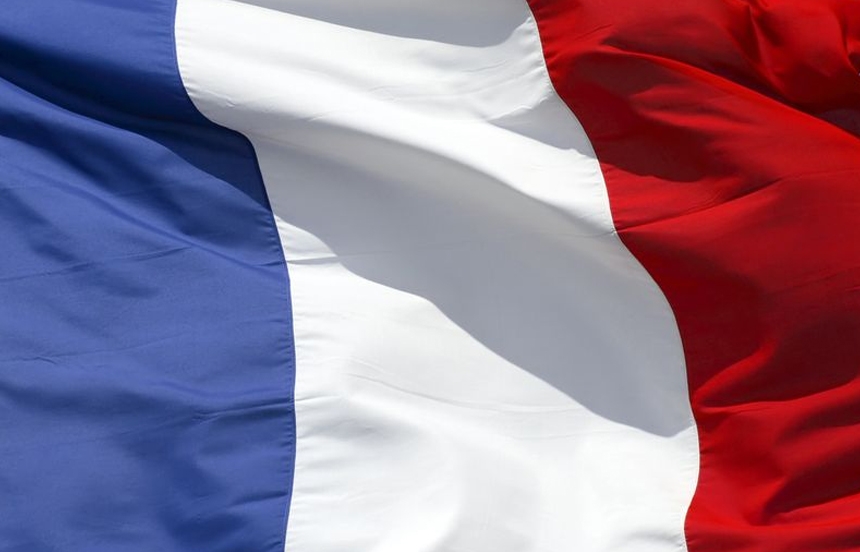 French animation finished 2021 and started 2022 with more than 300 international selections and 34 awards. In 2020, animated programs represented the leading genre sold internationally, with 38% of total sales. To know more about this prolific genre, Señal News spoke with Hervé Michel and Daniela Elstner from Unifrance and leading French distributors such as Xilam Animation, Cyber Group, TeamTO, MIAM! Animation, and Princess Sam about this prolific genre.

“Since the beginning of the health crisis, the French animated programs have met the growing demand of foreign broadcasters and platforms for quality content,”  highlighted Hervé Michel, Vice-President of Unifrance. At MIPTV, Unifrance will host 45 companies presenting their newest shows. “Our strong presence will demonstrate the energy and diversity of our branch. Along with the determination of our professionals to work together to keep adapting and responding to the sector’s challenges, such as supply and access to commissioning editors and buyers,”  said Daniela Elstner, Executive Director of Unifrance.

After the tremendous success of “Gigantosaurus,” Cyber Group Studios features “50/50 Heroes,” a comedy series commissioned by France Télévisions, Disney Germany & CEE and pre-acquired by Discovery Kids Latam and ITV in the UK. “It is a hilarious adventure of siblings’ half-brothers and sisters, who have inherited their grandparents’ superpowers,”  Raphaelle Mathieu, SVP, Sales and Acquisitions at Cyber Group Studios, described. “The Case” by Maurizio Forestieri is another highlight of the company. The acclaimed animated movie is set in an unknown time and place, where a young boy escapes war with nothing but a dream and a violin case.

Another leading player from the French animation scene, Xilam Animation, will launch the CGI hit comedy series “Oggy Oggy.” Free TV rights will open late summer, ideal for the back-to-school season. The French distributor will also introduce “The Adventures of Bernie,” a spin-off of its iconic series “Zig & Sharko” for the first time. “The new series will again be a non-verbal comedy and focusing on one of the brand’s most popular characters, Zig’s sidekick Bernie, who is stranded at the bottom of the sea,”  Morgann Favennec, EVP, Distribution at Xilam Animation, stated.

Moreover, MIAM! Animation arrives at MIPTV with its first in-house production, “Edmond and Lucy,” commissioned by France TV and HR/ARD for KiKA in Germany and adapted from the best-selling album “Edmond and friends” by Marc Boutavant and Astrid Desbordes. The show has already been presold to SVT (Sweden), RTS (Switzerland), VRT (Belgium), MTVA (Hungary), SYN (Iceland), LTV (Latvia), and TV5Monde (French-speaking worldwide).

“We have designed an innovative, competitive, and coherent production pipeline. Producing a show that is nourished by a sustainable narrative concept, in the highest graphic quality and at the same time, reducing our environmental impact as much as possible,”  Mélanie Errea, Sales and Acquisition Manager at MIAM! Animation, said. Another company project is “The Mini Whats,” one of its most recent acquisitions. Coproduced by Doncvoilà Productions and Silex Films for France Télévisions, this 2D comedy show for young kids (4-8) is based on “Les QuiQuoi,” best-selling albums by Olivier Tallec and Laurent Rivelaygue.

Finally, TeamTO will showcase “Jade Armor” at MIPTV. The show is an action-adventure comedy where Lan Jun’s life takes an unexpected turn. The company will also launch the fifth season of the comedy series “Angelo Rules,” which introduces Angelo’s new rival: West Side Academy. Furthermore, the Christmas Special "Angelo" finds himself on Santa's naughty list and repeatedly gets stuck reliving the day before Christmas in a nightmarish Yuletide time loop.

●  THE SEARCH OF GLOBAL SUCCESS

French animation brands are consolidated in the global scenario, and programs like “Gigantosaurus,” “Oggy and the Cockroaches,” and “Presto! School of Magic” have been sold over the world. What’s the secret behind these global hits? “Underlying values, ethics, and awareness of our world. We look for series that are relatable to kids. As we talk to our youngsters, we believe we have a responsibility to some extent,”  Raphaelle Mathieu stated.
“Diversity, equity, and inclusion. There is a need to reflect today’s world in animated productions,”  Sophie Audouin-Mamikonian added.

“We offer meaningful and daring content. We stand for social cohesion, empathy, solidarity, knowledge, quality family time, and sustainability. To us, each program brings its own little stone to build a better world. The human environment is indeed at the heart of all our projects and our production process,”  Mélanie Errea explained.

“We always look for something with a character-based story around an issue like the environment,”  Corinne Kouper, SVP Development & Production, Co-founder at TeamTO, said. TeamTo has one novel adaptation, “Ninn,” which is family-based with a modern take and not based in a school. “Stories set in a school not always travel so well, especially in Europe,”  she added.

International competition is particularly fierce nowadays, including for French animation, which ranks among the top three globally, along with the United States and Japan. Knowing the main demands of global audiences and offering a robust catalog to international buyers is a sure way to compete.

“Comedy goes first. Most of our clients want content that must primarily entertain while having underlying meaning. We put a lot of heart and pride in working on a series where girls have lead roles or visible minorities are put on the front. Environment issues and the awareness of the world we live in are also fundamental,”  Raphaelle Mathieu said.

Morgann Favennec added that there is a significant demand both from buyers and international audiences for educational content for a preschool audience, which was initially driven by the pandemic and a need to support children while they are at home. It now appears that the trend has a certain potential for the longer term. “Animated comedy shows are also proving to be very popular to provide young audiences with some light relief and escapism,”  Favennec stated.

“The last trend that we have witnessed is a new appetite for young adults animated shows, which is great since MIAM! Distribution has been investing for the past years in distributing socially engaged programs for pre-teens, teens, and young adults such as ‘Brazen’ and ‘Unsung Women’,”  Mélanie Errea described.

Moreover, Corinne Kouper has highlighted another trend: the need for comedy for difficult times in the world. “Perhaps including a boy lead as we have seen an increase in girl-leading shows, which needs to be balanced. We always need more projects led by women and BIPOC creators. Definitely a big need there.”

Of course, all distribution companies aim to sell, but how do they choose the best content for their clients? “Broadcasters need more meaningful content, especially about sustainability. “At MIAM!, ecology and sustainability are key values and the motor to all our actions,”  Mélanie Errea said.

Raphaelle Mathieu noted that digital platforms tend to look for more serialized content and do not necessarily want many seasons. Furthermore, linear channels usually focus more on 52x11 shows, where comedy is always present. “However, things are evolving, and linear broadcasters are starting to evaluate serialized content. It’s only the beginning,”  she expressed.

“We often see linear channels and digital platforms concentrating on big and well-established brands, new seasons or sequels of existing shows, or series with probed commercial potential,”  Morgann Favennec said. “We’re also seeing linear channels and digital platforms influencing each other as they evolve. Today, traditional broadcasters are now more open to serialized content and shorter formats. At the same time, platforms are focused on securing the best performing shows from linear TV,”  Favennec highlighted, in a similar view as Mathieu.

Sophie Audouin-Mamikonian admitted that there is more demand for programs with strong leading female characters, stories that connect to the audience’s daily lives, and scenarios that include creativity, caring, and courage.

“Some digital channels are taking a few more risks, testing their brand’s limits a bit,”  Corinne Kouper said. One example is CBC Gem from Canada, with shows like “Pen15,” which would not sit comfortably on their free to air channel. “I am also interested to see how streaming platforms like HBO Max have gone into a ‘one episode a week’ model, which will work great for our girl action series ‘Jade Armor.’ ‘Vox Machina’ is also premiering three episodes per week. It definitely feels like ‘everything old is new again’,”  Kouper appointed.

Since the beginning of the health crisis, the French animated programs have met the growing demand of foreign broadcasters and platforms for quality content” Hervé Michel Vice-President of Unifrance