Can Okan, Founder and CEO; and Ahmet Ziyalar, President and COO, recount the unique path the Turkish company experienced in the past 30 years, characterized by constant evolution and diversification. 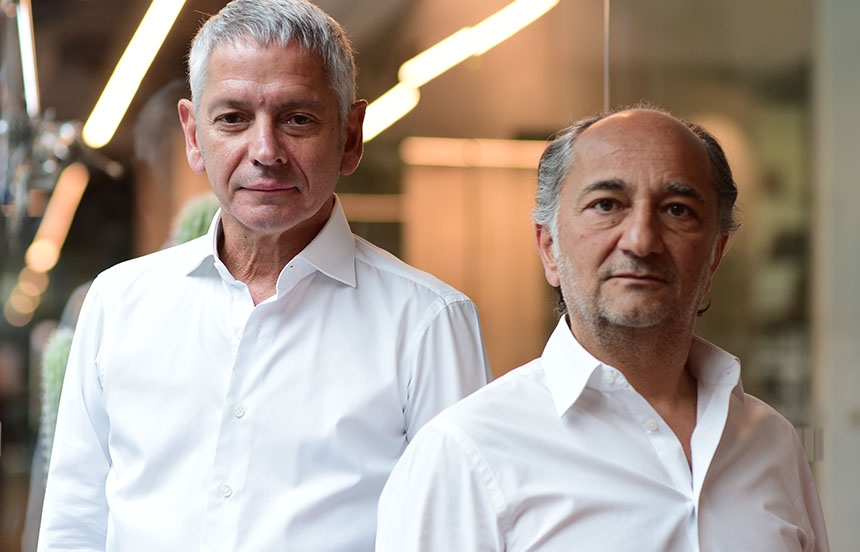 Can Okan and Ahmet Ziyalar

In 2022, Inter Medya celebrates a significant milestone: 30 years in the international content business. The company's achievements during these years are many: an established name in the distribution arena, more than 150 countries reached with its content, and the creation of its own production label. Can Okan, Founder and CEO; and Ahmet Ziyalar, President and COO, spoke with Señal News and recounted the company's history, challenges, and goals.

What does it mean to you, not only from a business perspective, that Inter Medya reaches its 30th anniversary?
CO: "I am so proud! It makes me very happy to have reached this point in a business that I have worked so hard and devotedly. Today, we are celebrating our 30th anniversary with a growing team that carries Turkish content to more than 150 countries."
AZ: "I think being a 30-year-old company is not easy! It is our greatest wish to have many more successful years with the pride and happiness of being a company that brings Turkish culture to the world."

How do you remember the company's first days, and what were the most significant challenges during that time?
CO: "When Inter Medya was first established, it was a company that brought content from abroad to Turkey. We handled all the work with a team of two people. Today, we are 35 people and still growing. Over time and in parallel with the worldwide success of Turkish content, the nature of our work has changed, and we started to bring Turkish content to the international market. Political and economic problems arise in different countries. Of course, that impacts countries' purchasing power, but despite all these difficult times, our content sales have not lost momentum. Likewise, during the pandemic, there was great uncertainty for everyone, and production became very difficult. Moreover, all exhibitions were canceled, and everything moved to digital. Those times were perhaps the most difficult we experienced. Despite that, we overcame these times even stronger, got used to the new order quickly, and internalized our business model. Our sales continued to increase and grow."

What are the most significant milestones that Inter Medya reached during the past thirty years?
CO: "At Inter Medya's first years, its basic market structure remained more or less the same but soon found itself operating both inbound and outbound. Beginning in 2001, Inter Medya expanded its range to cover the Central and Eastern European markets, Russia and the CIS countries, Central Asia, and the Baltic. From 2007, the Middle East and North Africa started to show great interest in Turkish content. At the beginning of 2014, Inter Medya licensed Turkish Dramas to Spanish-speaking TV channels in the United States and 21 countries in Latin America. After that, the demand from those countries never decreased. In 2020, following the popularity of online streaming platforms, we launched the 'New Generation Turkish Series' and acquired the representation rights of several successful mini-series. In 2021, Inter Medya created Inter Yapım, an independent production company aiming to produce high-quality content for local and international digital platforms. These are the important milestones we can count in general."

How would you describe the inspiration and help you received from all Inter Medya's team?
AZ:" We have a young and very dynamic team with knowledge of different cultures and a global vision. They follow global trends from various sources and keep up with today's technology. They have different perspectives, which is a great inspiration for us. Together with them, we discover other worlds and keep ourselves up to date. We encourage them to convey their thoughts and ideas to us as much as possible. After all, two heads are better than one! Inter Medya is more than just a corporate company; it is a team that operates like a family. We take care of this culture in our internal management. We see it as a contribution to Inter Medya and our industry."

How do you evaluate the progression of the content business in the past decades?
CO: "In today's world, I think that content could be the fastest developing and growing business. Especially with the pandemic, the expected momentum was gained earlier, and our industry experienced a boom in production and consumption. The content industry has made great progress in quantity and quality."

What will be the goals and dreams for the following years of Inter Medya?
CO: "Of course, our biggest goal is to continuously improve our content catalog and not to leave a country where we don't deliver Turkish content. In addition, we want to consolidate the production journey we started last year by signing big projects."
AZ: "As Can said, our biggest goal is to keep our catalog up to date and diverse and to maintain an offer that meets the demands of all our customers. In addition, our greatest wish and dream is to create productions that will stream on local and international platforms with our new initiative Inter Yapım."