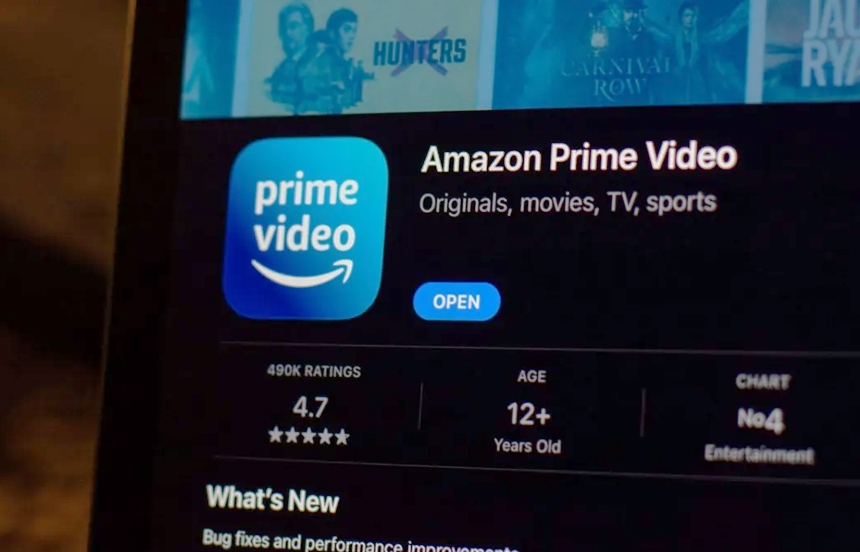 While Netflix is still more popular in Germany, Amazon Prime Video is catching up. In fact, from 2014 to 2017, Amazon’s video service held a bigger share of the country’s subscription OTT market than Netflix did, according to eMarketer’s estimates. By the end of that period, 83.9% of subscription OTT video service users there watched Amazon Prime Video at least once per month, and 51.1% watched Netflix as often.

In 2018, Netflix’s strong growth propelled it ahead of Amazon, a position it has held ever since. This year, 28.2 million people in Germany will be monthly Netflix viewers, making up 77.4% of subscription OTT video service users or more than 33% of the population. The gap between the two streamers was the widest in 2019, when Netflix had a lead of 8.1 percentage points over Amazon Prime Video in the subscription OTT market. While both services will continue to see strong growth, the latter is slowly catching up again. 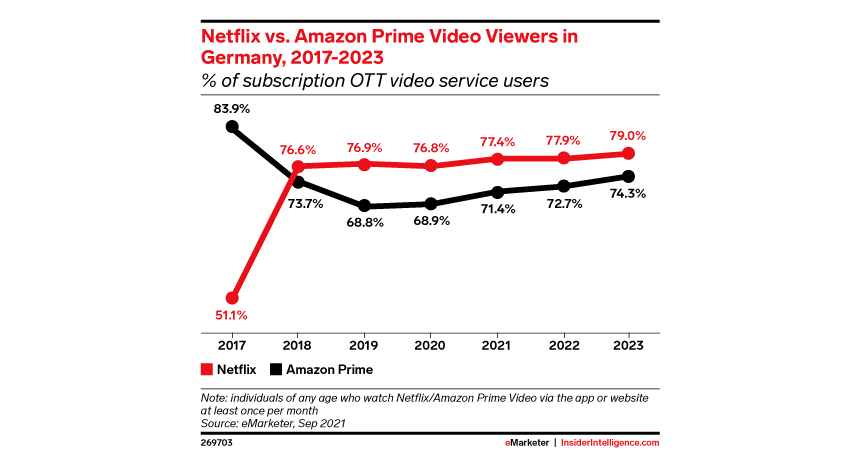 “Amazon Prime Video could be poised for a big comeback and will begin to close the gap with Netflix in the coming years,”  assured Brian Lau, eMarketer associate forecasting analyst at Insider Intelligence. He added that the lockdown-driven spike in ecommerce last year jump-started this trend. Retail e-commerce sales in Germany grew by 16.0% in 2020, the strongest since 2013, according to eMarketer’s estimates. Given that Amazon’s service comes with the Prime membership, the shift to e-commerce likely resulted in increased adoption of Prime Video.

“Further boosts will come from its new sports broadcasting contracts, as well as its deals with local TV stations,”  Lau said. Amazon has ramped up its offerings and invested more in the country. Amazon’s acquisition of the live broadcasting rights of the UEFA Champions League —which is immensely popular in Germany— is expected to boost Prime Video viewership. Moreover, in February, Amazon announced its further investment in the market with German-language original series, after introducing a TV package of over 38 channels from public broadcasters last year that is free for Prime members.

Just like Amazon, Netflix is heavily investing in the market. After seeing a boost in viewership from German-language originals such as “Dark,” Netflix has continually worked on growing its audience in Germany. Most recently, Netflix announced that in the next two years, it will open a Berlin office and spend more than €500 million on producing German-language content for Austria, Germany, and Switzerland.

In light of these developments, eMarketer forecasts that the gap between the two streaming platforms began to close last year. By the end of 2025, 76.4% of subscription OTT video viewers (31.2 million) will watch Amazon Prime Video at least monthly, and 79.5% (32.5 million) will watch Netflix just as often. This means that Netflix will have only 3.1 percentage points more of the subscription OTT market, a significantly smaller margin compared with 2019.