Combining Prime Video and free delivery membership, Amazon has become the only global streamer to have made a successful push into the Indian market without having acquired a pre-existing local streaming platform, according to Ampere Analysis. 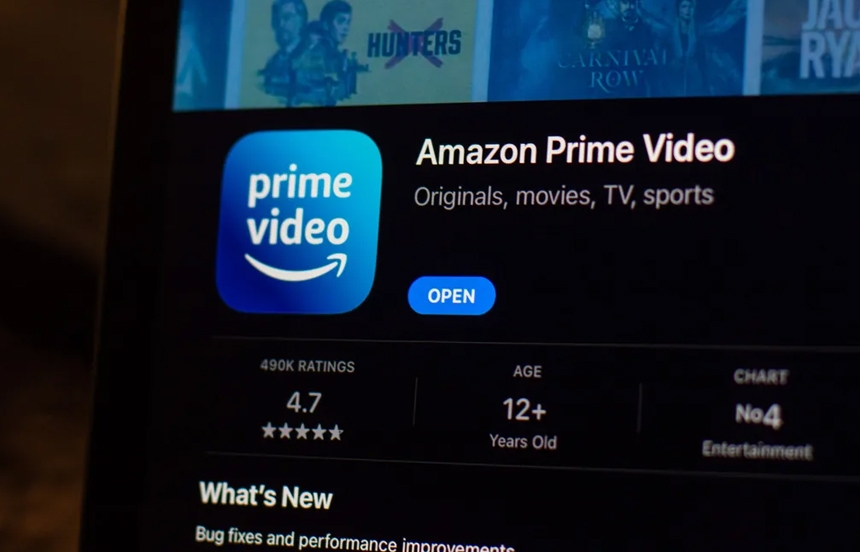 Despite launching relatively late compared to other local players in the Indian market, as of the second quarter of 2022. Amazon Prime Video has a customer base of 13.6 million subscribers in India, occupying sixth position behind local streaming players ZEE5 and ALTBalaji, currently with 16.8 million and 18.5 million subscribers, respectively, Ampere Analysis said in its latest report.

According to Ampere, combining Prime Video and free delivery membership, Amazon has become the only global streamer to have made a successful push into the Indian market without having acquired a pre-existing local streaming platform, a move which has secured Disney+ Hotstar 47 million Indian subscribers to date.

To help further grow its appeal, in April 2022, Amazon Prime Video announced 20 new locally produced first-run shows for the Indian market, together with four movies, a number of renewals for existing titles, and detailed updates on number of previously announced commissions. It has been the streamer’s biggest slate of original local commissions for the territory so far. 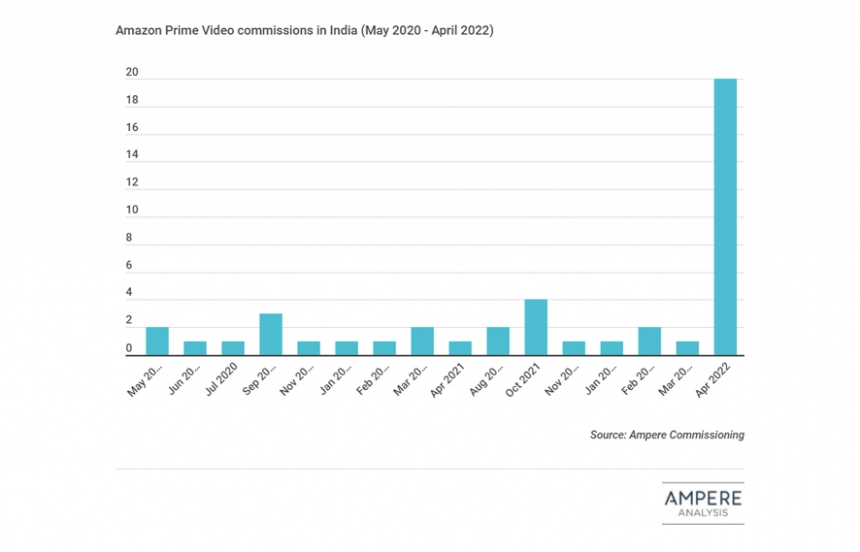 Sixteen of Prime Video‘s newly announced first-run TV shows are scripted, with seven of them in the Crime & Thriller genre category, four in Drama, three in Comedy and two in Sci-Fi Fantasy. Four of the new titles are Unscripted and all are Documentaries. Ampere’s Q1 2022 Consumer survey indicates that Comedy was the most popular genre among Indian responders, with Action & Adventure and Crime & Thriller taking second and third place. “Prime Video’s commissioning strategy broadly reflects this: while its newly announced local TV shows cater strongly to the subscribers’ preference for Crime & Thriller, the majority of its renewals are for Comedy titles,”  noted Zuzana Henkova, Analyst at Ampere Analysis.

None of the new titles announced were adaptations of pre-existing intellectual properties or remakes of international formats. However, Prime Video provided further details on its previously announced triple adaption of the US scripted format “Modern Love,” for which the streamer has commissioned versions in Hindi, Tamil and Telugu languages. The global streamer is also expected to further boost its genre-specific local content production through 2022 and beyond as it looks to continue growing its subscriber base in the Indian market.