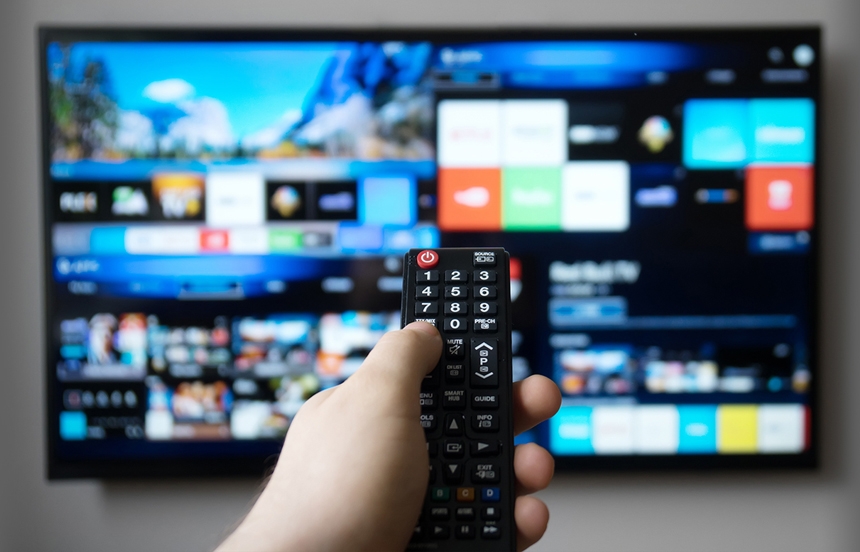 Connected TV (CTV) ad spend will reach $14.44 billion this year, up 59.9% from 2020, according to eMarketer’s latest report. However, the researcher advanced that CTV ad revenue growth will slow following this year's spike, although it will continue to gain share of overall digital ad spending through 2025, passing 10% by 2024. Looking ahead, CTV ad spending in the United States will more than double by 2025, soaring past $30 billion.

"Demand for CTV advertising has rebounded strongly this year as marketing budgets return to normal and ad inventory increases thanks to the launch and expansion of new ad-supported streaming services. CTV ad prices are also significantly higher than last year, which has driven up the overall spend,"  commented Peter Vahle, eMarketer Senior Forecasting Analyst at Insider Intelligence 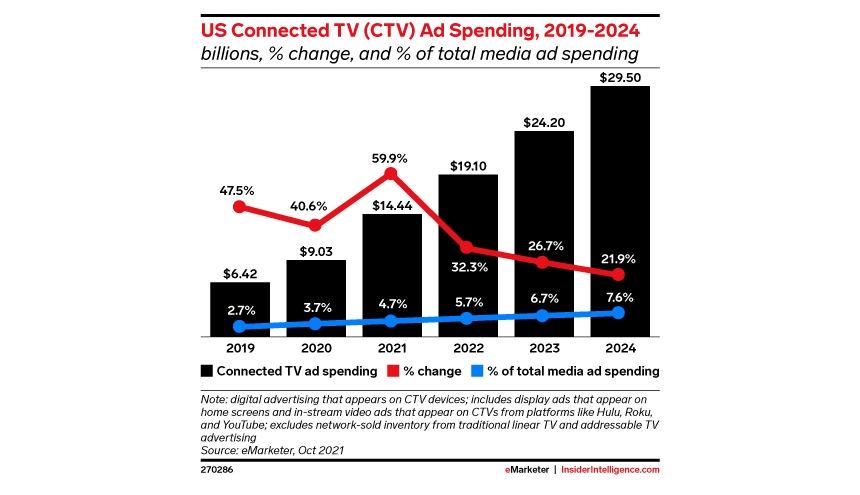 According to eMarketer, at this point, all major networks have ventured into CTV. Disney has Hulu, ViacomCBS has Pluto TV, and Fox has Tubi. YouTube and Roku also command a large share of CTV revenues, though these competitors differentiate themselves as digital-first companies.

Hulu makes more ad revenues from CTV than any other company eMarketer forecasts, collecting $3.13 billion in 2021. It is followed by YouTube at $2.54 billion and Roku at $1.58 billion. “We don't yet publish forecasts on CTV newcomers like Paramount+ and Peacock, but these players have major potential to gain share in the CTV ad market,”  the report says. 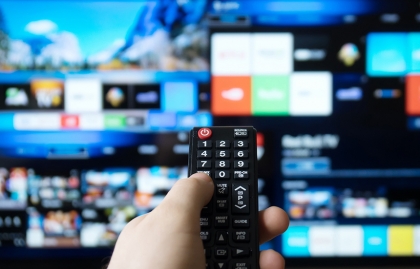