As Netflix seeks to monetize its market domination in the West, in APAC it continues to focus on driving subscription uptake at the expense of ARPU, in particular in developing markets, Ampere Analysis noted in its latest report. 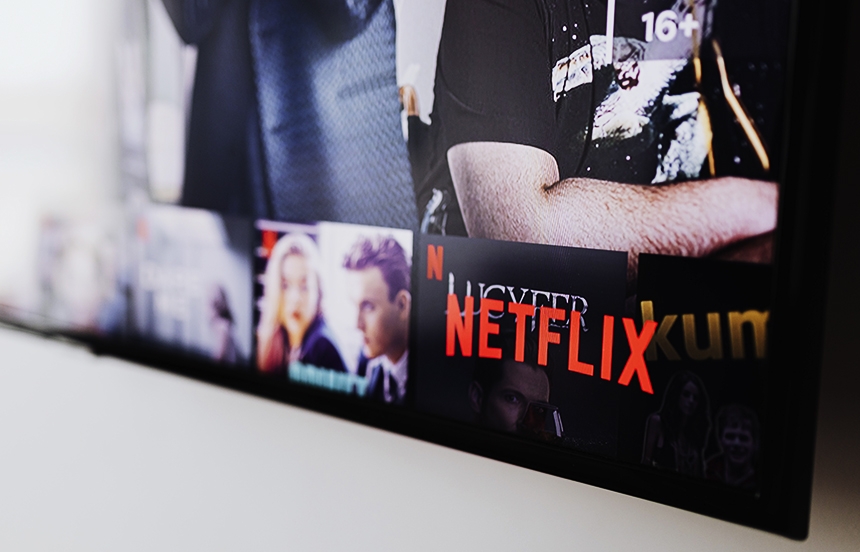 Netflix’s recent quarterly update, and the news that the service’s total subscriber base had fallen by 200.000, provoked a strong reaction from investors. Multiple challenging factors were rightly cited in mitigation, including the shutdown of the company’s business in Russia, macroeconomic turbulence, increasing competition from new services, saturation in mature markets, and the prevalence of account sharing.

The company’s response in North America and EMEA has been to increase the price, cashing in on its scale to grow average revenue per user (ARPU). Meanwhile, Netflix’s operations in APAC have largely continued their positive trajectory, recording a net gain of over 1 million subscriptions, Ampere Analysis noted in its latest report.

As Netflix seeks to monetize its market domination in the West, in APAC it continues to focus on driving subscription uptake at the expense of ARPU, in particular in developing markets. “Cheaper mobile plans and local content investment are key drivers for Netflix’s continued growth in a region where many consumers do not possess the same level of willingness or ability to pay for subscription services as in developed markets,”  said Orina Zhao, Senior Analyst at Ampere Analysis and the author of the report.

In India, for example, Netflix has not only introduced simpler mobile-focused plans, it has regularly reduced prices to bring them closer to local SVOD platforms. The most recent price cut, at the end of 2021, helped Netflix add an estimated 360.000 subscriptions in India in the first quarter of 2022, the largest growth in the APAC region. On the back of this, Netflix introduced similar mobile-tier plans across other developing markets in Southeast Asia. 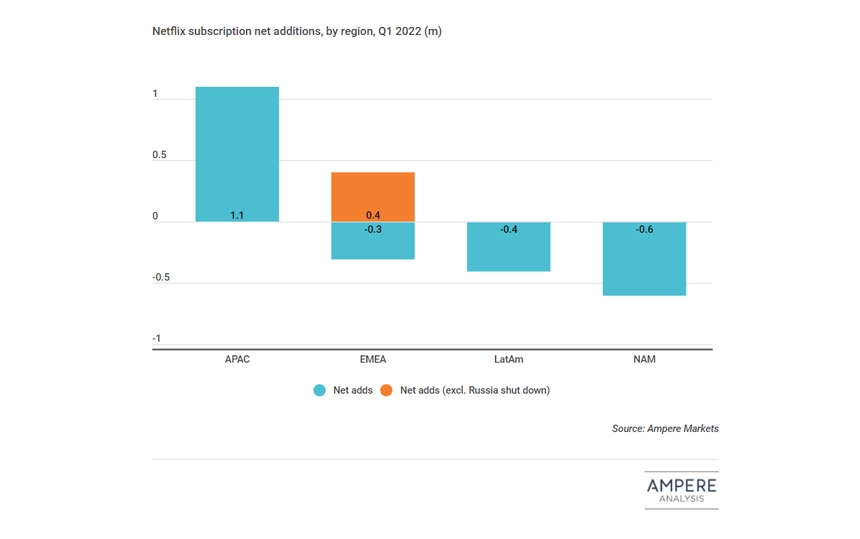 In addition, Netflix has tightened its partnership with mobile providers in APAC to enable carrier billing, service bundling or sometimes zero rating. It has also gradually extended its partnership to broadband and pay TV providers in the region through on-boarding deals, bundling or exclusive data packages. Furthermore, Netflix is reportedly looking to trial an ad-funded streaming in markets where penetration is low and monetization is challenging. All initiatives are improving accessibility and driving uptake among the vast consumer base in APAC.

In contrast to the developing markets in APAC, Netflix has proven successful in developed APAC markets (such as Australia and New Zealand, Japan, South Korea, and Taiwan) without needing to compromise on ARPU. It has also ramped up its investment in local content: Ampere estimates that, between 2016 and 2021, Netflix has spent over $2.2 billion on Japanese content and $850 million on Korean content, respectively, with about half of each going to original productions. With 24 Korean titles and 19 titles Japanese titles currently commissioned (as per May 2022), Korean and Japanese have also risen to be Netflix’s third and fourth largest commissioned language among its total upcoming shows, further strengthening the global streamer’s APAC presence.