Of the ten films in contention for “Best Picture,” three are SVOD-produced originals or exclusives, the highest ever percentage, with two nominations for Netflix and one for Apple TV+, Ampere Analysis noted in its latest report. 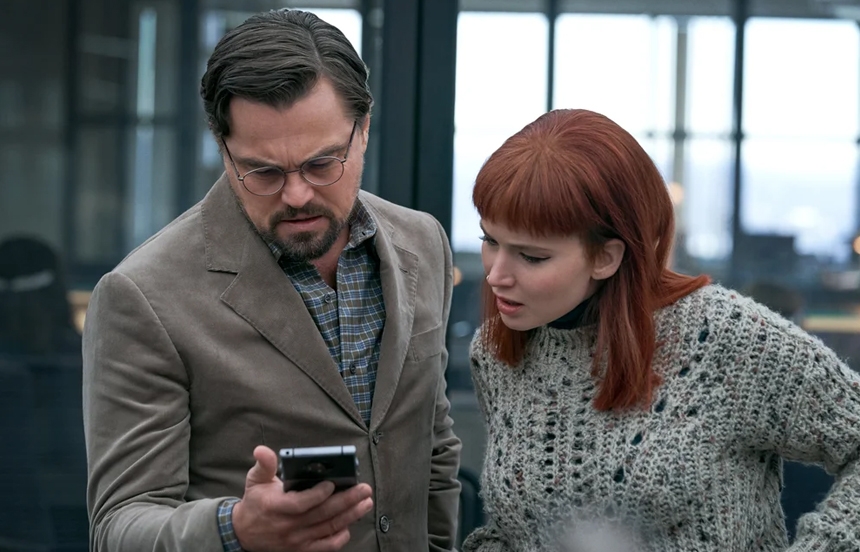 The 2022 Academy Awards have again highlighted the impact of Netflix and other video-on-demand services on the film landscape. Of the ten films in contention for “Best Picture” (the most nominees for the coveted award since 2010), three are SVOD-produced originals or exclusives, the highest ever percentage, with two nominations for Netflix (“Power of the Dog” and “Don’t Look Up”) and one for Apple TV+ (“CODA”), Ampere Analysis noted in its latest report. 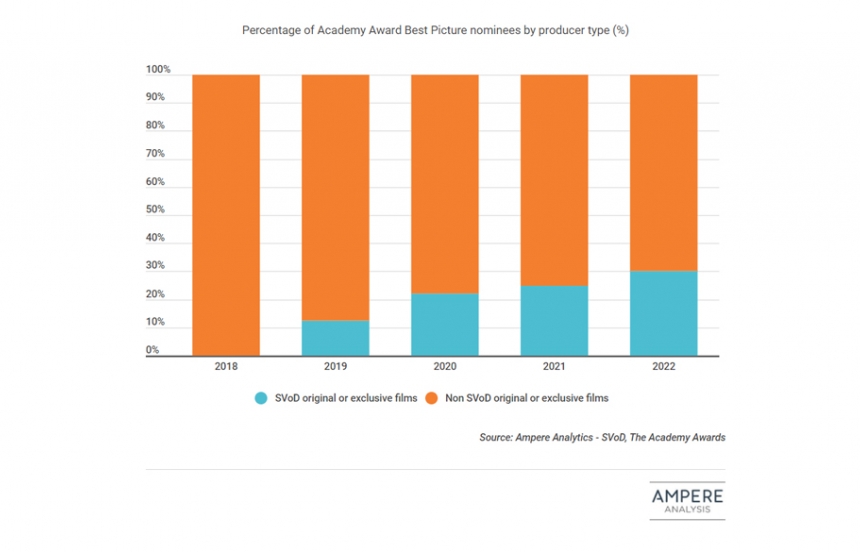 This growth in SVOD services’ spend corresponds to an increase in the share of their nominations for “Best Picture”. In 2019, SVOD titles accounted for one of the eight nominees for this category (with Netflix-produced “Roma” initially being met with criticism for not being a predominantly theatrically released title). But with three of the ten nominees in 2022, SVOD services are showing that their content can be not only popular and widely accessible but also of critical worth.

“While the legacy studios continue to also invest heavily in movie content, perhaps the real winners are the audience: it is also noteworthy this year that US viewers can watch all ten films nominated for ‘Best Picture’ in their homes, ahead of the Awards ceremony, via either SVOD services or transactional VOD (TVOD),”  noted Peter Ingram, Analyst at Ampere Analysis and the author of the report. 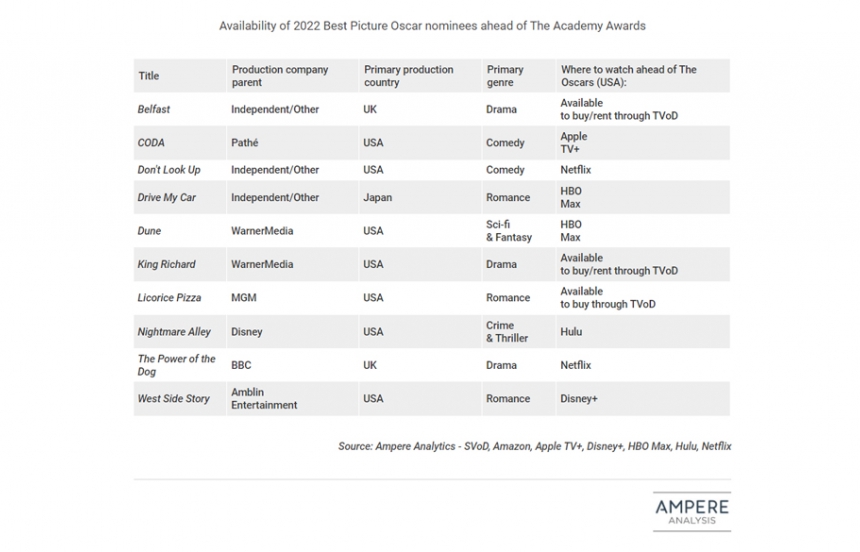