The Brazilian production, which tells what three different mothers are capable of doing in the name of love for their children, began to be shown on Teletica. 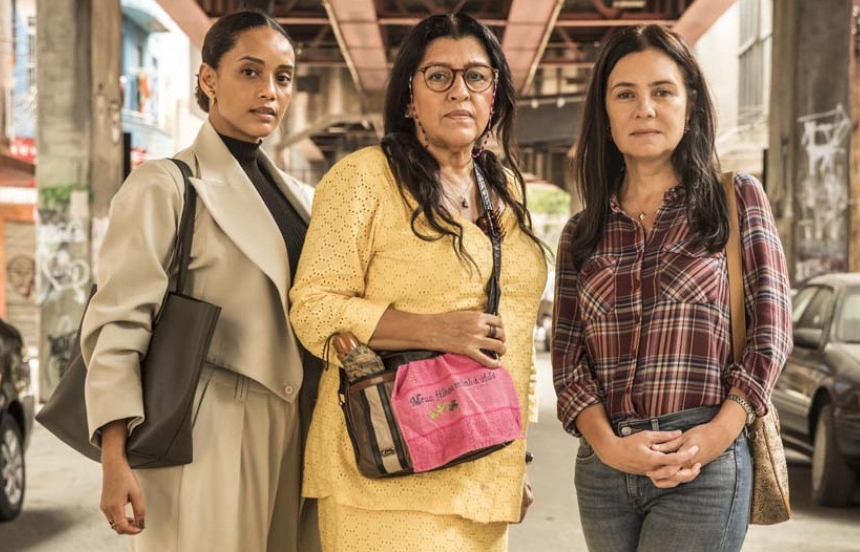 The production that was the audience leader in Brazil and Portugal and that is currently on the air in Uruguay, Globo's "A Mother’s Love" premiered yesterday in Costa Rica through Teletica. The plot, which was nominated for an International Emmy for best telenovela that year, and a gold medal winner at the Venice TV Awards in the category of best telenovela, promises to captivate local audiences.

In "A Mother’s Love", a realistic and captivating plot written by Manuela Dias and with artistic direction by José Luiz Villamarim, the story of the mothers Lurdes (Regina Casé), Thelma (Adriana Esteves, of ‘Brazil Avenue’) and Vitória (Taís Araujo, of ‘Shades of Sin’) is the highlight. Three women of completely different profiles living motherhood to the fullest. Despite the differences that separate them, they will have their lives intertwined forever. The central theme of the story is the mission of being a mother and showing how the daily life can be impacted – positively or negatively – by events of life. This plot is about maternal love and what each of them is capable of doing out of love for their children.

Lurdes is a mother of five tirelessly searching for Domenico, a child of hers sold by his own father 26 years before; Thelma is overprotecting and her love borders on obsession. To have her son close to her, she knows no limits and is capable of anything to achieve her goal, no matter who is in the way; As for Vitória, she is a successful lawyer who sees her marriage end after countless unsuccessful attempts of having a child and chooses do adopt a child, but finds out she is pregnant midway through the process. In ‘A Mother’s Love’ the lives of these three mothers overlap when they realize what they are capable of in the name of their love for their children.

Regina Casé, who plays the lead character guarantees her character is unique and will come into the homes of viewers in an unforgettable way: “If I had to define Lurdes in a single word, I’d choose courage. She’s a smart woman, with constant affection for her children. And, despite life having been so tough on her, she’s got a great sense of humor. She’s not defenseless, she was not crushed by life. She’s a beautiful character! Whenever a problem comes up, she doesn’t stop to think for even a second. She’ll dive in immediately to solve it”.

The telenovela, that had part of its shooting during the pandemic, was the first production shot at MG4, Globo’s new studios opened in 2019, which consolidated the location as the largest audiovisual production complex in Latin America, with innovative facilities still not applied in any other production center in the world.