Adler’s appointment at “The Chase” producer comes as the label is increasing its focus on quiz and game shows, following the commission of a number of brand new shows this year, 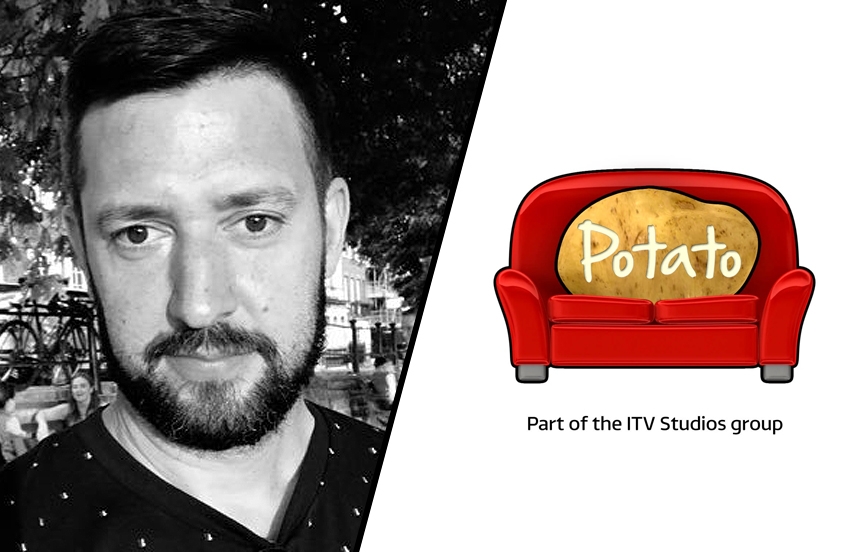 ITV Studios’ label Potato has announced that Adam Adler, creator of the global hit format “The Cube,” is joining as Creative Director. Adler most recently led ITV Studios’ Gameface label, which was behind shows including “The Void” and “Britain’s Brightest Family,” and Gameface’s IP will now integrate into Potato going forwards. Adler joins fellow Creative Directors at the label, Martin Scott and Phil Mount, and will report in to Potato’s Managing Director, Michael Kelpie.

Adler’s appointment at “The Chase” producer comes as the label is increasing its focus on quiz and game shows, following the commission of a number of brand new shows this year, including two primetime commissions for ITV, “Moneyball” and “Sitting on a Fortune” - both co-productions with fellow ITV Studios label Possessed - and exciting new dating show “Ready to Mingle,” as well as the return of “Beat the Chasers” and “Winning Combination”.

Prior to Gameface, Adler was Creative Director of Objective Productions, where he created the BAFTA award-winning game show “The Cube” and BBC One game show “Reflex,” while he was previously Commissioning Editor for entertainment at Channel 4, overseeing shows such as “Derren Brown’s The Heist,” “8 out of 10 Cats,” “Beauty & the Geek,” and “Russell Brand’s Ponderland”.

“Potato is home to a group of amazing, talented, dedicated and passionate people, and I am genuinely thrilled that Adam has joined us. 2021 has been Potato’s most successful year ever, a year of meteoric growth, awards and unprecedented ratings. The addition of Adam to our team signals Potato’s unbridled ambition to be one of the UK’s foremost content producers, creating and making exciting, entertaining and original shows,”  Michael Kelpie said.

“I'm thrilled to be joining the amazing team at Potato at this exciting time, as they enjoy their most successful year to date. For me, it's the home of quiz and game, and I can't wait to see what I can add to that in the coming months. We've already got some really strong ideas in development and I'm really excited for next year,”  Adler added.