The series was acquired by CANAL+ in France and for all CANAL+ territories around the world, set to debut this year. 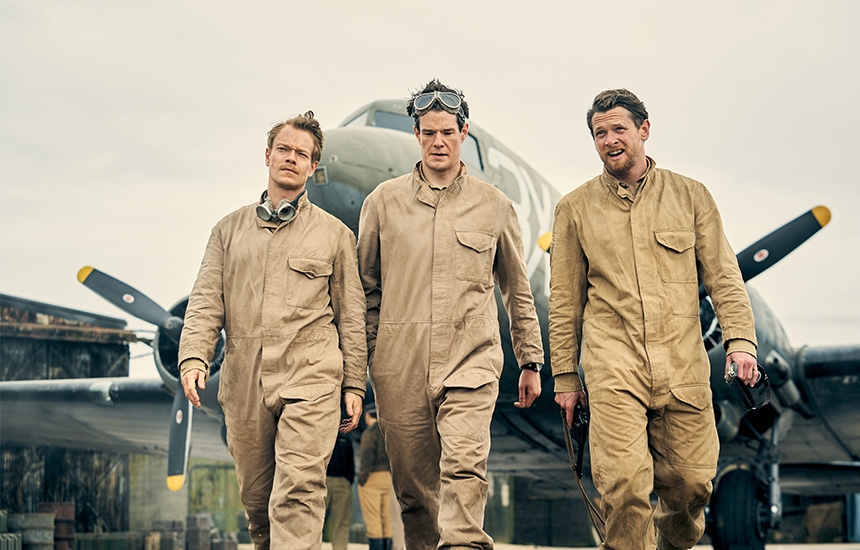 Banijay Rights has acquired new six-part limited series "Rogue Heroes" amid the conclusion of MIPTV 2022 in Cannes. “Steven Knight and Kudos’ magnificent Rogue Heroes continues to build huge momentum worldwide and we are beyond thrilled to secure this latest deal with CANAL+; taking this epic – and important - Second World War story to a whole new audience across France and all CANAL+ territories around the world," SVP French-Speaking EMEA, Banijay Rights, Isabelle Queme, said.

In a deal negotiated by Isabelle Queme, SVP French-Speaking EMEA at Banijay Rights, the title has been picked up by CANAL+ in France and for all CANAL+ territories around the world to broadcast in late 2022. The agreement follows premium network EPIX’s acquisition of the drama for the US in November last year – the first international deal for the series – and further sales
to HBO Max in Europe, Prime Video in Canada and SBS in Australia in early 2022. Commissioned by the BBC, SAS: Rogue Heroes will premiere on BBC One and BBC iPlayer in the UK.

Produced by Kudos and Nebulastar for the BBC and entitled SAS Rogue Heroes in the UK market, the series is a dramatized account of how the world’s greatest Special Forces unit, the SAS, was formed under extraordinary circumstances in the darkest days of World War Two. Rogue Heroes is developed for television and written by Steven Knight (Peaky Blinders, Taboo, A Christmas Carol) and will be directed by Tom Shankland, with Stephen Smallwood serving as producer. The series is executive produced by Karen Wilson, Martin Haines and Emma Kingsman-Lloyd for Kudos, and Tommy Bulfin for the BBC.“We are thrilled to add this incredible event series from acclaimed writer Steven Knight to our line-up here at CANAL+," Jean-Marc Juramie, Senior EVP, Pay TV Content, CANAL+ Group, said. "Our subscribers from all over the world will discover this important Second World War story about extraordinary men, whose stories have been further elevated by this outstanding cast.”

Based on Ben Macintyre’s best-selling book, "Rogue Heroes" centers on David Stirling, an eccentric young officer, who is hospitalized after a training exercise gone wrong. Convinced that traditional commando units don’t work, Stirling creates a radical plan that flies in the face of all accepted rules of modern warfare. He fights for permission to recruit the toughest, boldest, and brightest soldiers for a small undercover unit that will create mayhem behind enemy lines. More rebels than soldiers, Stirling’s team is every bit as complicated, flawed, and reckless as it is brave and heroic.

Connor Swindells will play David Stirling, with Jack O’Connell as Paddy Mayne, Alfie Allen, as Jock Lewes, Tom Glynn-Carney as SAS Founding member Mike Sadler, and Sofia Boutella as Eve. Dominic West will play Lieutenant Colonel Wrangel Clarke. "Rogue Heroes is a truly ground-breaking series created by the fantastic Steven Knight, and we are delighted that audiences around the globe will have the opportunity to watch what will be unmissable TV," Martin Haines, Joint MD, Kudos, said.

Steven Knight and Kudos’ magnificent 'Rogue Heroes' continues to build huge momentum worldwide and we are beyond thrilled to secure this latest deal with CANAL+; taking this epic – and important - Second World War story to a whole new audience across France and all CANAL+ territories around the world.” Isabelle Queme SVP French-Speaking EMEA, Banijay Rights,