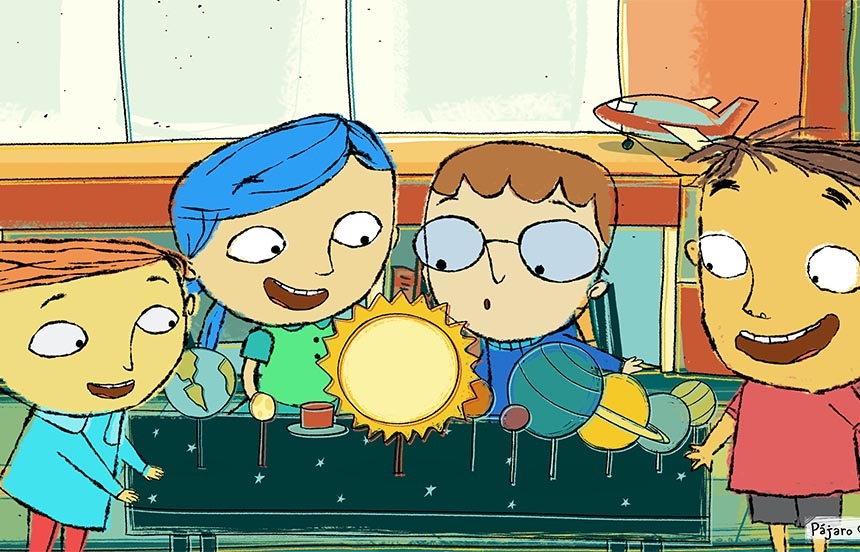 French animation production and distribution company Dandelooo has signed a deal with Grupo Globo in Brazil for Season One and Two of the pre-school animated series "Petit" and "Ella Oscar & Hoo". Both series will be available on Globo’s children’s OTT platform Giga Gloob and Pay TV channel Gloobinho.

Nominated for the 8th International Emmy® Kids Awards, "Petit" Season Three with a further 26 x 7’ new episodes, is currently in production and will see with the adventures of Petit, a sweet, fun, brave, creative, sensitive, thoughtful, intense, and innocent child who has a unique point of view of the world around him, as every boy and girl does.

Based on the book “Petit el monstruo” written and illustrated by Isol, an Astrid Lindgren Award winner, "Petit" (Season I: 26 x 7’; Season II: 13 x 7’) is a 2D series targeted at 4 to 7-year-olds. The series is produced by Chilean production studio Pájaro in co-production with Argentina’s Pakapaka and Nonstop and Colombia’s Señal Colombia.

"Ella, Oscar & Hoo" (52 x 11’), produced by French animation company Normaal and Piwi+, Canal+’s preschool channel is based on the picture books by Théo de Marcousin & Michael Dudok De Wit. A smart bubbly girl, a bouncy little boy, and a very young cloud: here are Ella, Oscar & Hoo! Together they will chase dinosaurs, explore mysterious woods, or be Santa’s devoted assistants. Every day is a new adventure, an opportunity to learn together about courage, honesty, and childhood friendship.