The animated short film was commissioned by Canal+ and is co-produced by Laidak Films and Dandelooo. 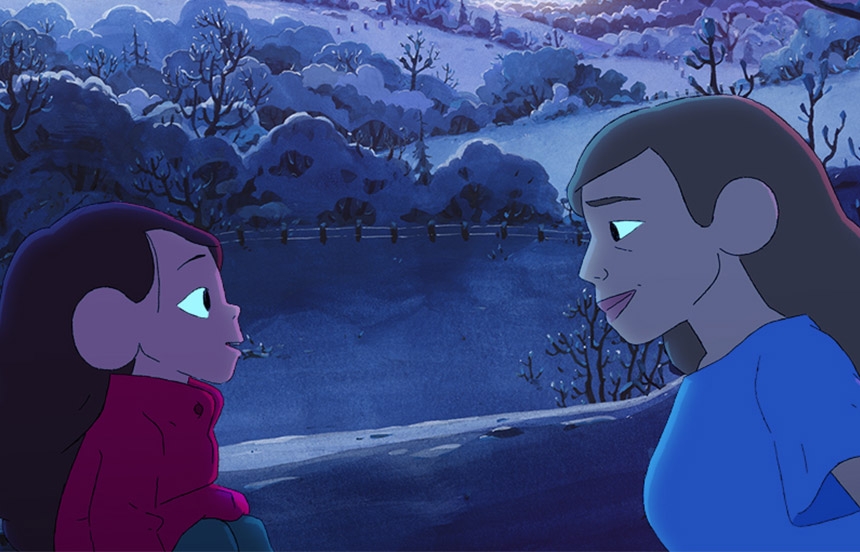 French animation production and distribution company Dandelooo and French/German production company Laïdak Films announce that the animated short film "Mum is pouring rain" is one of the 15 short films shortlisted for this year’s Oscars – the 94th Academy Awards.

Created and directed by Lagardère Foundation Winner Hugo de Faucompret, the animated real-life drama Special has been shortlisted in the Animated Short Film category. The prestigious Academy Awards nominations will be announced on 8th February, with the ceremony taking place on 27th March 2022.

Commissioned by Canal+ and co-produced by Laïdak Films and Dandelooo, "Mum is pouring rain" is a 2D animation with striking hand-painted backgrounds. The heartwarming, 26-minute Special gives a voice to a sensitive and meaningful adventure for children, using everyday life topics to which they can relate too.

Commenting on the nomination Hugo de Faucompret, Creator and Director said, “I’m delighted and proud to see that an independent film such as ours, with hand-painted backgrounds, and a creative and dedicated team can compete alongside big and prestigious productions”.

"Mum is pouring rain" is a touching story of 8-year-old Jane who must spend Christmas on her own with her grandma, while her mother struggles with depression. Jane doesn’t understand why her mother is not joining them for the Christmas festivities, but the holidays turn out to be quite an adventure as Jane meets new friends. As she learns to open up to others, Jane will inspire her mother with the strength to get back on her feet.