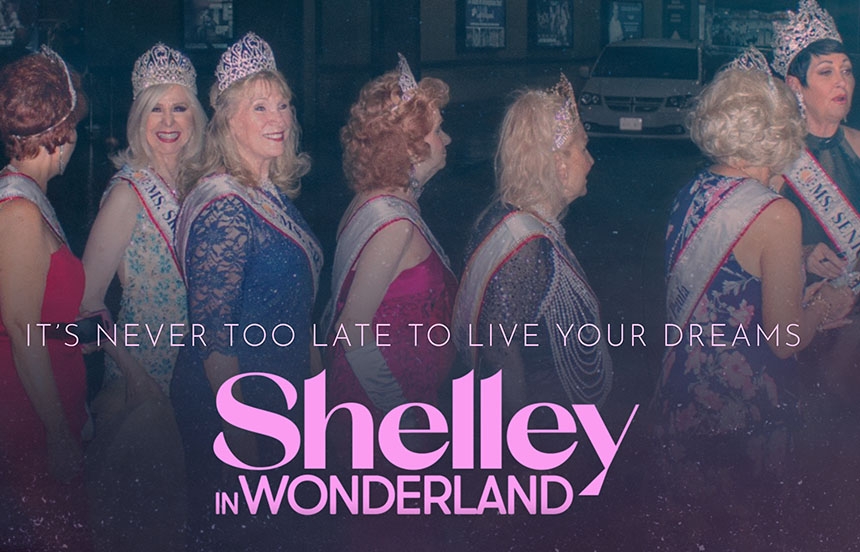 Directed by Sophie Dros ("King of the Cruise"), "Shelley in Wonderland" is a documentary about the desire for visibility and chasing dreams at an older age, following 62-yearold Shelley as she competes in the Ms. Senior pageant in Las Vegas. The film tells an intimate and personal life story about sacrifice and choosing for yourself, while also giving us a glimpse into the madness of America and its crooked beauty ideals.

“Sophie Dros’ 'Shelley in Wonderland' is a gorgeous work of art, and takes us on a whimsical yet sensitive journey into the world of senior pageant queens. Likened to a senior ‘Little Miss Sunshine’, we’re so proud to be representing this stunning, feel-good film which raises important questions around ageism, loneliness, feminism and visibility,” says Jessica Reilly, Senior Sales and Acquisitions Executive at Espresso Media International. “We’re thrilled to be working with the lovely team at Halal, and Shelley in Wonderland has a natural home amongst our strong slate of female-led and women’s orientated documentaries.”

Producer Olivia Sophie van Leeuwen adds: "'Shelley in Wonderland' is a film with the strong personal and touching story of Shelley at the core. At the same time, it portrays a universal need for visibility, recognition and beauty at an older age. Embracing life and claiming one’s place in the world, whatever your background or age is, is something that we want to celebrate. The eccentric city of Las Vegas is a sparkling arena that magnifies everything. Add the flamboyant characters to the mix, and you have the perfect ingredients for a film. We had a lot of distribution interest in 'Shelley in Wonderland', but we fell in love with the team at Espresso Media. They are really professional and passionate and they are a true pleasure to work with.”

Sophie Dros’ 'Shelley in Wonderland' is a gorgeous work of art, and takes us on a whimsical yet sensitive journey into the world of senior pageant queens” Jessica Reilly Senior Sales and Acquisitions Executive at Espresso Media International