Based on Matti Friedman’s bestselling book and written by Shtisel’s Yehonatan Indursky, the six-part limited TV series will chart the singer-songwriter's 1973 war tour of Israel. 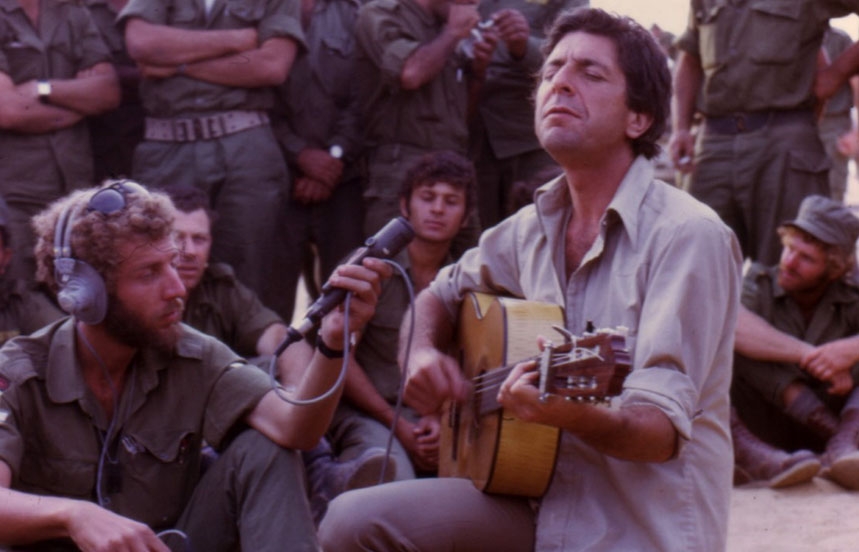 Global content producer and distributor Keshet International is partnering with Jill Offman’s Sixty-Six Media to co-produce a limited TV drama based on Matti Friedman’s bestselling book "Who by Fire: Leonard Cohen in the Sinai" for the international TV market. With plans to shoot in Israel in 2024, "Who by Fire" will be written by Yehonatan Indursky (Shtisel, Autonomies) and executive produced by Sixty-Six Media’s Jill Offman, who brought the project to Keshet, alongside KI’s Atar Dekel and Keshet Broadcasting’s Yuval Horowitz. Keshet 12, Israel’s most-watched commercial broadcast channel, is already on board as the local broadcast partner in Israel, while co-producers KI and Sixty-Six Media are now seeking to bring international broadcast partners on board. Friedman’s work is represented by the Deborah Harris Agency, while Indursky is repped by Kneller Artist Agency.

“As a life-long Leonard Cohen fan, I loved Matti Friedman’s brilliant book from the moment I read it. With Yehonatan at the helm and with my partners at Keshet, I am very much looking to bring this his extraordinary story to the screen. I set up Sixty-Six Media looking for undiscovered international stories with universal resonance, and it’s an honor to have this as our first project,” Sixty-Six Media’s Jill Offman, commented.

“Leonard Cohen’s 1973 tour was an exceptional cultural moment that inspired some of his best-loved works, and as fans, we are thrilled to be working with Sixty-Six Media and Yehonatan Indursky to bring this unbelievable true story to international TV audiences for the first time,” Keshet’s Head of Global Drama Co-Productions, Atar Dekel, said.

KB’s Head of Scripted Development, Yuval Horowitz, added, “We have wanted to work with Yehonatan for a long time, and Matti’s phenomenal piece is a perfect project for us all to collaborate on. Who by Fire reinforces our commitment here at Keshet to bring new Israeli stories to screen in Israel first before sharing them with the rest of the world. And as both a reader and a future viewer, I am curious to discover through Yehonatan’s retelling of actual events what brought Leonard Cohen to Israel at the height of the war.”

"Who by Fire" is just one title in KI’s extensive pipeline of co-productions at various stages of development and production that involve some of the best Israeli creative talent. Other titles include the eight-part crime drama "Rough Diamonds" (Netflix & VRT), which Keshet is co-producing with De Mensen (Belgium) for Netflix and VRT in 2023; crime drama "Unite 8200" (previously known as A Long Night in Paris) with Elephant (France); and "Four Mothers," a limited drama based on true events co-created by Rotem Shamir and Yuval Yefet (both Rough Diamonds, Line in the Sand, Fauda).

Described as "an expedition into the troubled soul of one of the world’s greatest songwriters", Friedman’s book tells the untold story of one of the greatest and strangest moments in the history of rock n’ roll: Leonard Cohen’s 1973 concert tour to the front lines of the Yom Kippur War. It was a moment when both Israel and the singer-songwriter were in crisis and when both were transformed. Not long after, Cohen released the acclaimed album New Skin for the Old Ceremony, which uses metaphors of war to describe the struggles of love and daily life in tracks such as the immortal Chelsea Hotel #2; the seminal Who by Fire, inspired by a Yom Kippur prayer about human mortality; and Lover, Lover, Lover, which Cohen wrote at an Israeli air force base at the height of the fighting.

In October 1973, the poet and singer Leonard Cohen – 39 years old, famous, unhappy, and at a creative dead end – traveled to the Sinai desert and inserted himself into the chaos and blood of the Yom Kippur War. Moving around the front with a guitar and a pick-up team of local musicians, Cohen dived headlong into a global crisis and met hundreds of fighting men and women at the worst moment of their lives. Cohen’s audience knew his songs might be the last thing they heard, and those who survived never forgot the experience. The war tour was an electric cultural moment, one that still echoes today – but a moment that only a few knew about until now.