The eco-thriller, portraying the story of four activists investigating the activities of a mining company operating in the Amazon Rainforest, will be available on VRT NU, a FVOD platform of public broadcaster VRT of the Flemish Community in Belgium. 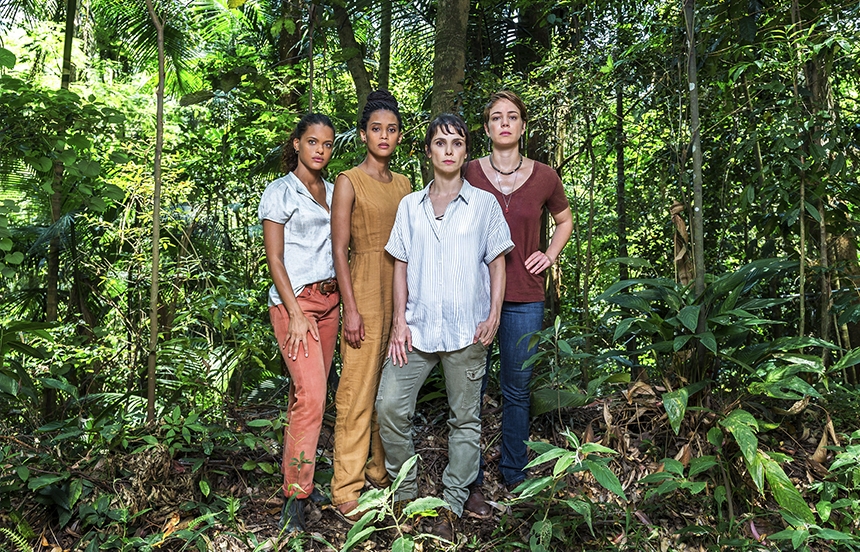 Globo productions keep winning over Europe throughout 2021. This year, the company has already taken relevant and thrilling content to countries such as France, Portugal, Croatia, Albania, Macedonia, Lithuania, Latvia, Georgia and Romania, and now it is Belgium’s turn, where original Globoplay series “Aruanas” debuts this July.

The eco-thriller, portraying the story of four activists with the Aruana NGO, investigating the activities of a mining company operating in the Amazon Rainforest, will be available on VRT NU, a FVOD platform of public broadcaster VRT of the Flemish Community in Belgium. The deal with VRT NU was closed by Lumière, which holds the distribution rights on “Aruanas” for Benelux.

The 10-episode series tells the story of activists Natalie, Luiza, Verônica and Clara, who, due to mysterious murders, disease and threats to natives of the Amazon Rainforest, head an investigation revealing a large scheme of environmental crimes involving illegal mining and a renowned national mining company. Also available in Netherlands on Ziggo and in the Benelux on myLum, as well as in Germany and France, “Aruanas” combines suspense and action, and raises an important debate on the urgent need to preserve the largest rainforest in the world.

“The increase in the volume of productions in Europe is directly connected to the audience’s identification to content that addresses relevant themes. The public is looking for stories that create a connection and that bring lessons and awareness. ‘Aruanas’ touches all aspects relative to environmental concerns, as part of our robust portfolio of Original Globoplay series, with agile and impactful narratives, able to engage several audiences anywhere in the world,”  said Angela Colla, Head of International Sales at Globo.

Sven Van Lokeren, Head of International Fiction Series Acquisition at VRT, added: “VRT, and specifically VRT NU, its FVOD platform, is always looking for exciting, new, unique and relevant content that engages its audience and offers unique viewing experiences. Aruanas ticks all those boxes and more. Its portrail of the threats to the Amazonian rainforest, and the way it was produced, in a unique environmentally conscious manner, makes it an extremely relevant and must-see series”.