RTL Group’s consolidated revenue increased 10.3% to €6,637 million (2020: €6,017 million), mainly due to strong growth of TV advertising revenue in the second, third, and fourth quarters of 2021; plus Fremantle and streaming businesses. 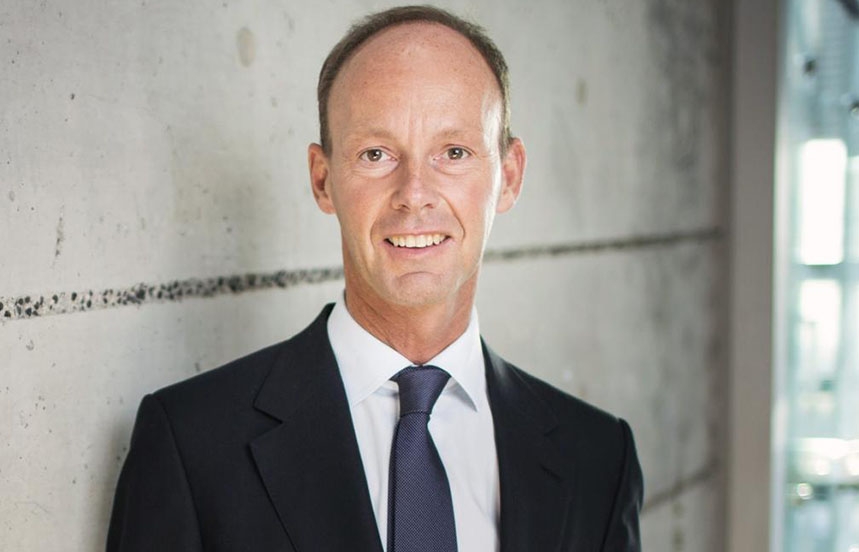 RTL Group presented its financials for the 2021 financial year. According to the financial statements, its total revenues increased by 10.3 percent to €6.6 billion in 2021. At the same time, RTL Group generated a record Group profit of €1.45 billion. The number of paying subscribers to its streaming services in Germany and the Netherlands increased by 73.8 percent to over 3.8 million. RTL Group’s consolidated revenue increased 10.3 percent to €6,637 million (2020: €6,017 million), mainly due to strong growth of TV advertising revenue in the second, third, and fourth quarters of 2021; plus Fremantle and the streaming businesses. Group revenue was up 13.5% organically compared to 2020 and 4.3 percent compared to 2019.

“2021 was a successful year for RTL Group. Revenue, Adjusted EBITA, and Group profit were up significantly, driven by the recovery of the advertising markets, our strong market positions, and active portfolio management, leading to a record Group profit of almost €1.5 billion. We also made significant progress in executing our strategy to establish national cross-media champions. Major consolidation moves in Germany, France, the Netherlands, Belgium, and Croatia will create significant value for RTL Group’s shareholders and stronger positions to compete with the global tech and streaming platforms," Thomas Rabe, Chief Executive Officer of RTL Group, stated. “RTL Group’s streaming and content growth businesses progressed significantly in 2021, with more than 3.8 million paying subscribers for RTL+ and Videoland and 81 new drama productions from Fremantle. We have significantly raised our streaming targets. Compared to 2021, we plan to triple the annual content investments to around €600 million by 2026. We aim to grow the number of paying subscribers for RTL+ and Videoland to 10 million by the end of 2026, increase our streaming revenue to €1 billion, and reach profitability in 2026," he said added.

“In 2022, we will expand RTL+ to become a cross-media entertainment service, comprising video, music, podcasts, audiobooks, and e-magazines. This will add significantly to the growth of RTL+. In addition, we will accelerate the expansion of our content production business, Fremantle – both organically and via M&A – with a revenue target of €3 billion by 2025,” Rabe also said.

Group profit grew strongly, reaching a record level of €1,454 million (2020: €625 million), mainly due to the increase in Adjusted EBITA, the capital gains from the disposals of SpotX and Ludia, and positive effects from the re-measurements of Super RTL and Stéphane Plaza Immobilier. Net cash from operating activities was €932 million. The operating cash conversion rate was 114 percent (2020: 123 percent). RTL Group had net cash of €657 million at the end of 2021 (2020: €236 million). RTL Group’s Board of Directors has proposed a dividend of €5.00 per share for 2021, of which €3.50 represents an ordinary dividend while the remaining €1.50 relates to the disposals of SpotX (cash proceeds only), Ludia, and VideoAmp. In 2021, RTL Group’s share price increased by 17.3 percent. Based on the average share price in 2021 (€48.6 ), the proposed dividend of €5.00 per share represents a dividend yield of 10.3 percent.

In May 2021, Groupe TF1, Groupe M6, Groupe Bouygues, and RTL Group announced they had signed agreements to enter into exclusive negotiations to merge the activities of Groupe TF1 and Groupe M6 and create a major French media group. The Boards unanimously approved the merger project of the four groups concerned. In July 2021, Groupe Bouygues and RTL Group signed agreements relating to the merger following the favorable opinions of the employee representative bodies. The completion of the transaction remains subject to conditions precedent, in particular, the authorizations of the competent authorities and the general meetings of the shareholders of Groupe TF1 and Groupe M6. The potential for synergies (Adjusted EBITA run-rate impact) is estimated at between €250 million and €350 million per year, to be fully realized by 2026. The transaction is expected to close at the beginning of 2023.

Later, in June 2021, RTL Group and Talpa Network announced they had signed agreements to merge their broadcasting and other media businesses in the Netherlands. The merger will allow the combined group to step up investments in local content, streaming, technology, and data, offering Dutch audiences the broadest spectrum of high-quality entertainment and reliable information programs. The transaction is subject to approval from the competent authorities. The potential synergies of the merger (Adjusted EBITA run-rate impact) are estimated at between €100 million and €120 million per year, to be fully realized by 2025. The transaction is expected to close in the third quarter of 2022.

In June 2021, RTL Group announced it had signed a definitive agreement to sell RTL Belgium to the Belgian media companies DPG Media and Groupe Rossel. With total cash proceeds of €250 million, the transaction is subject to regulatory approvals and is expected to close at the end of March 2022. In July 2021, RTL Deutschland acquired the outstanding 50 percent shareholding in Super RTL from its former joint-venture partner, The Walt Disney Company. RTL Group’s shareholding in Super RTL is now 100 percent.

In January 2022, RTL Deutschland fully acquired Gruner + Jahr’s (G+J) German publishing assets and brands from Bertelsmann for the purchase price of €213 million on a cash-free and debt-free basis to create Germany’s first cross-media champion. G+J contributes popular and trusted media brands such as Stern, Brigitte, Geo, Capital, Schöner Wohnen, Eltern, and Art to RTL Deutschland. The potential synergies of the transaction (Adjusted EBITA run-rate impact) are estimated at around €100 million per year, to be fully realized by 2025. In February 2022, RTL Group announced that it had reached an agreement with Central European Media Enterprises (CME) to sell RTL Croatia. The preliminary total consideration to be paid at closing amounts to €50 million. In addition, RTL Group will benefit from royalties under a long-term trademark license agreement with CME. The transaction is subject to regulatory approvals and is expected to close in the second quarter of 2022.

Finally, in April 2021, RTL Group sold its interests in SpotX to the US ad-tech company, Magnite. Following the announcement of the transaction on 5 February 2021, RTL Group exercised an option to increase the cash component of the transaction and received US-$640 million (€587 million) in cash and 12.37 million shares of Magnite stock. In September 2021, Fremantle completed the sale of its 100 percent shareholding in Ludia Inc. to US-based mobile entertainment company Jam City for US-$165 million (€146 million) in cash. Finally, in January 2022, RTL Group sold its entire shareholding in VideoAmp, a U.S. software, and data company for media measurement, for US-$104 million (€92 million) in cash.

In November 2021, the rapidly growing German streaming service rebranded to RTL+ and continued to expand its content offer, with 67 new originals in 2021 (2020: 37). In February 2022, RTL Group announced that RTL Deutschland had signed an exclusive agreement for an extensive, multi-year program volume deal with the U.S. production company Warner Bros. Entertainment. Starting from Q1/2022, RTL Deutschland will receive access to exclusive films and series, including HBO Max originals. In addition, RTL Deutschland will receive exclusive free-TV rights to future feature films and access to Warner Bros.’ vast library of high-quality series and feature films across all genres.

Fremantle, RTL Group’s global content business, targets full-year revenue of €3 billion by 2025. To reach this goal and keep up with the increasing demand for content, RTL Group will invest significantly in Fremantle in all territories, across all three content pillars – drama and film, entertainment, and factual shows and documentaries. Fremantle’s film business continued to grow, with seven movies produced in 2021. Its film, “The Hand of God,” directed by Paolo Sorrentino and produced by The Apartment for Netflix, was nominated for the “Best International Feature Film” category of the 2022 Oscars. In March 2022, Fremantle signed a three-year international filmmaking agreement with Oscar-winning actress Angelina Jolie. Fremantle and Angelina Jolie will jointly develop a variety of feature films, documentaries, and original series, that she will produce, direct, or star in. 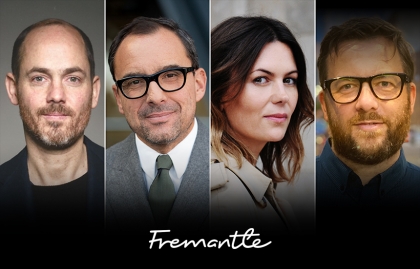 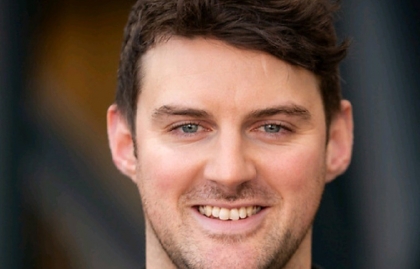 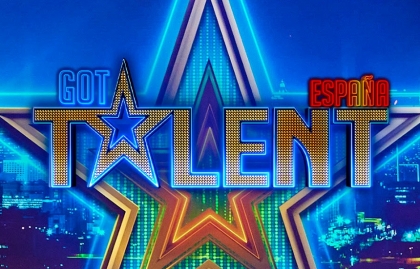 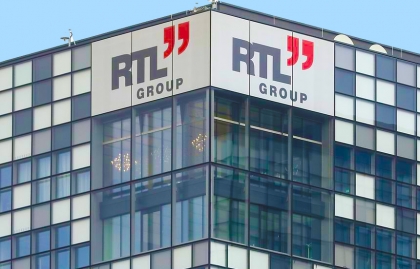