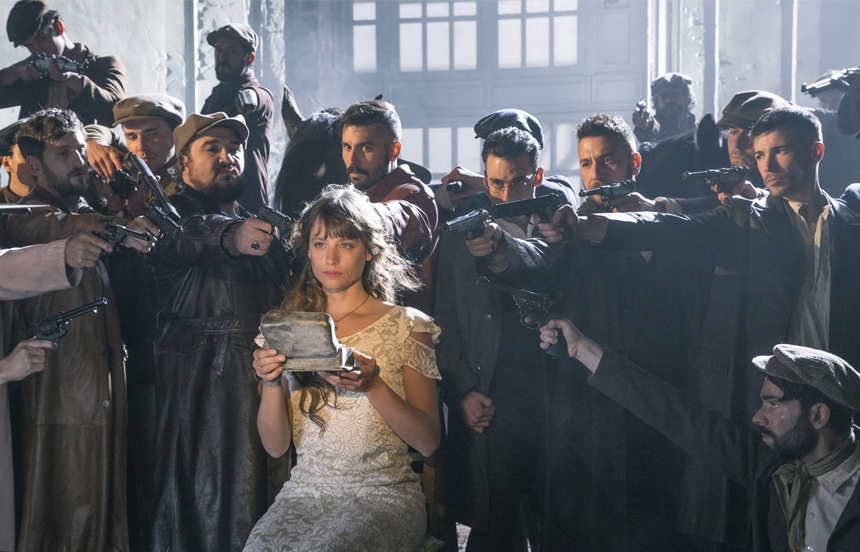 "El Continental" is set in 1922 as Spain is beginning to rise from the ashes of “the Great War” and strives to emulate the rest of Europe by becoming “fashionable.” With this in mind, the café El Continental opens, which people soon start to call “the first Cabaret.” Its owner, Alfonso Ungría, resorts to moneylenders to raise the cash he needs, but everything works against him, and the business fails to take off. The series begins just as Alfonso cannot pay his debts, a situation that will have severe consequences for his life and that of his daughter.

"El Caso. Crónica de Sucesos" is a 13-episode detective series. Each episode tells the story of a crime that made the front page or could have made the front page of Spain’s biggest circulation magazine in the 1960s. Two journalists with totally different personalities whose job is to investigate, sometimes in parallel and often in confrontation with the police, should write their reports about crimes of passion, people disappearing in strange circumstances, and all kinds of gruesome stories in one of the darkest periods of Spain’s recent history. They also have to get around political censorship, which was a constant challenge for editors at that time.

"Los Misterios de Laura" is a crime comedy-drama series with single-episode plots and ongoing plots around love and family affairs in a dramedy vein. Laura Lebrel, like many women nowadays, has to combine her career with her personal life. She’s a brilliant, recently-divorced police inspector who has to cope with the complex cases and take charge of two potential petty criminals: her children—living with a boss who is also her ex-husband and working side by side with a womaniser who happens to be… perhaps the perfect partner for her.
María Pujalte, the lead actress, won the award for Best TV Actress at the ACE Awards in New York.

"Sabuesos" is the story of Alberto, a young aspiring private detective and his dog Max. The unlikely team members work together to solve even the most challenging cases, enabling Alberto to fulfil his life’s ambition of setting up his own detective agency. Max and Alberto not only have to solve complex cases but have to find ways to do it so that neither his family nor the police find out about Max’s hidden talents. The only people who know about it are his fellow members of the crime gang he worked for, so they are trying to eliminate him.