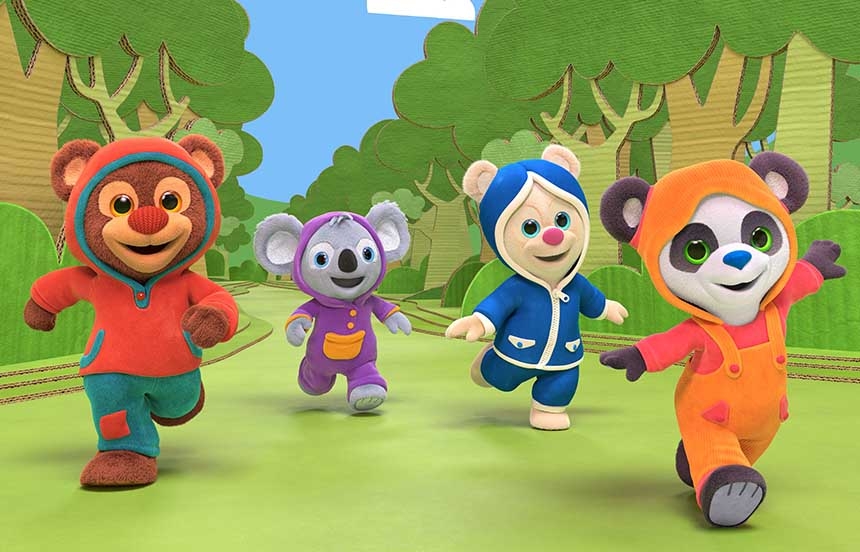 9 Story will bring Book Hungry Bears (52x11 min) to MIPCOM next month, sharing the first episodes with the international broadcast community. Book Hungry Bears is co-produced by Pūkeko Pictures , Breakthrough Entertainment and Hengxin Shambala Kids which will handle content distribution and licensing rights in Greater China. The series has been commissioned by Canada’s TVOkids and TFO , in association with Knowledge Kids and been picked up for broadcast on TVNZ in New Zealand and by ABC Australia.

Book Hungry Bears is produced with the Financial Participation of Shaw Rocket Fund and Canada Media Fund. Created by world-renowned children’s writer and illustrator Martin Baynton ( Jane and the Dragon ), the new animated series is centered around four Book Hungry Bears - Crystal, Boomer, Melody and Scout - who LOVE picture books. Every day they go on adventures in a beautiful papercraft world in search of a book they can share, catching books which flit and flutter like birds amid the paper trees. Each
adventure in the show finishes with the Bears successfully finding and settling down to enjoy a story book that reinforces the themes of the episode including topics such as change, diversity, perseverance, new experiences, shared responsibilities and making friends.

“We are excited to be announcing the appointment of 9 Story Distribution International and 9 Story Brands as our distribution and merchandising partner for Book Hungry Bears. Their expertise and experience in both facets of distribution and licensing will ensure the global success of this preschool brand and we can’t wait to delight audiences the world over with the animated series,” said Pūkeko Pictures’ Chief Executive Officer, Clive Spink. “We are elated to have the opportunity to work together with 9 Story Distribution International and 9 Story Brands. Their dynamic approach to distribution make them an ideal partner to ensure the global
success of this extraordinary pre-school series,” said Ira Levy, Partner, Executive Producer at Breakthrough Entertainment.